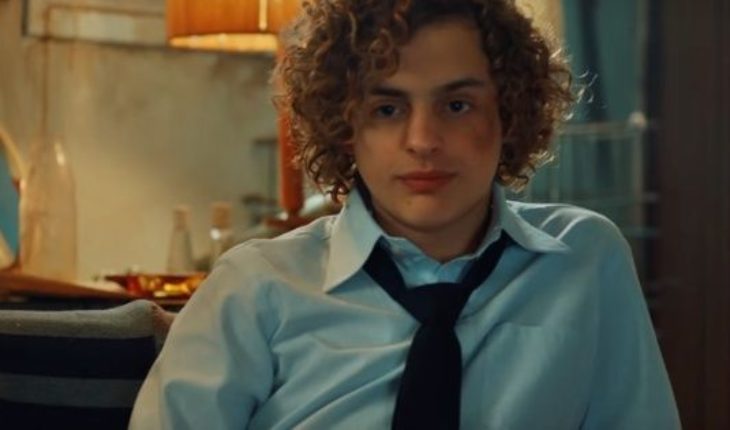 «the Angel» was installed on Thursday, August 9 in the cartouche of Argentine cinema, and since that day, reached an excellent debut with a turnover record for a national film.

The story of Carlos Robledo Puch jumped to the big screen and generated a revolution among the spectators. It is one of the most emblematic criminals of the Argentina, accused of murdering more than one dozen people and commit multiple burglaries with «a face of angel» and 20 years.

More than 45,000 spectators attended different rooms to watch the movie of Luis Ortega, who shocked with the debut of its protagonist Lorenzo «Toto» Ferro – the son of actor Rafael Ferro-, who in addition to his outstanding work has a strong resemblance to the detainee.

In the search for a shocking film, Luis Ortega took off from documentary film to tell the story of the murderer, having some licenses and inspired by the book «El Ángel Negro», of journalist Rodolfo Palacios from his perspective.

Lorenzo Ferro is «Ángel» so that both worked as a team together with Sergio Olguín (the fragility of bodies) to create the script.

Big premiere of «The Angel» in cinesEl «Ángel» week’s most watched premiere 44.550 spectators gathered on 327 screens and, according to ultracine statistics, was «the best Argentine debut for a movie not starring Suar-Darin-Francella from» «Gilda: I do not regret this love», in September 2016 «.

The film’s produced by Sebastián Ortega won almost twice as the start of «The least expected love» a week ago, film which is ranked the second most viewed post.

We talked with the elencoEl edge News team chatted exclusively with the cast of the most-watched national film (so far) year.

How was the process of composition of the characters? Why do we have to see the movie? Do you remember when it became known the case of «Black Angel»? Who gave Luis Palacios book? Did the younger players know about history? Get to know all of these answers and much more.