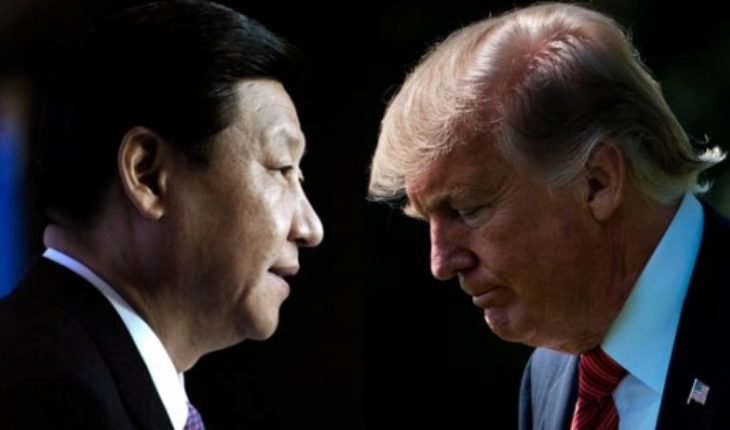 Dan McGahn says that it was an attempt of murder. And the victim was his business, American Superconductor (AMSC). The perpetrator, a Chinese company called Sinovel Windpower.
The two firms were business partners; but Sinovel bribed an expert to steal the key technology of wind turbine AMSC.
As a result, AMSC, based in Massachusetts, saw its sales collapse, its market value fell by US$ 1,000 million, and had to fire hundreds of employees.
«Attempted to corporate homicide,» repeated McGahn.
AMSC American company ensures that the china Sinovel Windpower stole its technology.
Although Sinovel continues also paying a $57.5-million agreement to AMSC, the American firm is recovering only a fraction of the losses they suffered.
The case of AMSC is perhaps what President Trump has in mind when he speaks against Chinese industrial espionage.
Chinese industrial espionage at the beginning of last month, the United States Government introduced tariffs on Chinese exports worth US$ 34,000 million, which was considered «unfair trade practices» result of China, involving the theft of American intellectual property.
Dan McGahn said that his company was the victim of an attempt of «corporate killing».
A few days later, the White House warned that tariffs could extend US $$ 200,000 billion in Chinese products.
Then, three weeks ago, Trump threatened to apply tariffs on all the $500,000 million covering the annual Chinese exports to the United States.
But will contribute this to Chinese enterprises cease to carry out acts of industrial espionage? Or should United States change to a more specific approach?
Bribery when AMSC wind power division was associated first with Sinovel in 2007, was applauded by its global ambition and commercial innovation at a time when countries around the world were rushing to build more and more wind farms.
AMSC knew that link up with a Chinese company involved risks, so used all kinds of strategies to limit it, as encryption codes software that operated its turbines.
However, without notice, in 2011 Sinovel announced that it no longer needed more shipments of the technology of turbines that had been buying to AMSC.
The company decided to encrypt their code to avoid a possible robbery.
Despite efforts by the U.S. company to defend their secrets, Sinovel had bribed an employee of AMSC, a Serbian citizen employed in his office in Austria, to deliver you software key.
To leave Karabasevic had offered him money, a job, an apartment and a completely new life in China. Finally, he was convicted by a court in Austria in 2011.
But the case of AMSC is far from being unique and US firms in sectors such as metals, microchips, telecommunications and transportation have complained that Chinese rivals to steal their technology.
Even the popular Oreo cookies faced a Chinese copycat.
It is said that the situation is so serious that the Commission about the theft of the U.S. intellectual property, an independent body which includes representatives of public and private sector, calculated that each year is robanUS$ 600,000 million intellectual property American and that these actions are led by China.
What happens in China McGahn says that the rules on foreign investment in the Asian country, including the need to partner with a local company, make it difficult for even more careful foreign companies protect their trade secrets.
In its discretion, throughout the system’s investment in China is configured so that companies there to win.
A few months later the arrival of Trump to power, gathered experts in the White House (technicians, specialists in politics, members of the Cabinet and academics) to discuss how to deal with the problem.
Trump says his country is an economic victim of China.
After a research of seven months, a report of the House white accused to Beijing of «transfers of technology enforced and distorted by the market».
The Chinese Government ensures that it is doing everything possible to avoid infringement of the intellectual property and in 2015 committed to eliminate companies that do not comply with the rules.
But Derek Scissors, an expert on China at the American Enterprise Institute group, believes that China has always been a technological «leech».
In his opinion, the Government is behind the Chinese firms that committed robberies.
The Chinese Government says that it takes measures against industrial espionage.
«The idea that these companies engaged in massive industrial espionage without the blessing of the Chinese Government is not as credible as possible,» said Scissors, who was one of the experts who advised the White House on the issue.
For others, on the other hand, it’s a more subtle process.
Espionage in cyberspace Mara Hvistendahl, Member of the Group of experts New America and author of a forthcoming book on industrial espionage, claims that Beijing simply ‘look away when companies steal to provide’ advances.
However, it agrees that prosecute spies who are already caught up red-handed is not enough.
It is the equivalent to arrest mules of drugs, instead of the instigators, when confronted with the illegal drug trade, added Hvistendahl.
In addition, espionage is developed increasingly in cyberspace, which allows perpetrators to be thousands of kilometres from the scope of law enforcement agents.
The other obstacle to a legal process is the lack of applicants willing to face exposure, says Professor Mark Button, director of the Center for Counterintelligence of the University of Portsmouth in the United Kingdom.
«Imagine that a large pharmaceutical company has a drug wonderful, if that information is filtered to a competitor, may have major financial implications. You can be a source of shame and have implications for the price of the shares», he adds.
That is why Button speculated that the lack of cases of high profile in Europe in recent years, probably disguised an iceberg in which incidents are hidden beneath the surface.
The only really effective Counterintelligence Strategy solutions can be a better defense at the enterprise level, suggests Button.
But Button also sympathizes slightly with tariffs of Trump approach to confront China with their practices and precipitate a «Showdown» on the problem.

Derek Scissors is much more sceptical: judgment, General tariffs do not distinguish between companies that have benefited from espionage and which not.
«The solution we have found is completely wrong. You have to punish the guilty or not to achieve a change in behaviour,»he says.
Instead, you’d like to see sanctions targeting specific companies, which reproduce clearly American technology themselves have not developed.
Scissors believes that that would be more effective than «the quick fix» chosen by the White House.
But aim and punish individual companies is a difficult road to travel, as evidenced by the experience of AMSC. 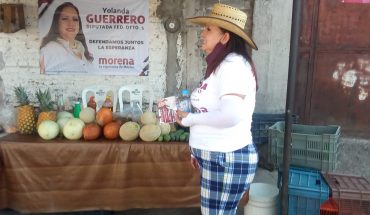