Miguel Angel Osorio Chong and Miguel Angel Mancera designations as heads of the benches of the PRI and the PRD in the Senate could be the basis of an opposition front in the legislative to cont rapesar the presidential power of Lopez Obrador. And if we add the bread, then the difference – 39% 61% in the Senate and 54% – 46% in deputies would be important to prevent servo.
In 1997 the opposition amounted to 52.2% of the seats in the House and built a front opponent who stopped the PRI of absolute majorities arbitrariness. The day of the installation of the Congress, PRI bet you to burst the ceremony, but the FO was able to remove the PRI control of the lower House.
The most morenoite of 61% in the Senate and 54% in Deputies is juncture and was a product of the AMLO effect; in the legislative elections of 2021 PT will fall and the PES will not exist. Morena itself won 37.8% in the Senate and 42.9% in members, less than 45% average of the PRI in past legislatures. As always happens, the parties in Government tend to pay at the polls the first crisis of expectations.
The possibility of a precarious, but possible – balance between the Executive and legislative branches will be in the configuration of agreements between the opposition caucuses. And in the PRI and the PRD came to the Senate two different political figures. The weight of their positions would define the role of those two parties in both chambers. Osorio was Secretary of the Interior and candidate for the Presidency better positioned than the non-PRI neolopezobradorista José Antonio Meade and Mancera imposed coalition government agenda and has underpinned the proposal of a PRD-PAN Alliance that Ricardo Anaya drowned in their selfish desires.
If the opposition of 39% in the Senate and 46% in the Chamber of Deputies an opposition front with an agenda of political – programmatic, coalition Government and really reform – modernization of system politician/Government/state constitutional regime, the most Obrador would be obliged to negotiate not restorative reforms of the old PRI.
An absolute legislative majority of Lopez Obrador reaches you for reform of laws, but the minority of a solid front opponent would be sufficient to disclose kickbacks. Congress serves not only to pass legislation, but that its parliamentary space helps reveal hidden political positions. And, in addition, an opposition front could build an agenda of political modernization reforms that could when less delegitimize the Restorationism morenoite.
The key would be that Osorio Chong and Mancera attained lead to the PAN, the PRD and the PRI to a programmatic agreement of reforms from the minority, against conservatism systemic PRI Morena and López Obrador. The agenda of change of regime and the PAN-PRD coalition Government remain in place and the PRI could be added with Osorio Chong a modern reworking of its social proposals.
Front opposition PAN-PRD-PRI in Congress would be a real counterweight to the leader of Lopez Obrador might and brunette only as franchise without programmatic proposal. At times the majority of the votes is not enough if opponents opponents manage to turn Parliament into a center of debates of national interests. And if the opposition minority in votes, it may be most in arguments.
The political counterweights began as strategic alliances. If PAN-PRD-PRI with a principle according to September 1, they have managed to contain the subjugation of July 1.
-0 – policy for dummies: politics is the ability to get ahead of the opponent.
For your eyes only: * remember to check every day the site www.seguridadydefensa.mx to find out about the geopolitical games of power.
* Purchase via free market crisis Mexico book… beyond 2018, Carlos Ramírez, to understand what comes after the elections https://buff.ly/2KeacRi and in Porrúa bookstores across the country.
* The argumentation of spending in the legislature cuts brings queue: paralyze opposition and give full support to Morena. It is not new. The PRI did in their times of absolutist rule. What should be clear is that it is not of austerity but political control from the Executive.
* Another reverse: there National Guard will be the next Government, although it was a campaign promise that generated votes. The reason: there isn’t enough money.
* Famous last words: «going to be a true state of law, independence and autonomy of the powers. Division and balance. Won’t the Executive power of the powers»: Lopez Obrador. 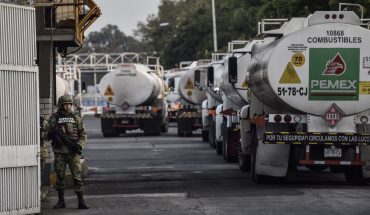 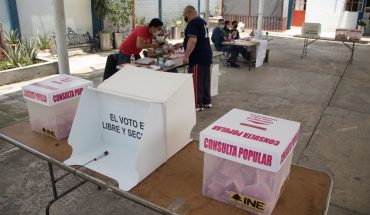 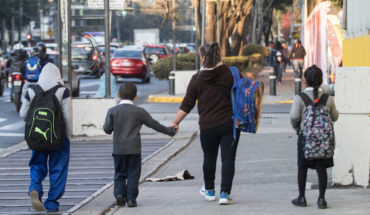