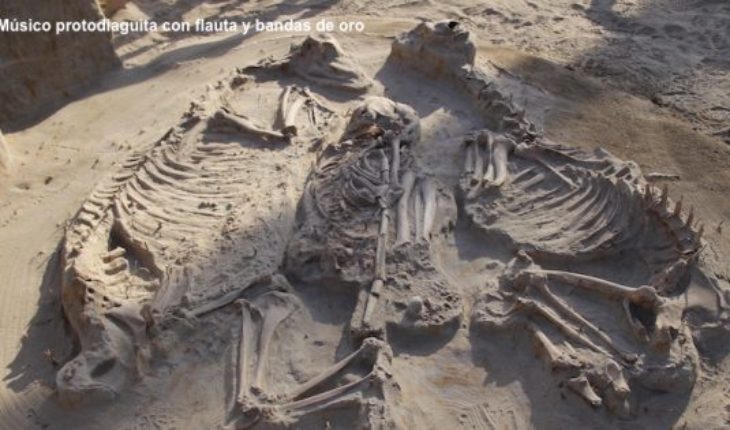 on December 2015 began the activities of rescue in a polygon of 380 meters long by 50 metres wide (nearly two hectares), corresponding to the archaeological site El Olivar, traditionally known by the inhabitants of La Serena, and particularly by the inhabitants of the sector of the company, as an «indigenous cemetery».
The work led by the archaeologists Paola González and Gabriel Cantarutti, which lasted until August 2017, 70 professionals involved – 30 archaeologists, 25 physical anthropologists and 15 conservatives, who made 14 campaign in place, on which the double-track road which joined La Serena with Vallenar, in the IV Region of Coquimbo would initially be built.
El Olivar – site that was first excavated by the American Samuel K. Lothrop in 1929 – excels in South American archaeology by the temporal depth and richness of their pre-Hispanic evidence, revealing a period of 800 years of occupation they would understand from the 700 and 1000 ad (ad) until the Inca phase of the Diaguita culture, which began around 1450 (d.C). For the Chilean context, the recent excavation is the largest in terms of area, known to date (332 m2 excavated), however, reaching only 2 per cent of the total area operated by the road. Meanwhile, it is estimated that the archaeological site would include about 40 hectares.
According to experts, El Olivar brings an unprecedented opportunity which will reveal hitherto not a known history of the pre-Columbian past of the Norte Chico, such as vision of the world, origin and cultural relations of the Diaguita culture with others communities, and for the first time will allow an approach to genetic relationships, archaeology of gender, childhood, quality of life and food, among other aspects.
Restored vessel. All photographs courtesy University of Chile a large settlement human during the 20 months of work at the site, were rescued 212 human bodies articulated, including 141 subadults composed 102 perinatos/infants, 25 children and 14 adolescents, as well as 44 secondary burials and 23 bone sets, articulated camelids 56 and 3 dogs or domestic dogs. Next to these findings were found a large number of stone, bone, malacological artifacts and metal, 170 vessels ceramic with varying degrees of integrity. Among the 27 metal artifacts found, which were mostly made in copper, destacansiete artifacts of gold, including rings and ribbons. There were also numerous artifacts made in stone and bone, including projectile points, whistles, textile instruments and flutes.
«Always talked about the cemetery El Olivar, but it is not a cemetery only, is a large settlement, close to a village, which is interleaved or coexisting closely with different burial areas, with a living very close between living and» dead», said Paola González.
«We also identified dogs or domestic dogs, buried in burial areas, one of them buried with certain rites similar to those made with human beings.» It is very rare to find domestic dogs here, so the team of Patricio López, who worked the archaeofauna, brought to Chile specialist Francisco Prevosti, a paleontologist who knows a lot about American Canids, and their analysis snapped that they were very «similar to the dogs of the Argentine Northwest, morphologically», said archaeologist.
Female protodiaguita ring. All photographs courtesy University of Chile another relieved by Gonzalez, is the analysis and reconstruction of the ceramic. «Here were more than 160 complete ceramic vessels, from different periods. Many of them were broken, then Conservative Francisca Gili has worked on the restoration, making really return to life to vessels that are unique,»said the professional in charge of the project, who, in consideration of all these findings, He said: «based on stratigraphic aspects of superposition of graves and also considering the intrinsic characteristics of the artifacts that comprise the funerary contexts, we can postulate that a difference there is between the Animas culture and» the Diaguita culture, but are fully imbricated. Burials there are with camelids to quite advanced the culture Diaguita, mixture of ceramic type in funerary contexts. Then, all the orderly so that we had to understand the dollar-cost averaging Potter cultures of the Norte Chico, is changing completely with El Olivar. More than about a term souls, we are going to apply to speak of a period Protodiaguita or initial Diaguita, that would be all the same culture».
What comes after the last campaign of the equipment at the site in August of last year, were carried out between October of 2017 and April this year micro blocks rescued excavation work, which contained bone material of difficult extraction. More than 30 professionals, both specialists in archaeofauna and physical anthropologists, carried out this work, with which we have managed to have one good knowledge of remainders bioanthropological, as the remains of the remains of articulated archaeofauna.
Vessel. All photographs courtesy University of Chile also archaeological materials were transferred to Santiago to avoid the high risk of conservation that ran in nearby containers to the archaeological site, in the Region of Coquimbo, and equipment ask the National Monuments Council as soon as possible to send samples of DNA, radiocarbon and stable isotope analysis.
The site of El Olivar was closed, and waiting for laboratory analyses, researchers are carrying out work of dissemination and publication of the results. With respect to the remaining acres that would encompass the entire site the decision already was bridged: «is crazy trying to make the full redemption of the Strip. In may 2016, when we were 170 bodies between detected and rescued, speak with the CMN, respect that did not seem to us nor scientifically correct or ethical, rescue anything in this polygon. We would have finished rescuing 2 thousand human bodies, why?. When one is an archaeological site, you should also think about the archaeologists of the future». 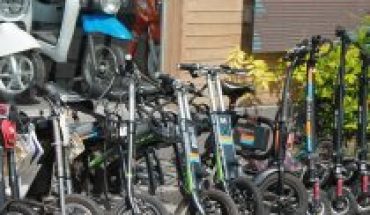 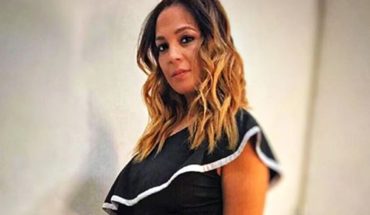 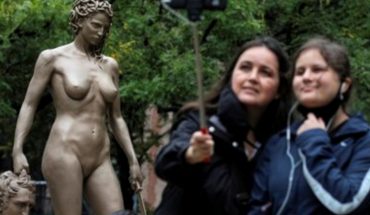