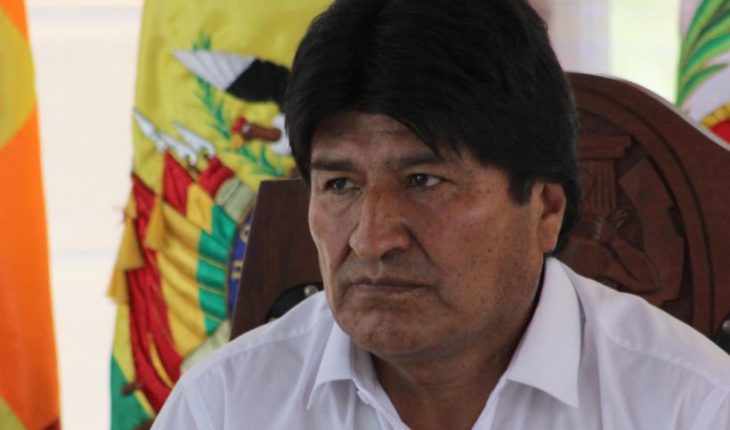 the President of Bolivia, Evo Morales said that “I will go to primary by decision of the people” when asked if he will participate in the electoral process in January 2019. In conversation with the newspaper “El Deber”, Morales said that “I will go to the primary decision of the people and the Supreme Electoral Tribunal (TSE), which has to comply with the Constitutional Court”. In that vein, the President said that some time ago he met with members of the TSE to “learn about the law of political parties. There they surprised us, they said were scheduled primaries in January, I got scared, I was surprised”. Facing polls showing former President Carlos Mesa well positioned for the elections, Morales said that “I don’t believe in polls. When have the polls earned me? And when they did they said that it would be the first with 51 percent and reached to 61 percent.” To urge you if you think that you can lose in the elections, Morales said: “I don’t believe in polls, point.” That is my opinion.” Chile: “your people will judge it” released statements of Evo Morales, the Chancellor Roberto Ampuero sent a memo to the Bolivian President: “would like to remind the President Evo Morales what he promised his people: first offered that the” “Chilean territory, it would be Bolivian, Antofagasta will be Bolivian, and also stated and promised his people that soon Bolivian flags flamearán in our peaceful”. “The President Evo Morales, what he has done today is to place very high rod and his people will judge by this”, Ampuero said.