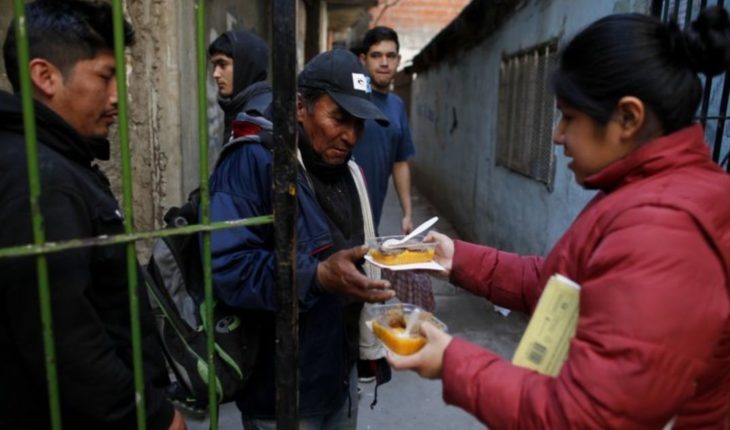 BUENOS AIRES (AP) – back from the door of a soup kitchen in Buenos Aires bars, several men expect a lean serving of meat and mash. In a densely populated village near a woman seeks to convince another that change you the small shoes of her granddaughter in a barter market. Two sides of a crisis roiling ghosts of the past. Dining room «Happy children» located in the villa 1-11-14, a marginal district of the Argentine capital, comes an increasing number of people whose pockets become smaller before the unstoppable rise in prices and the lack of jobs. In the place women juggling to stretch the rations that are used three times a day.» The Government (of the city of Buenos Aires) send us money for 440 daily food rations… but many more people come. We are covering 600 servings. We drips portions to give more people», he told The Associated Press Cintia García, responsible for the site where several women were busy cooking mashed potato and pumpkin in large pots.

Argentina is suffering an economic crisis affecting with special virulence to the most humble and a class average impoverished that they remain at neighborhood canteens and through the exchange of products, mechanisms used in other times of deterioration as during the collapse of 2001.La situation was accentuated in the last four months by the acceleration of the depreciation of the peso. In Argentina the devaluation of its currency against the dollar – more than 50% so far of the year – always moved to inflation, which this year will be more than 40%, according to a report issued by the Bank Central.Con the rise of the greenback also increase fuels and therefore the transportation costs, which in turn have an impact on the value of food in a country where most of the internal trade by road.» To make bagels a month ago spent 150 pesos (almost 4 dollars) in oil and seven packages of flour. There are now more than 400 pesos (more than $10) «, complained Gladys Jiménez, a Paraguayan of 58 years who come to the dining room of the district where they live crammed way tens of thousands of Argentines and immigrants from neighboring countries.

This photo of September 6, 2018 shows Lucía de Leon and her granddaughters April and Pricilla organizing articles that will offer in a market of barter installed inside a Community Center located on the outskirts of Buenos Aires, Argentina. De Leon said that is not her money after paying their bills. (AP Photo/Natacha Pisarenko)

In the dining room, which occupies the ground floor of a small store located in one of the alleys of the neighborhood, there are long tables and several wooden boxes filled with onions and potatoes. In the adjacent kitchen pans resting on several burners and huge pots are stacked in the background. In another nearby room several boys attend an educational workshop. The currency crisis also gives rise to speculative practices of traders, who expect to see what value will reach the dollar to highlight their products. Neighbors told AP that days ago, when the greenback soared up to touch 40 weights, did tail in small local place to gather products, but the owners refused to meet them.
«I said to my husband, ‘we are going to buy’, the people was with flutter to see that businesses were closed… I remember that in 2001 there were looting… I think that is going to happen again», said the Bolivian Martina Bilbao.

At the end of 2001, more than 50% of the population fell into poverty and the weight depreciated 75%. Banks froze deposits and a score of people were killed in street protests that led to the then President Fernando de la Rúa to resign. The reserves of the Central Bank were endless and the lack of confidence in the Government led Argentines to withdraw their savings from banks massively.

This photo of September 6, 2018 shows a post sports team in a market of barter installed inside a Community Center located on the outskirts of Buenos Aires, Argentina. (AP Photo/Natacha Pisarenko)

Although the current situation is far from that, analysts warn that poverty, which affects a third of the population, will increase to year and that the economy will collapse about 2%. Forecasts that are far away from the promises of the conservative President Mauricio Macri, who predicted a recovery in the economy, a decline in inflation and «zero poverty» to reach power by 2015. The Chief Economist of the consulting firm Management & Fit, Matías Carugati, told the AP that «between the recession and higher inflation are to deteriorate all the social indicators», which translates into more unemployment, poverty and conflict. The dozens of women who gather daily at the market of «Manos Unidas» Barter in the locality of San Francisco Solano, 25 kilometers south of the capital, trying to ignore the crisis by exchanging products. Posts pants, cosmetics, toys, rice, oil and yerba mate mingle.» Returned to the same that before, to barter», said León Lucía, who offered canned food along with relatives shoes on a table. Bethlehem Amaya de Sosa, one of the organizers of the market, explained that three months ago «we started with a few things, but as increased food such as milk and salaries are very low, came more people». Before the proliferation of street protests, the Government announced improvements in social plans, sending food to the dining rooms and the restoration of a system of control of prices of basic commodities, a mechanism that questioned when it was opponent during the Government of Cristina Fernández (2007-2015).
Macri is committed to achieving the zero-deficit in 2019 as part of an agreement in June with the International Monetary Fund by which the country obtained a loan of 50,000 million dollars to stem the crisis. For now, the credit has not reassured markets.

The President insists that it must be «the latest crisis» and stressed that «it is necessary not to spend more than what we have» while holding that the situation is a product of the severe drought which hit the field – the main source of foreign currency in the country –, the rise in the price of the petrol EO and interest rates in the United States, which harmed other emerging countries as Turquia.nicol Alcocer, one of the teenagers who attend the educational workshop at the same location where it operates the dining room, said not to understand much of the dollar and the markets.
Before, he said, «I ate roast (of meat)» every Saturday and now «four months». Nicole just wanted the situation to change to «eat better».
In this note: Buenos Aires Argentina Crisis Argentines dining rooms 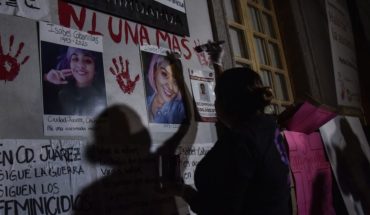 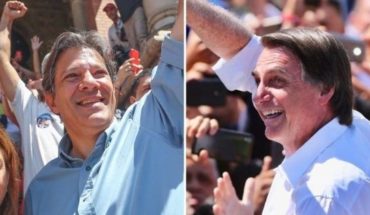 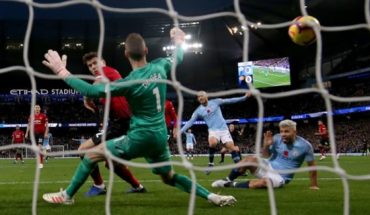