after nearly a week of captivity, Christ Jose Contreras was l iberado and is now with his family.
5 year-old boy who had been kidnapped by two gunmen last Wednesday, was released by his captors on Tuesday morning.
The information was confirmed by the President of Colombia, Iván Duque, who expressed his joy for the reunion of Christ Jose with his parents.
The President said that he spoke by telephone with the father of the minor, Edwin Contreras, who is Mayor of the municipality of El Carmen, in the Department of Norte de Santander, near the border with Venezuela.
«We are happy to be back home,» said Duke in his Twitter account.
The abduction of 5-year-old Christ Jose Contreras that shocked Colombia the news was also announced by the Ombudsman, entity that did follow up on the case.
The kidnapping of Jose Christ had shocked Colombia in recent days, causing a series of street demonstrations in several cities and requests for release by personalities and politicians.
Copyright of the Imagenalcaldia of the CARMENImage captionCristo José Contreras is the son of the Mayor of the municipality of El Carmen.Captores according to the Ombudsman, the minor is good health in spite of the almost seven days of captivity.
According to Colombian authorities, the child was released in a rural area near the place where she was kidnapped because the military fence that was installed.
An anonymous caller allowed that a patrol found the small abandoned and weeping, with the same clothes that wore the day of the Rapture and with many insect bites.
They came to offer about US$ 50,000 for any data that would allow to find the child.
Still don’t know who were the perpetrators of the abduction.
Copyright of the Imagenalcaldia of the CARMENImage Jose captionCristo was freed in a rural area and then a patrol found him abandoned and crying. The municipality of El Carmen is located in the region of El Catatumbo, one of the areas where it operates the guerrillas of the army of national liberation (ELN), dissidences of the Popular Army of liberation (Los Pelusos) and drug-trafficking groups.
It is one of the places in Colombia where the conflict with armed groups persists despite the demobilization of FARC.
Military spokesmen in the area said on Tuesday that it would be «irresponsible» to point out that the abduction was carried out by the ELN, although they acknowledged that it is one of the hypotheses that are handled.
Colombian media reported that Christ Jose was received with applause when he returned to his home in a van with his father. 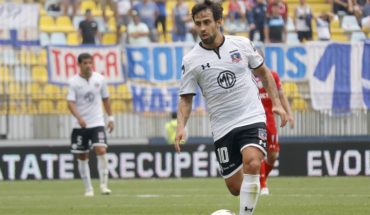 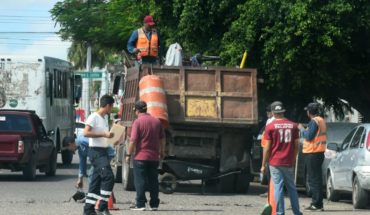