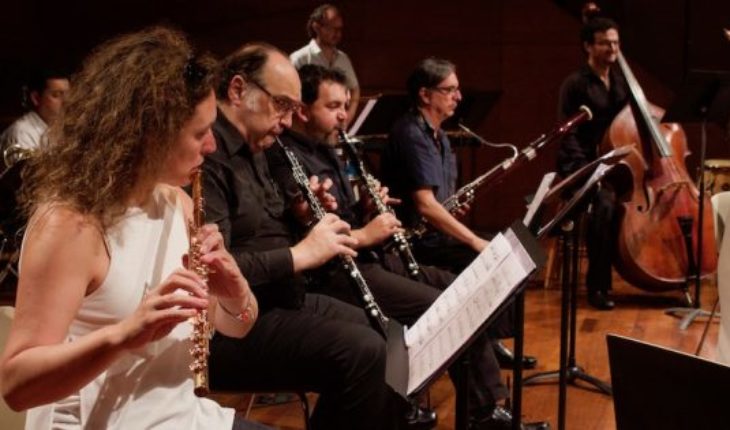 Music Festival Contemp. oranea UC on center of Extension UC Mall 390, Santiago. Metro Universidad Católica and Center Mall 227 GAM. Metro Universidad Católica.
Until Friday, November 9.
Free entrance.
All the programming here.
Sunday 4-Friday, November 10 will take place the traditional Festival of contemporary music UC, event that brings composers and performers of works existing in different parts of the world. The activities will be developed in the Magna Aula of the UC Extension Centre and at the Centro Cultural Gabriela Mistral (GAM).
In this twenty-eighth edition, UC contemporary ensemble, percussion group of UC, the Quartet Surkos and company of contemporary music of the University of Chile, will explore a wide repertoire: works for soloists and ensembles, vocal and instrumental, from the acoustic world to electronics and from classics of the twentieth century such as Vortex Temporum de Gérard Grisey and Continuum of György Ligeti, until the most recent experiments.
In addition, the Festival will feature the outstanding participation of three international sets of recognized artistic excellence, Ensemble Vertebræ (Mexico / France), lux:NM (Germany) and Musiques Nouvelles (Belgium), who will present recent trends of musical creation European and at the same time carry out collaborations with Chilean creators and performers.
Six days of contemporary music, the home of the 2018 version will be on Sunday, November 4 at 18:00 at the Magna Aula of the center of UC Extension (Alameda 390) with a program dedicated to wind instruments and percussion. At 19:30 hours in the same room, contemporary music of the University of Chile company will perform a programme focusing on the iconic and monumental score by Gérard Grisey, Vortex Temporum I, II and III.
Contemporary Assembly climbs onto the stage of the Aula Magna UC on Monday 5 November at 19:30 hours. In the program premiering the score rituals of speech by Miguel Farías and works of other representatives of the young generation of Chilean composers currently conquering foreign and national scenarios.
On Tuesday, November 6, also in the middle of UC Extension, the Surkos Quartet will perform works by Andrés Maupoint and René Silva and the whole burrowing, brainchild of Fernando Guede. They complete the program premieres nationwide Antonio Carvallo, Cristian Morales and Marcos Franciosi scores.
The A1 Hall of the Centro Cultural Gabriela Mistral (GAM), on Wednesday, November 7, will feature Ensemble Vertebrae with a Latin American new music program, which features a premiere of the national composer Jeremiah Iturra. Complete program the Arete Quartet, (Resident Quartet of the UC Institute of music students), with a premiere of the young composer Tom marshlands.
In the classroom San Mateo of the East Campus UC, on Thursday November 8 at 14:00 hours will hold a meeting with the whole lux:NM (Germany). This activity, in which there will be readings of works by young students in composition, is open to the public.
From 19:30 hours of Thursday 8 November, we will have the opportunity to listen to Camilo Brandi interpret in concert works for the harpsichord only of György Ligeti (1923-2006). They complete the program the Group of percussion UC, premieres in Chile’s Silvio Ferraz (Brazil) and Laurent Durupt (France) and a premiere of Aliocha Solovera. Those who want to repeat the experience of listening to the works of Ligeti, may attend on Monday 12 November at 15:30 to the UC East Campus, classroom San Mateo, to a didactic concert by Camilo Brandi.
At the classroom San Mateo of the East Campus UC, Friday, November 9 at 14:00 hours will be an encounter with the Ensemble Musiques Nouvelles (Belgium). On this occasion, will be an introduction to the innovative «Pierrot Rewrite» collaborative project that has invited more than 30 composers of various nationalities on the poetry of Albert Giraud, inspired at the beginning of the 20th century the famous Pierrot Lunaire of a. Schoenberg.
That same day, at 18:00 hours, in the foyer of the Hall A1 of the GAM, Emiliano González, Erik Marroquin, Vicente Araya and Diego Castro held a concert with classics of the 20th century for the guitar. At 19:30 hours, it will be the turn of lux:NM, who will show a concert with music from the last years of the German scene. Corona concert premiere in Chile’s Workers union of Louis Andriessen, in collaboration with Diego Castro. The next day, the same Diego Castro launched his CD Knockler (radical aesthetics for guitar music). The appointment is at 18:00 in the foyer of the Hall A1 of the GAM.
Finally, closes the festival presentation in concert of the project «Pierrot Rewrite» Musiques Nouvelles (Belgium). 25 miniatures, including the premieres of David Nuñez and Miguel Farías, Aliocha Solovera will be presented on this occasion.
Faithful to its vocation to promote and disseminate the Chilean musical creation, will be premiered numerous scores of national artists of all generations, from the youngest up to the already established composers. 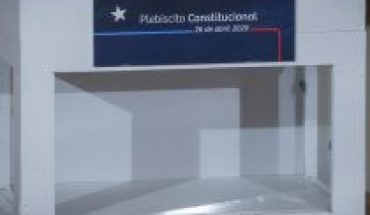 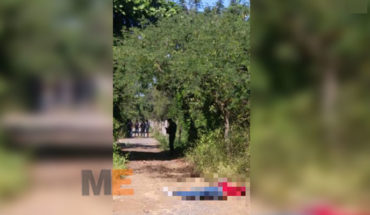