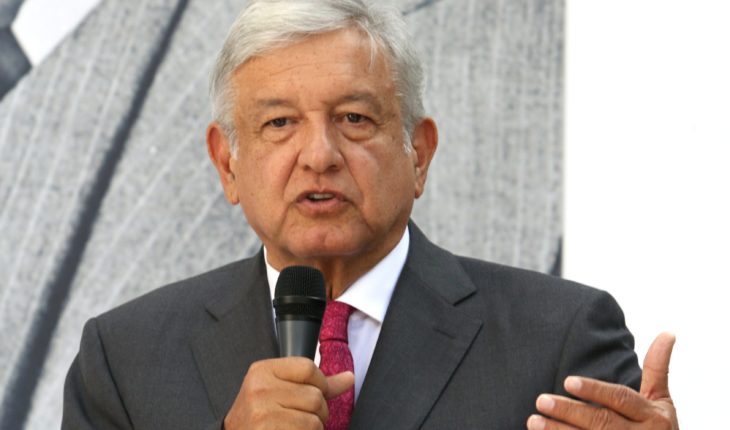 the President-elect, Obrador Andrés Manuel López, confirmed on Friday that if a national guard, will create short term while a few months ago he said that this would take time, arguing that the Armed forces would temporarily remain in the streets.
After a meeting with his security cabinet will be, he stressed that the National Guard «is a priority» because it is considered in the Constitution, in addition to the security plan will allow to face the crisis of insecurity and violence and suffering in the country.
«We took time but there is already an agreement, a consensus was reached because they participate public servers future responsible for this matter,» he added.
For the creation of the National Guard, he explained Lopez Obrador, «there will be some modifications constitutional and other laws, in order to ensure peace and security».
He also announced that his homeland security Plan is ready and will be presented next Wednesday.
For his part, Alfonso Durazo, next Secretary of public security, said that the formation of the National Guard will begin with the arrival of the new Government.
Durazo argued that the project takes up due to «security crisis» facing the country. «We need to make use of all those instruments that have the status to be more efficient in the guarantee of providing security to the population,» he added.
According to Durazo the national guard would be formed in the first half of the term, «is a process that takes time, not from one day to another».
However, last July he declared that the «National Guard», don’t you agree with, at least in the short term.
Durazo said that the elected President’s team determined that the creation of the national guard would require changes to the regulatory framework, among other requirements, for which «there are currently adequate conditions».
For this reason, he explained, will spur the resurgence of a new Secretary of public security, which will be an essentially civil police force and will lead the security strategy which will be deployed in the country.
«The consensus that exists in the new Government is the departure of the military from the streets in a period of three years. That is the strategy because they wanted to make it clear they are against the militarization of public security», he said at that time members of the collective citizen»Security without war».
This version of the permanence of the armed forces in the streets was ratified by the President elected last August.
«In the beginning of Government are going to act jointly, so that according to my powers you can count with the support of the army and Navy in what has to do with ensuring internal security in the country (…)» We are going to rely on the army and the Navy to ensure public safety. I repeat, it will be a process so that in the medium and long term, we have a national guard, able to ensure peace and tranquility in our country», he said.

With information from Notimex and reformation (subscription required).