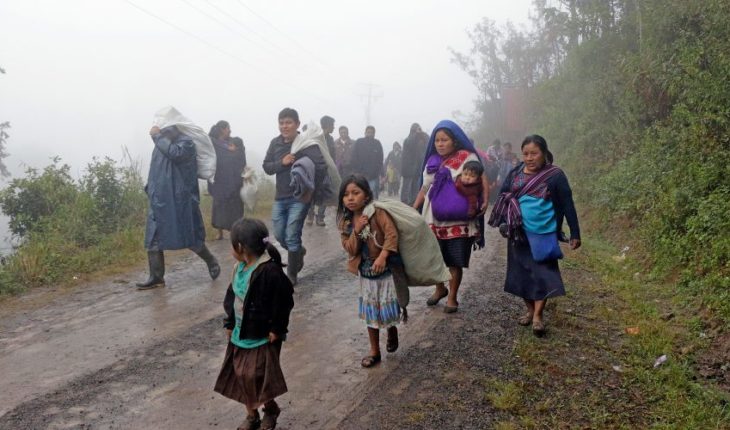 peasants displaced from the municipality of Aldama, Chiapas remain isolated in the camp who were forced to flee earlier this year. Leave to work in the coffee plantations, or to buy food are at risk of being shot by paramilitary groups, which remain along the road to attack them in their path.
Three weeks ago they fear also out at the prospect of being arrested, as seven arrest warrants were issued them for homicide and criminal association, according to his representative, Cristóbal Santiz.
In that area the armed attacks are frequent from 2016, when revived a territorial dispute dating back to the 1970s between the communities of Santa Martha and Aldama, who compete for 60 acres of coffee grounds.
However, Santiz ensures that violence hit last Wednesday and has not given to date. Product of the recent attack, two community members were wounded in the arm and torso, respectively. On Sunday night, even the commoners warned an attempt to enter their camps.
These threats, 780 displaced people avoid leaving more than for the indispensable, though within their camps several children and elderly already have diarrhea and respiratory diseases. At the same time, the resources run out to buy food and medicine, given the difficulty of harvesting the coffee and the losses that have had when they go out fleeing bullets without be able to take the harvest.
READS: since you kill me, I’m tired: violence still choking to displaced persons who returned in Chiapas the municipal government has sent les some batches of food and medicine during the eight months of the agrarian conflict that keeps them out of their communities, but these are finished and for the past month have not reached most, according to Santiz.
«Last Wednesday began strong shooting when they were about 25 or 30 people to reaping the harvest of Xuxchen. As at 11 in the morning, when assailants in the community of Santa Martha, were seen by groups we started shooting in coffee plantations, when we were working. We had to go as I could, scattered, abandon what they’ve collected in the coffee plantations. We had a car and trucks and return walking because along the way we receive the shots,»says Cristóbal Santiz via telephone.
Residents allege that the Government has not acted on any level, municipal or State to protect them from these attacks. Santi assures that the Secretary of Government of Chiapas, Carlos Mario Culebro gave them the reason in the agrarian conflict, said that the lands are yours and the inhabitants of Santa Martha should return, but so far no official action has sought this be fulfilled.

Animal politician you have applied version of the Secretary of Government but so far it has not received a response.
Azalia Hernández, Coordinator of communication of the Centre for human rights at Fray Bartolomé de las Casas – organization that is helping displaced persons – confirmed that the shooting continue in the municipality of Aldama and violence intensifies because coffee harvest season began, and the aggressors are preventing farmers harvesting it, what is limiting daily economic resources.  Therefore the Centre published an urgent call to Government of Manuel Velasco so that it will protect the life, integrity and security of farmers.

forgotten agreement
conflict between residents of Aldama and Santa Martha, Chenalhó is a field shared between both towns. In 2009, both parties signed an agreement before the unitary agrarian Tribunal to transfer to Aldama 60 hectares of that territory, 40 of which are used to grow coffee and the other 20 for corn and other products, said the representative of the comuneros. Agreement accorded to Santa Martha compensation of one million 300 thousand pesos through the grounds at Aldama, however, in 2016 they returned aggressions armed in order to recover that territory, according to the story of Santiz and publications of the Center Fray Bartholomew. Due to violence, Aldama residents were forced to leave their homes and remain guarded in other coffee plantations, in caves, in camps only covered by tarpaulins or with relatives in nearby municipalities.

The conflict has left up to now three dead, an adult and their two minor children who were gunned down in April last year, and five wounded. The most recent are Emiliano Santiz Hernández, 26, resident of the community of Coeztzinam which was reached last Wednesday by a bullet in the left arm, while working in their coffee plantations.
On Saturday he was wounded in the torso Héctor Jesús Sanchez Pérez, of 21 years, when he returned from work in the field. Hospitals closest to move the wounded in that area, according to Cristobal, are in San Andrés Larráinzar, half an hour of Aldama, in San Juan Chamula, 40 minutes and in San Cristóbal de las Casas, about an hour.
Sanchez Perez was transferred to the farthest because in San Juan Chamulla told him that there were no doctors or cure material.
The representative ensures that there are 115 villagers who went to seven families with assaults and threats within the 60 acres invaded. «At the end of the harvest they felled all the coffee plantations, they cast you machete up to large trees, which are the shade of coffee; they began to attack the families who lived there, threatened to kill them, burn their homes, and met him», features Santiz.
LEE: We have hunger and thirst: displaced people in Chiapas lost their heritage after territorial conflict although they still displaced, residents are forced to leave and walk along a path that is permanently guarded by the aggressors, since it is the path to your coffee plantations. That is when they shoot them. Villagers flee but return intermittently to try to recover the harvest, or for food and medicines. They have tried to protect themselves with brigades in the roads, but the only weapons available to defend themselves are machetes, sticks and stones.
«If we detect lights or noise on the roads, we move all that people be prepared to leave if necessary. Also in the surrounding communities were a signal that we are to monitor the community. We play whistles or bells. So we communicate», has the spokesman.
When the attack threats are imminent they reported to the task force of police in Santa Martha, but have not succeeded so far that the police keep an eye on permanently, though shooting can be heard almost every day.
another threat:
in Aldama hunger have begun scarce food, since workers can not lift their coffee harvests at the danger of gunfire, and therefore cannot sell their product to buyers who used to come to their communities. «They will suffer great hunger already this year,» laments Christopher.
It adds that in camps children and older adults get sick of diarrhea and influenza, and medical support has been intermittent, as well as classes, that are suspended for weeks because the teachers do not want to go to school for fear of being attacked. In the community of Xuxchen, quotes Christopher as an example, there are no classes for a month.
The municipal government has taken them food but not permanently, a situation that worsened with the change of Government. On October 1 the new mayor of Aldama, Ignacio Pérez Girón, took possession and his Administration has not delivered anything arguing that even not have been released the resources.
Santi said that last May there was a meeting between the parties in conflict to try to resolve it, which only resulted in the signing of a Bill in which Santa Martha authorities pledged to prevent its inhabitants to continue shooting, but have not the attacks ceased. «There has been progress because they are very violent, has to intervene the Government or that puts the rule of law,» says Santiz.
Instead, it ensures the representative, the Court issued arrest warrants against seven of the displaced villagers, four of which are or have been in the past community representatives. Designated crimes are homicide and criminal association, and although so far none has been arrested, lawyers of the accompaniment committees for displaced persons forcibly being processed protections to avoid her imprisonment.
«The Government doesn’t want to us resolve because it wants to us to send elsewhere, send to other ground but we do not accept. Also want us to pay the 60 hectares but we don’t want to because there are families which is all they need,»said Cristóbal Santiz.
The Director of communication of the Centre Fray Bartolome said Wednesday they will report to a year of the displacement of the comuneros of fallow, one of the three municipalities affected by the agrarian conflict, along with Aldama and Chenalhó.
Rodrigo Soberanes information. 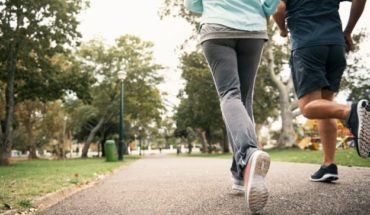