just published the discussion a few days ago that «.. .If Conapesca authorities still do not deliver the 33 billion pesos that were labeled them for the program of marine engines, Sergio Torres Felix warned that it will lead decision of the Offi» CES»(7/Nov/2018). Today marks one week and not yet reported if already delivered funds to coastal fishermen. Last Monday, the DEBATE published: «farmers from Sinaloa, were planted outside the offices of Conapesca, they demand release them the support for the acquisition of larvae is established… the Vice President of the Association of farmers of the entity stressed» that are 81 million pesos which adebt them.» The sum of those two demands of support for fisheries affecting hundreds of coastal fishermen and fish farmers from Sinaloa totals 114 million. In 2015 and 2016, only according to the data which were able to learn from Conapesca, companies of the tuna and sardine Pinsa diesel subsidy received 118 million pesos. This single business conglomerate had more subsidies, two years ago, the fishermen who tried to lead the Secretary of the State Government in a decision of federal government offices. This comparison shows that it is something not working well at the federal office responsible for public policies on fishing: in Sinaloa is granted subsidies to a company and not to other social sectors. The State official should do an analysis before placing an illegal action. For example answer the following questions and make public the answers: does many employees hire Pinsa in Sinaloa and how many families have their legitimate income from the sale of its workforce? Many sinaloan is self employed and maintained their families with income of coastal fishing and aquaculture? Have effects on the environment through pollution and predation: on the one hand, the fishing of tuna and sardine;? and, on the other, coastal fishing and aquaculture? This information would give a livelihood to his speech and could lay the groundwork for a political mediation between the two levels of Government. Otherwise it could be interpreted as an intimidatory action, even someone could dare to accuse him of blackmail. The public left open scrutiny. Open information and give to know the answers to the questions posed would give legitimacy to the demand of the State official. When there is public information, there is no room for speculation or transcended. Calderon, Peña and the Narcotraficoel Government of President Felipe Calderón distinguished himself by centralizing its political discourse in the fight against drug trafficking. In 2007 was published the first academic article to discuss this political phenomenon and its relation with the electoral legitimacy of the Calderon Government (Social Description: details of drug trafficking, Arenas magazine Sinaloa de Ciencias Sociales, N ° 14, 2007, UAS). Years later, passed arrests and leak and began a lawsuit in New York against the alleged drug trafficker, Joaquín Guzmán, alias El Chapo. Yesterday, according to note of the DEBATE, one of his lawyers, Jeffrey Lichtman, «told the jury that the real boss of the Sinaloa Cartel is the also accused Ismael ‘Mayo’ Zambada, who never spent a day in prison and remains at large, and that has paid»to the current and the former President » of Mexico (…) millions of dollars in bribes». Such signaling was published by the AFP Agency.» A month before that was published in the DEBATE that Sergio Torres will lead decision Conapesca, readings published the gait analysis of the secret to the public of a character of corridos, which now Joaquín Guzmán Attorney, designated as head of the Sinaloa Cartel (reading s, 7/Oct/2018). Already it was not only in 2010, interview with Julio Scherer or a debate between candidates for Governor, or, in the calendar of the Phantom in 2016, that leaves out the name of Ismael Zambada, the may you alias. Now it was in front of a jury in a trial on drug charges against other sinaloense. Paragraphs: Lighten and darken: Calderón and penalty immediate NietoDe, after be known the note of AFP, via Twitter, former President Calderón and the spokesman for the Government of Peña Nieto, denied the accusation of lawyer Joaquín Guzmán. The strangeness of these clarifications is the power attributed to a lawyer. Because a public official, representative of the President of Mexico, and, a former Mexican President, decided to clarify that no money of Chapo Guzman corrupted them? Who’s that lawyer or that information available so they have to clear up a former President and spokesman of the President until November 30? How the friend’s ranch says: rinsing, darkens. Because interfere to the President of Mexico, elected by the vote of the majority of Mexicans, in a trial for drug trafficking in the USA? Why a former Mexican President, also elected by the vote of the majority, is inserted to clarify the sayings of a note from a French news agency? What implications would he a judge of the USA will send call, after November 30, the former Mexican Presidents Calderon and penalty, in that trial for drug trafficking. What if the U.S. Government decided to suspend the visas of the two former Presidents and their families? 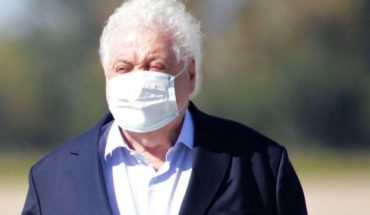 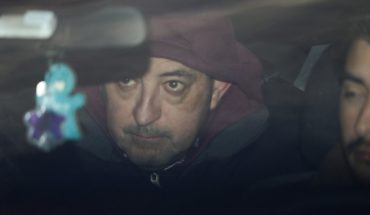