the Minister Secretary General of the Presidency, Gonzalo Blümel, was present at the national State program, where He spoke of the death of Camilo Catrillanca and the complex situation experienced by La Araucanía.» What happened in La Araucanía is an extremely serious fact and effectively puts on predicament of the Araucanía Plan development»said in the panel where also stated that because of this, the initiative was»more necessary than ever». Blümel explained that one of the main difficulties for progress in pacification, is that in the area there is no confidence, something we are trying to reverse.» «We have raised in the Central Plan and in the Government program is the creation of a Council for peace in the region supported by all sectors so that the repair and the search for peace is something built from the region and all the actors» He added. Similarly, the Minister defended the existence of the jungle command in the region. «There are acts of violence that are special, different to those that occur in the rest of the national territory. Therefore it has to be. Now, you have to operate within the framework of the law, that all the support to police, within the framework of the law. «And if out of the framework of the law, all severity that the law contemplates». 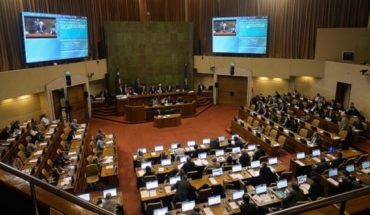