the forest are a very serious problem. They are not the only problem. But if the Government does not take off the forest of la Araucania, the solutions to the many other injustices suffered by the mapuche with the assistance of the Chilean State may be patches useless for a bleeding for almost 500 years.
The forest are not the only problem: in the Pehuenche sectors are hydroelectric dams and the geothermal; on the coast, the fishing industry and salmon; on the Argentine side, the fracking with the oil companies.
Violeta Parra: «Chile limited to the center of injustice».
I’m not an expert on the subject. But how much I’ve been able to ask, learn and study, I see that in the Araucanía collide two opposing worldviews. The mapuche known one with the Earth and its environment. Their world belongs to him and he belongs to the world. A unique cosmos is divided, divided and shared by beings who tuned in, live and die with each other. The violence in it is a reality, and even a necessity but that ultimately benefits all its creatures. The mapuche extracted from nature the indispensable to live. You don’t need to accumulate. The mapuche people is peaceful while they don’t want to do it slave. It aspires to a social and cosmic harmony.
The Western worldview of Chileans, however, is very different. It is predominantly modern. The Chilean, mixture of many things, to the extent that represents the territory of Western culture, from the 19th century onwards, has stripped the mapuche people of their lands with bad art. Not avarice and greed without measure features of modernity, but these pests feed on the Cartesian vision of the world of agreement to which nature is «extensive beef» at the disposal of the human being, the owner of the universe. Until recently this way of being human seemed the pinnacle of humanity. But, since we began to suffer from ongoing ecological disaster, the mapuche people and so many other peoples in different places of the planet which has also because suffer encroachments and genocides teach us other ways of living together, not completely free of barbarism, but in many ways more wise than the West.
The conflict closed between these two worldviews is that what Chile offers as a development, the mapuche movement perceives it as invasion. The mapuche people want development, but appreciates the most extreme sectors struggle in defense of their original dignity.
The case is that during the military regime, the forest invaded the mapuche cosmos. They entered its territory with a violence that the national oligarchy could not see because it had, and has, another vision of the world. They razed with native plantations, they slit the lands, they threw pine, poplar and eucalyptus. Not repaired in the amount of insects, birds and mammals that died on his. The timber industry seized the waters. The water supplies dried up. Polluted. They entered and came out of the Araucanía, put silver and took out more money, and today complain of lack of protection to their trucks.
Camilo Catrillanca? Another murder.
The Araucanía Plan of the Government promises the mapuche recognition as a people. Not bad. It promises any kind of quota for political participation in the Chambers. Not bad. Not could better offer any way to collective political recognition? The Plan promotes a series of advances that must be valued as steps forward. The deep motivation is the quest for peace. Is this an honest motivation? I am struck this text: «It is imperative to face the situation of La Araucanía and especially that of the mapuche people, in all its facets looking for solutions based on dialogue, repair, recognition, progress and respect for the rule of law».
But the Plan does not mention among the facets to the forest. Not once in the entire document refers to them. Why not? Continues: «this does not prevent to require that any process of dialogue, has as a prerequisite an explicit renunciation to violence by all parties involved». Question: the invasion of the forest, would also cease to get the dialogue started?
The Plan seeks peace. Excellent. But if the Government does nothing to remove the forest of the Wallmapu (mapuche territory), there are good reasons to think that the Plan is not otherwise a rediviva version of the pacification of the Araucanía commanded by Cornelio Saavedra with powder and sabers, a political action and military Savage, and undeniable.
«Arauco has a sentence». And the forest, could have any? Cannot be excluded that they plan a voluntary withdrawal of a territory that does not belong to them. Well, it would be the Government to cooperate in this task, which ask for it, in addition to withdraw troops.
Arauco has more than one penalty and many Chileans, that we are not mapuche, also. We must regret, therefore, that the use of violence to achieve the objectives, mechanism reempleado by the logging industry for 40 years, jump from the countryside to the city. It is happening. It should not continue. Peace in Araucania, the cosmic harmony that Westerners began to crave, requires the forest to stop an occupation that has begun to move tempers from yellow to red. 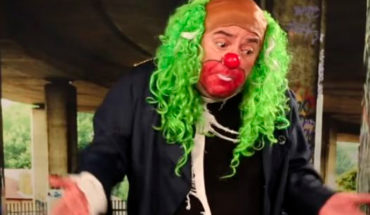 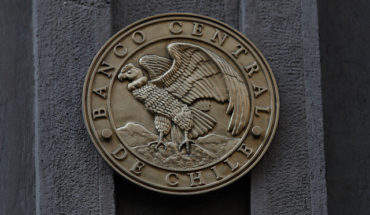