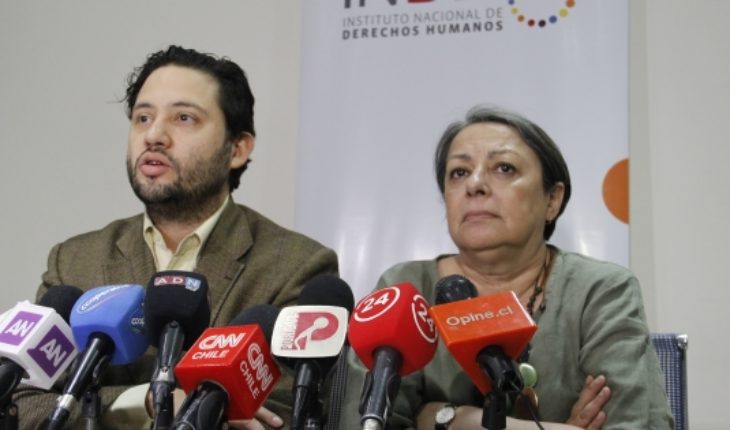 The National Institute of human rights (NHRIS) will present three legal proceedings against Carabineros de Chile for possible abuse, insults and threats against family members and own adolescent than ac ompanaba to Camilo Catrillanca at the time of his death.
As detailed on the team of the NHRIS of the Region of la Araucania, yesterday Wednesday, December 6, were presented at the police station of Collipulli, where interviewed three persons belonging to the mapuche community of Temucuicui, who had been arrested . One of them found in a so-called “State of drunkenness” and the other two by disorders.
The Prosecutor who descended on the place, dismissed the State of drunkenness and said that, according to the records reviewed, could only have history of desorden-falta, whereupon, left them free.
At the police station, in addition, the NHDR staff received reports of assaults and ill-treatment against detainees. Among those complaints is the one formulated by the father of the teenager M.A.P.C. (the same that was with Camilo Catrillanca at the time of his death) and with regard to who the Court of Collipulli warranty had already ordered measures of protection on their behalf.
As M.A.P.C. pointed out, was harassed repeatedly by officials from police, who recognized him as the companion of Catrillanca and who told him: “we’re already going to bumping nu3vo, and hence vai’ to fall”.
Before these events, Consuelo Contreras, Director of the NHRI said that “they are very serious. We always point us concern the situation of this child for everything he has experienced since the death of his friend, Camilo Catrillanca and torture that was the victim. It is unacceptable that it has now been threatened and that his father has been beaten. We demand that this investigation and protection measures are taken so that this does not happen again”.
In addition, the Director said that “does not correspond to neither the teenager M.A.P.C. or any boy or girl mapuche is harassed by government agents and is the victim of violations of human rights”.
Consuelo Contreras added that legal action will be presented and that “in addition, we reported immediately to the Minister of the Interior so that, as the political authority, it can assess the administrative measures that correspond”.
With respect to legal actions that will present the Institute Rodrigo Bustos, Chief of the Judicial legal unit of the NHDR, pointed out that “with respect to the child M.A.P.C. will present a complaint by threats in the Prosecutor’s Office. We will also present a brief in the Court of appeals of Temuco, because that Court precisely in these days was a remedy of amparo of the Institute on behalf of this child and other members of the Temucuicui community. In the case of the father of M.A.P.C. we use a complaint for unlawful constraints”.
To the action of the NHDR, joined the lawsuits announced by the family of Camilo Catrillanca.
While all this happens, the investigation against the police involved in the fact continues. On Thursday, the lawyer who advised officials Cristián Inostroza, declared in quality of imputed by the edge of obstruction of Justice. Specifically, your participation in the making of the first statement that officials of the BEPGS delivered is being investigated.
In this regard, Marcelo Catrillanca, father of the villager, said that “today we see that manipulation, probably own the police lawyer did it”. In addition, Catrillanca remarked that his son was not a criminal and that “never lied, therefore, today every lie has been falling”.
On the other stand, the new lawyer of one of the four officials of the BEPGS, questioned the version that says that the memory card GoPro camera – which will contain images of the murder – have been destroyed.
Regarding this, Catrillanca said that these videos “perhaps have much commitment to what the Government did not want to face” and emphasized that “we ask our lawyer is be prepared because here there will be much complaint to deal with the situation”.
Ask for protection for the child who was with Catrillanca on the other hand, the citizen observatory requested the Inter-American Commission on human rights (IACHR) protection for M.A.P.C.
In the document sent to the IACHR, which agreed the third PM, ask to adopt precautionary measures in order to protect the teenager and “ensure their right to life and mental integrity”.
The report also chronologically details what happened during that day in the community of Temucuicui, including the story of the child, which secured have been victim of constraints.
“When he was handcuffed is a policeman from behind and hits me with the ICU [arma]comes another behind that said you ‘Colonel’, and hit me again.” To put the spouse of plastic and stuck me kicked and told me ‘parate culiao’ and I rise and I see Camilo and enter it is. They stuck me a paipe [golpe en la cabeza] and I hit the door of the tank and me up. Carried to Ercilla Camilo”, says the text.
The petition also argues that “as he has explained, the facts alleged are of gravity, as they can lead to the involvement of the life or physical or psychological integrity of the lower M.A.P.C, every time to be the key witness of the death of the Mapuche community member” Camilo Catrillanca, you may be victim of pressure, threats or even attacks by the police force – police – acting in the context of communities mapuche who claim their rights. In particular, when the officials who participated in the procedure which led to the killing of Camilo Catrillanca were able to erase the audiovisual recording of this and to exercise unlawful constraints against the lower M.A.P.C”.
In the request, in addition, Observatory citizen called upon the Commission to urge the State of Chile to “report on the events, and the actions taken to investigate and punish the facts that gave rise to the adoption of measures precautionary”. 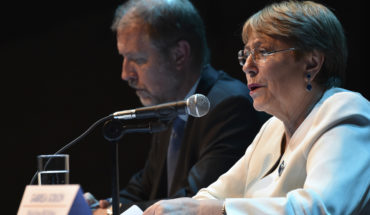 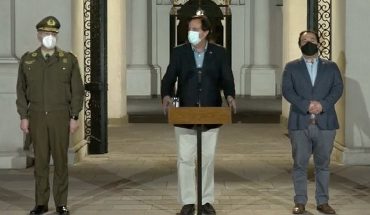 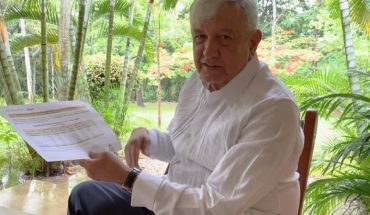