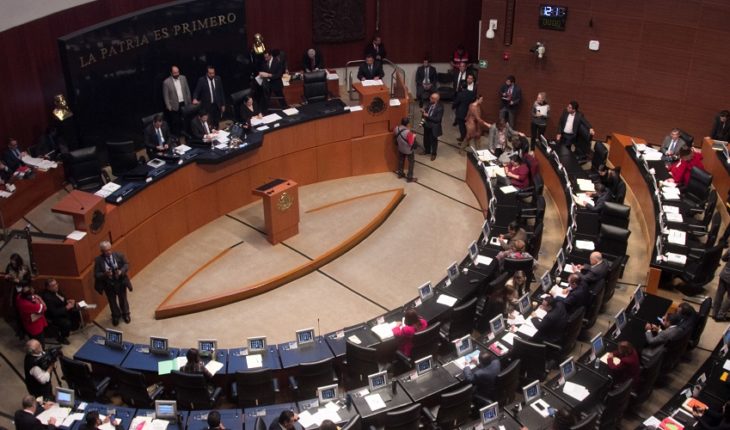 the full Senate approved in general and in particular reform of the constitutional article 19 which sets the informal prison offences as sexual abuse against minors, enforced disappearance and disappearance committed by private individuals, as well as the use of social programs linked to corruption and electoral purposes.
According to the opinion, the only public prosecutor may request the judge pre-trial detention precautionary when not to guarantee the appearance of the accused, the development of research, the protection of the victim or witnesses, or the accused has been prosecuted for fraudulent crimes.

the reform, which was approved with 91 votes in favour and 18 against, also provides informal pre-trial detention to crimes of theft to transport in any mode and offences relating to firearms and explosives for exclusive use of the armed forces s. ? is approved in general and in particular the opinion that reform constitutional article 19 in respect of informal pre-trial detention, refers to @Mx_Diputados. pic.twitter.com/D82J3yxKzk – Senate of Mexico (@senadomexicano) December 7, 2018

approved document empowers the Congress to within 90 days you make policy adjustments to include in article 167 of the national code of procedures The criminal hypothesis in case criminal firearms and explosives for exclusive use of the army, Navy and air force.

other amendments that were made in the middle are a transitory article that points out that the offences on corruption, illegal enrichment and abuse of authority, shall enter into force from the appointment of the head of the Prosecutor’s Office Related acts of corruption.

in Gallery Senator Emilio Álvarez Icaza explained that this constitutional reform is a substantive part of the strategy of the fight against the insecurity of the present Government, but as it is raised is a setback in terms of human rights, so that He urged the banks not to repeat the mistakes made in the last two six.

“Inegi studies point out that to the extent that a Government sets most repressive control mechanisms are increasing crime rates and arbitrary arrests”, said.
Pan Damián Zepeda criticized the reform to ensure that he is approved to send someone to jail without checking his guilt.
“What today we are doing is that an appraisal, which automatically, without any appraisal, always send to jail a person who has not been found guilty, because we can discuss and say there is: ‘is not, is not worth it, because it is a measure precautionary'” is in prison the person Yes or no with informal pre-trial detention? Clear that Yes, up to 2 years of his life”, exposed to position itself against.

I regret the adoption generally of the opinion that expands the number of crimes of informal pre-trial detention. This is equal to jail without guilt. My vote was against. #NoALaCárcelSinPena share my speech ? https://t.co/Nb2fQcqAv8 pic.twitter.com/PV3thKPdtL – Damián Zepeda (@damianzepeda) 7 December 2018 in both, the national human rights Commission (NHRC) said that this measure would be a regression in the justice system, because believes that not paying “social reintegration, justice alternative, or to the principle of presumption of innocence, indispensable to respect and develop the accusatory criminal justice”.

We express concern to the Senate by initiatives that expand the catalogue of crimes subject to informal pre-trial detention. This measure is contrary to the #DerechosHumanos and should be applied in exceptional circumstances and as a last resort. ?? https://t.co/7wAkXVUURu pic.twitter.com/BNtnbAVitU – CNDH in Mexico (@CNDH) December 6, 2018 for Senator Samuel Alejandro García Sepúlveda, of the parliamentary group of citizen movement, it is a figure that should be deleted because “it works for failing to investigate”and it’s a form of pressure to accept the facts:”it’s torture, arbitrary detention and may result in the disappearance”of people. Also said that 100 thousand Mexican are in jail without receiving any ruling by the informal pre-trial detention.

I regret deeply the adoption of the opinion of #PrisiónPreventiva, that this afternoon was approved in the Senate with 91 votes: it is regressive and contrary to human rights, @MovCiudadanoMX was the only base that voted against. pic.twitter.com/ncPmtTk6CG – Clemente Castañeda H (@ClementeCH) 7 December 2018 the Senator Alejandro Gonzalez Yanez, of the party of labour (PT), supported the reform that are part of the new policies of the Government of Andrés Manuel López Obrador, and he added that this legal change treats the problem of impunity in the law enforcement and the administration of Justice.

miguel Angel Mancera, the PRD Senator, said that pre-trial detention is a measure precautionary measures whose goal is that the suspects do not shirk of Justice, as it is currently with the call “revolving door” that allows their prompt release, by the that he supported the reform to name this bench.

It would be a great achievement that #PrisiónPreventiva Oficiosa disappeared, so, should improve the mechanisms of procurement and delivery of Justice and not at the expense of the security of citizens. Here my position on this measure prudential: https://t.co/Mx349FX9Iv #mm pic.twitter.com/uKLYviVMxC – Miguel Angel Mancera (@ManceraMiguelMX) 6 December 2018 with information from Notimex 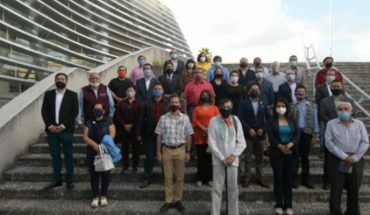 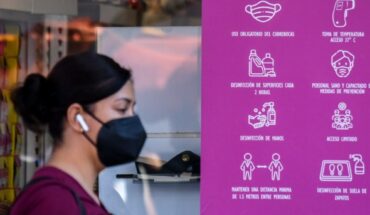