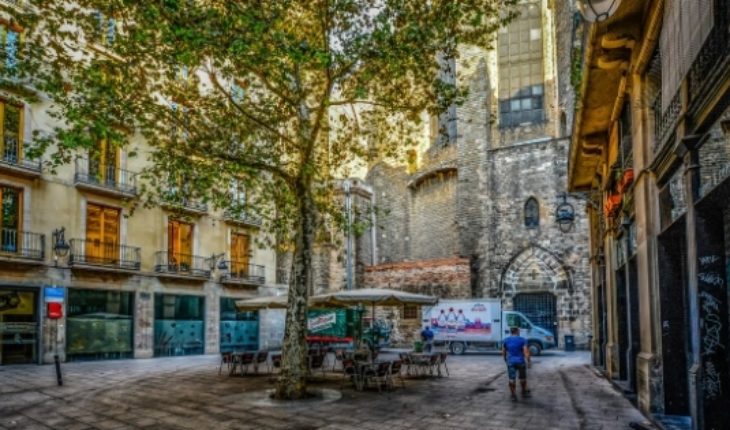 And ole! It will hear the intense footwork and castanets, Gaudi and his impressive buildings that adorn the city, and the long waterfront which ends by illuminating this Bohemian city. But this article is not intended to speak of the tourist city, such as the Sagrada Familia, or the Park Güell or Batlló House.
The independence of Barcelona? Either, otherwise, will discuss a topic in which all Spaniards are agree: good food.
Spain is the world capital of wild potatoes, Iberian ham, paella of all kinds – from Rabbit very popular in the city of Valencia, croquettes, bread with tomato and of course the dangerous pitchers of sangria.
A great example of good food is the capital of Catalonia and its surroundings. If we are going to start with big, we put as number one Celler de Can Roca – La bodega de Can Roca-, of the brothers, Joan, Josep and Jordi Roca. Located one hour from Barcelona in the city of Gerona., founded in 1986 and has traditional Catalan cuisine as a specialty.
awarded with three star Michelin, and named two years as the best restaurant in the world (in 2013 and 2015) by the British magazine Restaurant Magazine and its list of 50 Best.
The passion for the kitchen felt by the Roca brothers began to forge in Can Roca, the restaurant that his parents built in Taialà, a neighborhood on the outskirts of Girona. The tasting menu is priced at € 180 and 17 small starters and 7 plates form it. The duration of this menu is about an hour and a half. The Festival menu 195 euros and is composed of 17 small snacks and 14 dishes.
Now going back to Barcelona, if we go along the line of the menu tasting, we can find ABaC and Enigma – more new bets in this category-. Jordi Cruz is responsible for making shivering the palates of guests of ABaC, also awarded 3 Michelin stars.
Cross received his first star Michelin short 24-year-old, becoming the chef younger of Spain to receive one, and the second in the world to do so at such an early age. Defines his cuisine as “evolutionary e restless, based on the product and where it has no place both creativity and tradition”.
In addition to restaurant, it is a boutique hotel. With just 15 rooms, made in an old bourgeois residence with a huge garden that surrounds him in Barcelona.
There are three types of menu, the first one is à la carte, have another ABaC Menu “Our tradition” for €180 “, and the third is”The great ABaC our Vanguard”for 210€.”
If we talk about a new proposal on this in the “tasting menu”, is Enigma. And that the latest culinary expression of the famous chef is Albert Adrià. It dazzles both in your kitchen, wine cellar, cocktail and dining experience.

The restaurant is a maze of 700 m2, designed to generate the sensation of being inside an enigma and wrap the diner in an atmosphere of mystery.
They welcome you with a few drinks, foams and things chopping inviting you to guess what you are giving to try. Something that looks like a strawberry, but that actually has flavor to salmon for example.
Then make you go to your table, but immediately take you to a “station”, you are moving all the time by the restaurant. In this first, make you try fresh fish so fresh that they produced nothing to “decorate” it, but grace is to prove that fish from the purest possible, and “grace” is that you only get it at this restaurant.
The second season, is meat you served in a table type teppanyaki – tables of sheet steel for Cook – in which the chef will pulling meat and explaining what it is and what is special compared to other cuts and preparations.
And finally you “spoil your House”, “Lord thank you for coming”, accompany you to the “exit”, but is actually a – hidden bar – speakeasy, where give you sweet things to prove and you prepare liquors to your liking. Your you give the ingredients you prefer and they arm you a drink.

Aside from the menu pre established and for those who like choose and know what are here eating a special guide where you will find from three-story restaurant with an incredible fresh lobster, until the classical Boqueria which is the market where you choose in the jobs each vendor that you want to buy, ideal if you want to have a picnic as a tourist, or buy fresh produce to cook at home.
For fans of the brunch there are two that stand out in their environment both its culinary offerings. The first is Cecconis, which is within the Soho House Barcelona, exclusive club for members, but that anyone can go to that restaurant.
Cecconis is an Italian restaurant that stands out for its pizzas and pastas, but which on Sundays is known in Barcelona and the rest of the world – there are Cecconis throughout the world – for their brunch. Approximately 40 euros are paid and you can be from 12 to 17 hrs. The menu offered is a buffet with fresh salmon, eggs in all its versions, arguably, etc. Includes a welcome drink and is ideal place to spend a Sunday eating and then by its proximity go to stroll in la Barceloneta and take a dip at the beach.
On the other hand, it is Flax and Kale, famous for its vegetarian dishes, such as for example the veggie tacos, which are made of a silver called Jack, and who prepared it so that it has a taste and texture as if it were a barbecue pork Thanks to the blessed fruit I thought for a second that it could survive being vegetarian.

Also very famous its mini salmon burgers, or her watermelon grilled, or eggs Benedict. All this in a restaurant on two floors, where I recommend the terrace which is accompanied by a vegetable garden where they grow their own products.
If you are looking for is a nice place and nice view for lunch or snack with a drink, there are two places that are not so well-known or popular because it is thought that it is only for private use. One of them of One Ocean, within the Barcelona Yacht Club, and has a spectacular view to the sea and the magnificent yachts parked there. Ideal for lunch or at the time of the sunset to drink a glass of rosé while the wind brightens up the heat.
The other place is the sailfish, under the W Hotel, very rich to make a break from the beach and go enjoy a paella and a beer – a name given in Spain to a small glass of beer.
And if you’re that saved all the energy for the night, there are plenty of places that are chosen by the locals to go to eat and have a few drinks. There is widely used within the restaurant there is a bar, or that the restaurant then becomes disco.
One of them is Boca Grande, a three-story restaurant divided into restaurant, bar and private space for parties and events. It is a very good for heavy food and seafood, lobster legs are large, tasty, fresh, one of their specialties is the sea bass in salt, which is very popular there, they bring you the complete indoor sea bass in salt on fire, then clean you it and serve.

The bar is beautiful, very well decorated and nice to settle for a few drinks. A must in this place is your bath, Yes, your bathroom, very spacious, full of mirrors everywhere, with a piano inside, and on special days, usually Saturdays settles a dj there and is danceable.
Fierce is another very “cool” restaurant as they say there to refer to something “cool”. Its decoration very thin but entertaining, with heads of elephant on the walls – false of course-, Crystal Teardrop lamps especially the sector of the bar, and warm lighting, invite you to have a meal accompanied by a fine bottle of wine or some Vermouth – drink t IPICO’s there–followed by prepare faucets for dancing, and it is that this restaurant is then transformed into disco, and that lasts until 3 am about, but that is no problem, because this restaurant is located in the calle Tuset, which is the street of the disco more conçu rridas by the Catalans.

Other classics of Barcelona is the Botafumeiro, ideal for family to eat seafood at a restaurant very traditional, but very good kitchen.
And if you are more fanatical meat, Lomo Alto is a very good option to go for a good cut accompanied by excellent service.
And if you’re simple, then lose yourself in any small street of el born, requests bread with tomato, some good rough and drown yourself in bleeding, that if something know Spanish, eat and have fun. 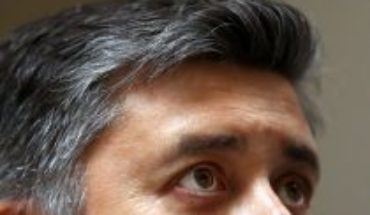