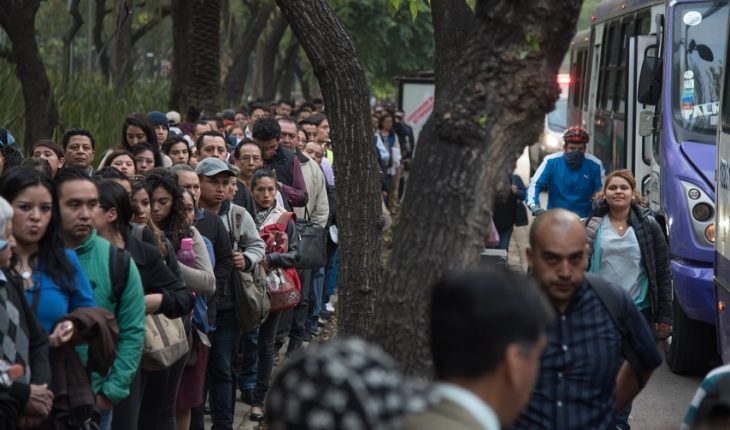 throughout the country about 50 million Mexicans move in public transport. But federal funds dedicated to mobility in 2015, only 6% went to this, another 5% to infrastructure for pedestrians, 7 per cent for public space and 1% for cycling infrastructure. The remaining 80% was for paving and infrastructure for the car (33% and 47% respectively).

This despite the fact that the last survey origin-destination (EOD) of the area Metropolitana of the Valley of Mexico, published in 2017, documented that only 21% of daily trips are made in private car and 46% in public transport.
This disparity in spending dedicated to mobility is replicated in many other Mexican cities. Thus designates it the index of urban mobility (IMU), presented on Tuesday by the Mexican Institute for competitiveness (IMCO). On average, in 20 cities analyzed in the study (the most populated of the country), just 2.1% of federal funds they invested in public transport.
Investment, says Oscar Ruiz, scientific data of the IMCO, should be at the same time how the population moves. Continue under the mobility scheme that they have most of the cities in the country, focused on facilitating transfers by car at the expense of other modes of transport more efficient, it means condemning the vast majority of the population to an inefficient mobility that generates not only decrease in the quality of people’s lives, but also have serious economic repercussions for the loss of productivity and the flight of talent.
IMCO has determined that each year 33 billion pesos just in the CDMX are lost in productivity due to the lack of more efficient transfers. The Mexican cities have not prioritized the mobility of persons, have prioritized the flow of cars and that creates inefficiency, says Ruiz. «9 in the morning, a day during the week, to explore drive 9 km in the city of Mexico reverses 1 hour 5 minutes when it should be 26 minutes».

The best performance the Valley of Mexico occupies position number 1, between 20 cities analyzed in the IMU in terms of efficiency of public spending on the mobility. The region has a level of competitiveness to be 36% of its budget for public transport, while the average spends 2%, and Acapulco, which is in the bottom of the table, 0%.
It also emphasizes the Valley of Mexico as the city with the highest score on the index of air quality management. However, his biggest weakness is on the issue of transparency, introducing the lowest score on the Municipal budget information index of 20 cities in the sample.
That is why in the IMU barely reaches to fall between the level of adequate competitiveness, together with Morelia and Merida. No city in the country reaches a level of high performance. Of the 20 cities, 15 cities not invested federal budget in 2015 by public transport, while on average, 38% of its inhabitants used this means of transport, precise Fátima Masse, IMCO project coordinator.
That have high competitiveness in efficiency and government transparency in spending on the mobility are: Querétaro, Saltillo, Veracruz, Cancun, Tijuana, Guadalajara, Toluca, Aguascalientes and Cuernavaca.
While in competitiveness are lower middle Puebla-Tlaxcala, Leon, Chihuahua and Tampico-Pánuco. In the end, between the 20, with low-level are classified: Villahermosa, Monterrey, San Luis Potosí-Soledad and Acapulco.
Regulation and public policy in favour of mobility on the existence of a regulatory framework that promotes proper planning in terms of mobility, and their execution, Masse says that you we need to enable innovation and the emergence of new options of transport managed by information technology.
«In this regard, it is important to deregulate first before banning them, allow to operate, analyze how work, generate evidence-based information and then adjust,» he suggests. This is in reference to options such as electric skates.
Read: More transport networks, use of bike and contaminant reduction: mobility plan Sheinbaum for CDMX on private taxis that use mobile applications, as in the case of Uber, the study of that precise IMCO of the 20 cities evaluated in only IMU s iete is considered explicitly in their laws of transport or mobility system operated through mobile applications and only three listed but limited requirements to make these platforms work and register with the Government of the State.
The legislative premises – says the study of IMCO – are failing in their obligation to create a regulatory framework that specifies the rights and obligations of the platforms providers of this type of transport and make explicit the conditions to be fulfilled members of the platform drivers.
In November of 2017, Uber joined the list of cities where it operates to La Paz, Guasave, Nogales, Guaymas, San Luis Río Colorado and Navojoa; While in the city of Mexico and other States deployed also offer this type of service in applications such as Avant, EasyTaxi, Yaxy and Cabify.
This shows that transport services operated through mobile applications, at least in the short to medium term, will not disappear, but will expand its reach, and therefore, it is necessary to ensure its proper functioning in any State and in any time through a legal framework that provide certainty to all the agents involved.
This subscripted of regulation, the Valley of Mexico is also the number 1 position, since most of its municipalities has a law of mobility. They also include the CDMX, the State of Mexico, Jalisco and Coahuila have a regulation in this regard. Acapulco is at the bottom of the list for lack of it.
This publication was made possible through the support of Kellogg Foundation 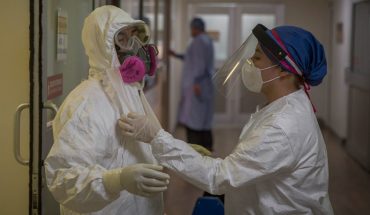 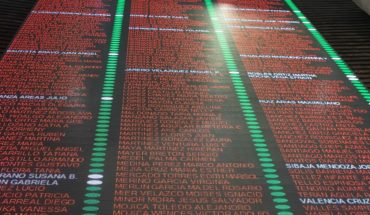 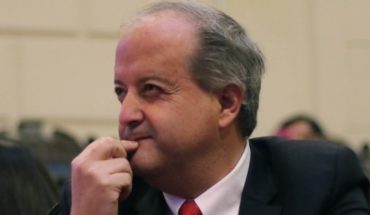