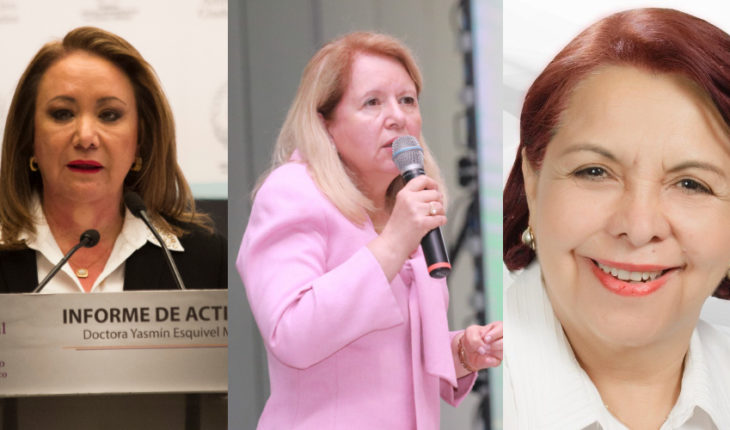 President Andres Manuel Lopez Obrador sent a slate of three to the Senate to fill the next vacancy of Minister Margarita Luna Ramos in the Supreme Court of Justice of the nation (SCJN).
The proposal of the President is made by Loretta Ortiz Ahlf, Cecilia Maya Garcia (who formed part of the previous three, also proposed by the President), as well as Yasmín Esquivel Mossa, current President of the Court of the contentious Administration of the city of Mexico, and spouse of the contractor José María Rioboó, according to reform.
Who is Juan Luis Alcántara, the new Minister of the Supreme Court?
The three candidates shall be convened by the Justice Commission of the Senate, to appear and answer questions from legislators prior to February 18, date of removal of the Minister Luna Ramos.
and what happens if no candidate gets the vote of two-thirds of the Senate?
who are the candidates?
Yasmin Esquivel Mossa originating from the city of Mexico, holds a degree in law at UNAM. It has three specialties in tax law, administrative law and the Mexican financial system, from the Universidad Panamericana.
He has worked since 1985 in different instances of the public service, according to the biographical sketch published in the City Court of administrative justice.
He has worked as Coordinator Coordinator of advisers to the Attorney General of Legal Affairs and policy criminological of the Attorney General of Justice of the Federal District (1992).
He was in the Secretariat technique of the Commission of Finance of the I legislature of the Assembly of representatives of the Federal District, from 1994 to 1997.
In 2004, she was appointed as judge Unitarian of the agrarian courts, caergo until 2009.
That same year she was named, and ratified, as judge of the room top of the contentious administrative district court Federal, charge that he deals to date, after having been elected for a second term in the Presidency (2015-2019).
The Observatory citizen designations, which had already issued a criticism of the previous process for considering the contenders close to the President, qualified this proposal from being #MinistraContratista.

President @lopezobrador_ sends the list to the @SCJN, two of them were part of the previous three and were questioned for their independence; the other option is #MinistraContratista. The @senadomexicano by congruence should reject the terna. #SinCuotasNiCuatas pic.twitter.com/U7DCVfRvNv – designations (@designaciones) February 1, 2019 Celia Maya Garcia the lawyer and accountant Celia Maya Garcia has been a contributor to close to the President Andrés Manuel López Obrador before of Morena to be constituted as a political party, although it has not had any charge within this.
In 2014, when Morena was still a national political association – the prelude to become party – Lopez Obrador Maya Garcia described as «a woman with very good preparation, is a prominent lawyer, (…)» It’s a woman with social dimension and with honesty», according to a bulletin of the movement.
Maya Garcia coordinated in 2014 part of gathering 2 million signatures to request will be a referendum in the energy field.
The lawyer searched twice Governor of Queretaro: in 2003 by the PRD and 2016 already with Morena. In 2012 he sought a seat in the Senate by the PRD-PT-MC Alliance, but lost. East 2018, returned to contend now by Morena, but also failed to win, because it not topped the list of first minority in your state.
During his campaign he stressed the proposals of the then presidential candidate, Lopez Obrador. In multiple events requested citizens support vote candidates for legislators of Morena, for «Lopez Obrador requires Congress to govern and give results in a clear way and in a short time», he said, according to the journal of Querétaro.
Celia Maya is master in law with a specialty in tax law and taxation by the Autonomous University of Querétaro (UAQ), where he also studied a PhD in law.
In the public service he has worked as an agent of the Ministry public of the Attorney General of Justice of the State of Querétaro; Judge in Civil matters, holder of the third Court of the city of Querétaro and magistrate of the Court top of Justice of the State of Querétaro.
He has also been teaching at the UAQ on the Faculty of accounting and administration, the Judicial specialization Institute of the High Court of Justice of the State of Querétaro and the right school of the Lyceum Institute of higher studies.
Arturo Zaldívar, new President of the Court; There will be independence with other powers, says Loretta Ortiz Ahlf is close to Lopez Obrador, and together with his spouse, the Adviser for the moral Constitution, José Agustín Ortiz Pinchetti, has supported Lopez Obrador since the first time that he ran for President of the Republic.
Ortiz Ahlf was Deputy federal by Morena in 2013, and during the transition period was appointed by President López Obrador as coordinator of the forums by pacification and national reconciliation, promoter of the criticized proposal to Amnesty criminals .
Dr. Ortiz was lawyer of several complaints about violation of human rights before the Inter-American Commission on human rights, linked to the violation of the right of voting fraud in 2016, according to his resume, posted on the web site of Andrew Manuel Lopez Obrador.
Ortiz holds a PhD in human rights and European Community law by the University of Spain, master in human rights from the Universidad Iberoamericana, and she graduated in law from the Escuela Libre de Derecho, where he works as a teacher from 1979 also works as a professor in the Universidad Iberoamericana of Bachelor’s degree and master’s degree in human rights since 1981 and is a member of the national system of researchers level II.
He is the fourth Mexican in a course at the Academy of international law in the Hague in 2012, on rights of undocumented, and is currently responsible for the Area of human rights and migrants at the Social Service of the Iberoamericana University.
Previously he served as legal Director of the National Council for culture and the arts, as an adviser of the General direction assistant of the Bank of Mexico and was Advisor to the National Commission on human rights.
Thanks for reading! Help us to continue with our work. How? You can now subscribe to political Animal on Facebook. With your monthly donation, you will receive special content. Find out how to subscribe here. Check our list of frequently asked questions here. 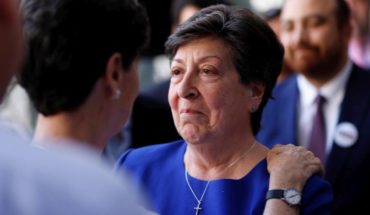