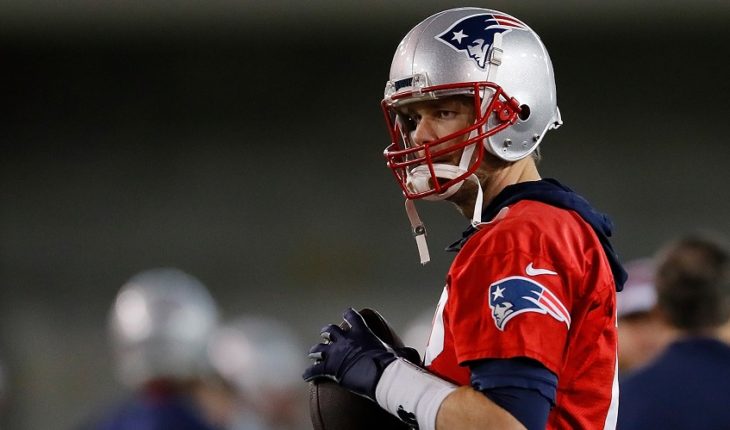 American football is the sport with more fans in the United States, which puts more than 100 million people in front of the screens every year as the day of the Super Bowl.
It’s the event with more viewers in that country; This Sunday, the highlight is the match between the Los Angeles Rams and New England Patriots.
The popularity of the game extends beyond United States, because the taste for American football in the NFL (National Football League) also generates passions in Mexico and Canada. However, not all share that hobby.
«I don’t understand football,» can be heard among Spanish speakers.
If this is your case, and you are interested in enjoying the Edition 53 of the Super Bowl in Atlanta, you can follow this explanation of key points. You will see that it is nothing complicated.
Getty ImagesEste 2019 el Super Bowl is played in the stadium, Mercedes Benz of the the city of Atlanta, Georgia.5 basics the match between two teams – of 11 players each – is played on a field 100 yards divided in segments of 10 yards with an oval ball u ovoid.
At each end there is an end zone and an arc of three posts that also gives points.
There are basically five things that keep in mind to keep and enjoy the party: basic notion 1: each team’s goal is to obtain the most points through annotations (touchdowns) or field goals.
Basic notion 2: each team on offense has 4 opportunities (downs) to advance at least 10 yards; If you move them, again have four opportunities.
Getty ImagesEl field is divided into 10 sections of 10 yards each. Areas and annotation posts are at the ends. Basic notion 3: If you are unable to score or to advance 10 yards, the team must deliver the ball to the opposing team.
Basic notion 4: Marshal field or quarterback leads his team moves; You can throw the ball a receiver teammate with an air pass, give it to a runner to advance, or let a kicker clear or try a field goal.
Basic notion 5: each one is played in four times (or quarters) of 15 minutes and a rest after the first two; the clock stops if the ball leaves the field, a team requests a free time, or referees mark a lack, among other factors.

And what are the scores?
If a team manages to reach the opposite end zone – enough for the ball to cross the finish line less than a centimeter – earn 6 points per touchdown.
You get 1 extra point if the kicker’s team gets the ball through the Arch of Poles and whose shape resembles the letter and.
A field goal gives 3 points if the ball through the inside of the poles.
Getty ImagesLos poles are located at the end of the end zone, which adds 15 yards to a field goal attempt. There are other unusual cases in which points are obtained, but just enough to know that a ‘2-point conversion»occurs when a team instead of kicking extra point decides to make a move to cross the finishing line: instead of 1 point gets 2.
Knowing the basics and scores, you can follow the game without problems. But if you want to know more detail, you will learn.
What is the «field goal»?
The field goal attempt almost always occurs when the team is in sucuarta opportunity to advance 10 yards and considers that it is unlikely to reach the goal.
Like many things in American football, this is a matter of strategy.
A single team will make the decision to try a field goal when it deems that it is far enough away to get his punter it.
Otherwise the punter may choose to clear the ball.
Getty ImagesEl field goal is a played inherited from the rugby, the sport football emerged from which American. do interception?, would loose ball?
The team that has possession of the ball can suddenly lose it when two events that tend to be very dramatic.
Interception: when field marshal launches an aerial pass to your receiver, rivals seek to steal it until you arrive at your destination; If they succeed, they intercepted it and try to run in the opposite direction to score.
Loose ball: a player in possession of the ball may lose it by an oversight or a tackleada of the rival, which creates a situation of loose ball; all players will try to like it give place staying with the ovoid in a very spectacular struggle.
Referees on the pitch and outside there are multiple mean or arbitrators who have the power to make a breach of the rules.
They used a yellow handkerchief to indicate that there was a lack and the referee in Chief – identifiable because it uses a White Cap – communicates the arbitral decisions through a microphone.
Getty ImagesCuando a referee raises both hands means that there was a notation on the computer that is on the offensive. To enjoy the party it is not necessary to be attentive to compliance with dozens of rules of the NFL and its punishments, as the mean will make them know and television shows multiple shots when controversial situations.
As more and more parties are regarded, they will understand easily.
You have to follow on TV broadcasters offer viewers multiple Visual guides on the marker and what happens in the field, what makes things.
If you have any questions upon which of the four attempts develops the move and how many yards need to move equipment, screen you can indicate for example, «2nd & 7»: second down and 7 yards to advance.

Occasionally there are to look at the clock to know how much time is left to each room and how will the marker.
On the field it appears a yellow virtual to instruct viewers to what yard line has to move the team.
The explanations in the television transmissions will be easier to enjoy the «super Sunday».
Now you can receive notifications of BBC News World. Download the new version of our app and activate it so you don’t miss our best content.
https://www.youtube.com/watch?v=j2IF5Fav0HA https://www.youtube.com/watch?v=R7Z5SjU3944&t= https://www.youtube.com/watch?v=MCmqUp2XTPY thanks for reading! Help us to continue with our work. How? You can now subscribe to political Animal on Facebook. With your monthly donation, you will receive special content. Find out how to subscribe here. Check our list of frequently asked questions here. 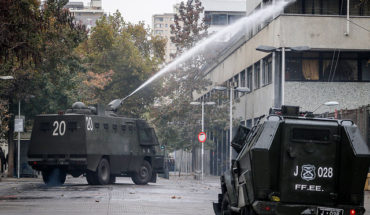 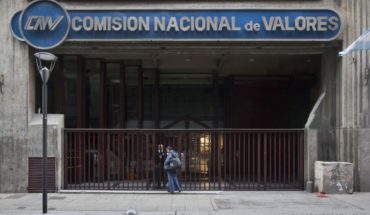 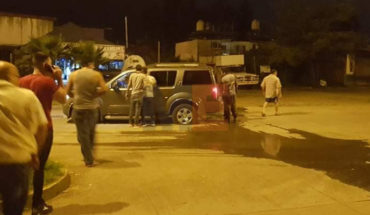