Guillermo Padrés Elías, former Governor of Sonora, came to 21:20 o’clock this Saturday from Reclusorio Oriente, with a cuff locator in one of his legs.
The first district judge in processes criminal Federal of the city of Mexico signed an agreement to give provisional, same freedom that could materialize once parents family hipotecaran two properties, to cover the bail.
From November 2018, the seventh District Court Federal criminal processes in the State of Mexico was determined that parents could continue its process in freedom, to comply with a series of measures precautionary, including payment of a deposit of 40 million pesos carry an electronic locating and not leave without the permission of the country.
Antonio Lozano Gracia, the Uribe State lawyer, told media that there are two processes that remain on your client, wash money and tax evasion.
«The situation is that already has their freedom by change of measures precautionary and processes are nearing completion both», said.
Counsel considered that parents was imprisoned «for political reasons» and that the former Attorney General of the Republic (PGR) made an inquiry.
Claudia Pavlovich, current Governor of Sonora, expressed their annoyance that parents leave from prison.
«From the first day as Governor I strongly expressed my position against those who betrayed the trust of the Sonora and hold it. Today, a Federal judge made a decision that we are not in agreement. My feeling is always on the side of the Sonora», published on Twitter Saturday night.
Parents was imprisoned from November 2016, when it surrendered to the authorities in the Reclusorio Oriente.
He faced charges for his alleged responsibility for crimes of racketeering, tax evasion and operations with resources from illicit provenance for an amount of $ 8.8 million.
A year later, in November 2017, the PGR not challenged an appeal of first instance and the former Governor was acquitted of the offence of organized crime, which opened the door that could face the rest of his process in freedom.
Parents, as a politician of the National Action Party (PAN), ruled Sonora from 2009 to 2015.
Information reform and Notimex thanks for reading! Help us to continue with our work. How? You can now subscribe to political Animal on Facebook. With your monthly donation, you will receive special content. Find out how to subscribe here. Check our list of frequently asked questions here. 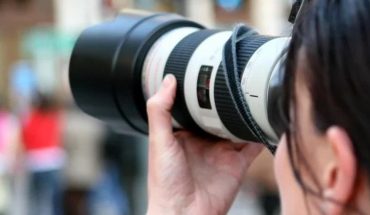