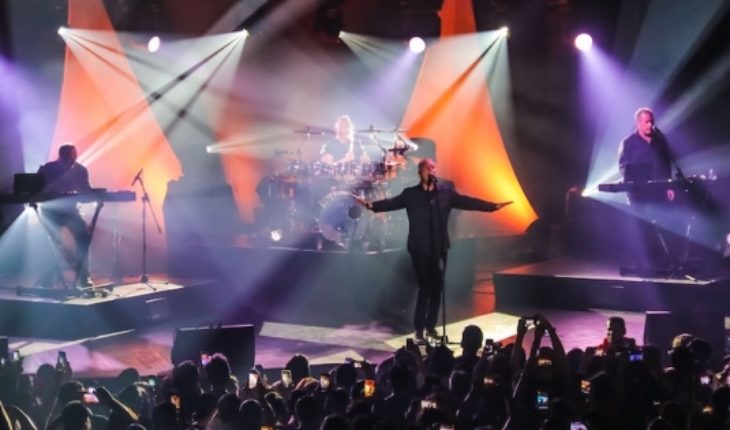 form e n the North West of England in 1978, Orchestral Manouevres In The Dark (OMD) had a number of important successes in the early 1980’s. With predominance of electronic beats and often avoiding pop formulas, songs like ‘Electricity‘ (1979), ‘ Messages‘ or ‘Enola Gay’ (both 1980) were sticky enough as to be massive hits, however, they already showed that they would not be in this qualification with the passage of time.
It’s been 40 years since a group of young people, in Wirral, England, formed the band named Orchestral Manouevres In The Dark, inspired by the electro-dioses Kraftwerk. it seems incredible that they had to pass the same 40 years so that the Chilean public could watch live to OMD one of the British Synth Pop icon, who were presented for the first time, the night this Saturday in the Cup Ula MultiSpace of the O´Higgins Park.
With a battery of hits, the British were able to impact an audience that eager, minutes before danced to the beat of the conductor and DJ Chico Perez with a set full of hits New Wave litsfired up the engines of a day that no one knew how it would end.
‘The Oxford Times’ once described OMD as «one of the most important bands that Britain has produced».
Andy McClusky, leader and vocalist of the band, 58-year-old is a voice that has lost little luster that fueled in the 1980s, greatest heyday of the group. Its spectacular opening with ‘ Isotype‘ from their latest album, coupled with an extroverted crazy dance performance on stage to the public, who chanted all the songs that have been inherited from generation to generation.

When these things happen, a concert scheduled at the end of the world, becomes a meeting of very dear friends. Expressions of happiness and surprise on stage by Andy McCluskey and Paul Humphreys, were only comparable to the of the audience, which did not hesitate to have his records they were signed between laughter and constant interaction with that fan that, in amazement, I couldn’t believe having them so closely.
And this was evident when the public lost sanity with the first chords of «Enola Gay». Remember, that this is the single most important band in South America, and in Europe reached number 4 in the Billboard Hot 100 singles charts in the spring of 1986, highlighting them in one of the best collections of the New Wave of the Decade.

Another high point of the night, took the classic If You Leave, song written exclusively for the film Pretty In Pink of Howard Deutch in 1986, presenting prominently to OMD both in the movie and on the soundtrack.
And finally, the night closed with Electricity song that fans began calling for since the beginning of this incessant game of lights that would transport the public all those nights of discos and dances of the 80s.
The British promised to return, may be impacted by the admiration that professed them their fans in this scenario at the end of the world. Promise that all hope is met. 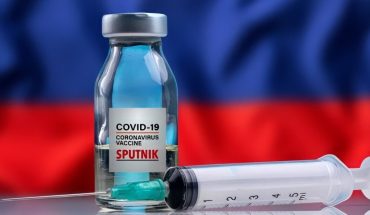 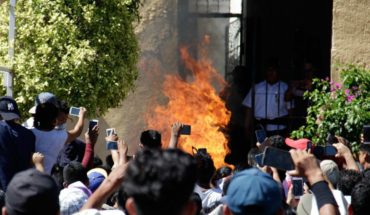 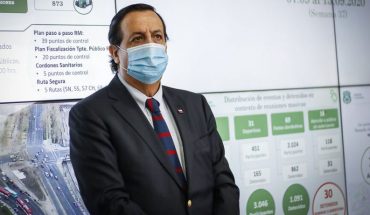