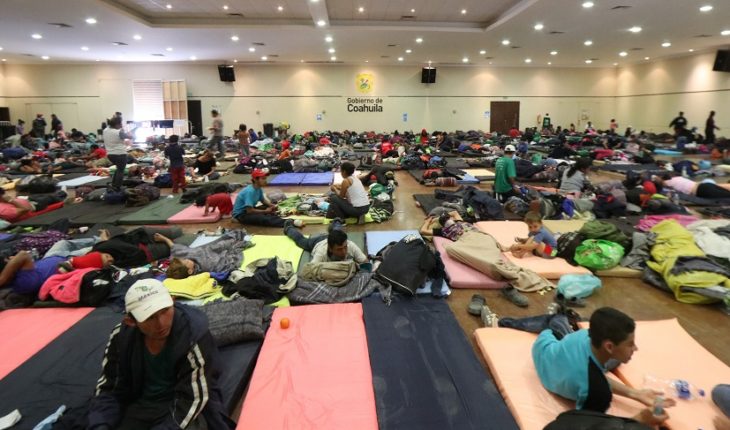 two migrant caravan, consisting of about 5,500 people, travel currently Mexican territory, one in Chiapas and one between Coahuila and Nuevo Leon, heading to the United States.
Violence in Central America expelled families to Mexico both contingents leave as President Donald Trump prepares the discourse on the State of the Union, who will be on February 5 to Congress, where it is expected that you insist in their fruitless battle to finance the construction of a wall in the more than 3 thousand km of common border with Mexico.
«A lot of people are climbing from Mexico hoping to flood our southern border. We have sent military reinforcements. We will build a wall of human if necessary. If we had a real wall, this would not happen! «, wrote Trump this very day on his Twitter account.»

Tremendous numbers of people are coming up through Mexico in the hopes of flooding our Southern Border. We have sent additional military. We will build a Human Wall if necessary. If we had a real Wall, this would be a non-event!
-Donald J. Trump (@realDonaldTrump) 5 February 2019 new deployment of Trump for the border: almost 4,000 additional soldiers and barbed wire how many and where some 1,700 migrants is located in Piedras Negras, Coahuila, border town with Eagle Pass, Texas, after entering the country for the southern border on January 15 in a group originally formed by Central America 2,200 last.
According to the Notimex Agency, 51 Central American migrants receive humanitarian support from authorities in Nuevo Leon, which have received accommodation, medical, health and care of migration in a gym as a hostel on the part of the State Government.
The general Secretary of Government in the State, Manuel González Flores, said that 51 migrants that arrived to Nuevo León, 35 have family members in the State, seven will be heading to Nuevo Laredo, Tamaulipas, and nine others will be sent to the Nicholas House, hence follow their way to United States, but «the majority intends to join their relatives here».

The Government of the State, municipality and federal authorities have privileged the permanent dialogue with migrants who arrived yesterday to #PiedrasNegras, attached to the rule of law, said the Governor @mrikelme to go for a second day to hostels established. pic.twitter.com/sc1YDXtJ54 – Government of Coahuila (@GobDeCoahuila) 5 February 2019 AFP news agency reported that the vast majority of them refused to deal with humanitarian visas that the federal Government has offered to migrants, allowing them to work and count with social security for a year, and chose to follow long up to the border with the United States.
Around thousand migrants without documents they reject government temporary visas and entering Mexico however, close to 500 people they reconsidered to obtain the visa humanitarian in city of Mexico, while others went to Monterrey, according to Rodrigo Abeja, representative of the Organization in support of migrant people without borders.
Another larger group, some 3,800 people according to organizers, was about to gather Wednesday in Mapastepec, Chiapas, about 130 km from the southern border with Guatemala, and start a thousand kilometre journey to the capital of the country.
Make up the bulk of the caravan, which also joined on 15 January, Hondurans, along with some 500 Guatemalans, Salvadorans 300 and 50 Nicaraguans, organizers of the group told AFP.
The group is targeting city of Mexico to stay in the hostel, which was implemented last year, at the stadium Jesús Martínez Palillo, located in Magdalena Mixhuca, Mayor of Iztacalco.
The Secretariat of public safety capital reported that it plans to implement a safety device and roads, consisting of elements of agents the proximity, and metropolitan, auxiliary police and the transit sub-Secretary of Control that they perform circulation cuts to protect foreigners.

#SSC Jesús Martínez «palillo» implements device security and roads in support of the caravan of Central American migrants to the stadium https://t.co/xZ7sg0scu3. Click here to see #AlternativaVial. @ElInformanteMx @Excelsior @lasillarota pic.twitter.com/ma4KOsAYU9 – OVIAL_SSCCDMX (@OVIALCDMX) 5 February 2019 is expected that the caravan arrives at this area of the city from three in the afternoon on the road General Ignacio Zaragoza, coming from Puebla, to get to the hostel where sleeping.
Once in the capital, migrants will decide if they continue southbound to Nuevo León, Coahuila, or towards Tijuana, in Baja California, although this route is 1,500 km long.
The migratory exodus, which has advanced in caravans from October 2018, has been described by Trump as an «invasion» and a threat to national security, and is his recurring argument to require resources to build the border fence.
About 6 thousand migrants who departed in convoys of October, mostly families with children, arrived at hacinar for more than two weeks between November and December in improvised shelters in Tijuana.
Of them, only today there is one-tenth, estimated Irineo Mujica, people without borders activist.
«The vast majority was, few of those still here, less than 600 and are scattered», says Mujica told AFP from the border town. «O crossed (into the United States) or went,» it added.
With information from AFP and Notimex thanks for reading! Help us to continue with our work. How? You can now subscribe to political Animal on Facebook. With your monthly donation, you will receive special content. Find out how to subscribe here. Check our list of frequently asked questions here. 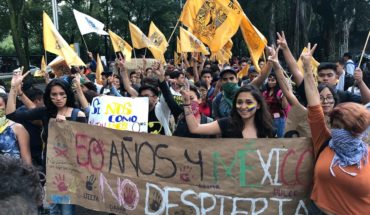 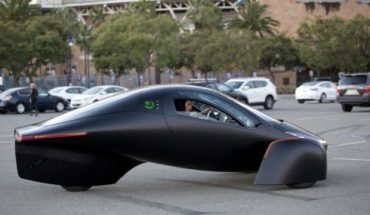 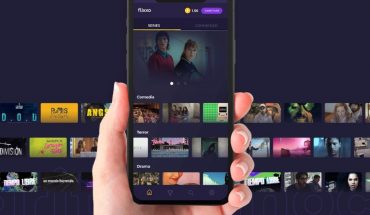 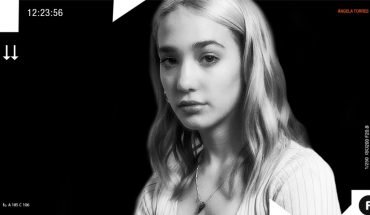