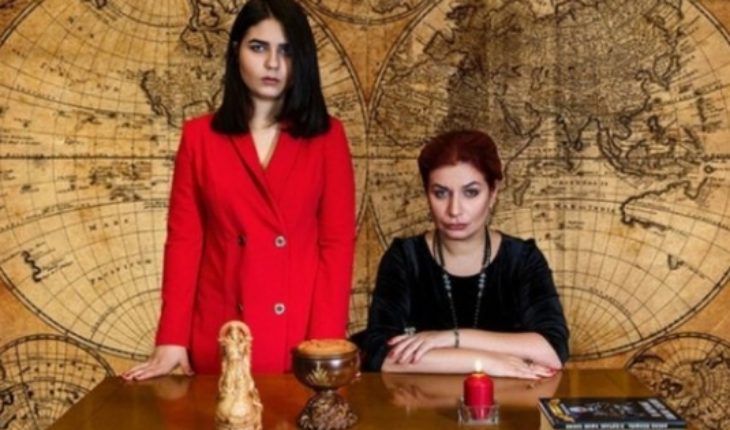 the circle closes and the women, covered with dark hoods and a mystical red sign on the back, lower the head and make a votive silence.
Immediately, the community leader occupies the Center and begins to sing hidden prayers that are mixing in political slogans.
“That comes with the greatness, the power of Russia, which direct the path of Vladimir Putin correctly through my prayer. Breathing, mother earth, embracing Russia from all sides”, the self-proclaimed leader of the group, Alyona Polyn says.
“Oh, Prime power, returns to the abyss to those who hate Russia.” Russia to lift up and away from the grief and poverty and the coming days open the doors of happiness for Russia”, it added, while the others settle with spells.
Where do witches come from?
It is the self-proclaimed “Empire of the witch more powerful”, an occult group of Russian sorceresses who often carried out “magic circles of power” to show their support to their country and its President.
The last one took place last Tuesday and has become news in various media, once a news agency translated patriotic invocations and pro-Putin that permeated the ceremony in the center of Moscow.
“One should support the Government and to Vladimir Putin first and foremost”, said one of the sorceresses called Yulia.
“Our country is facing difficult times and we would support the President with the help of the powers we have. We want to be the villains [que atacan a Putin] in silence “, another, Irina, told the Reuters Agency.
And, as proof of his statement, the other Witches cursed the enemies of Russia and of its ruler.
Polyn, which describes itself as main witch, heiress of ancestral and founder of the ’empire’ wisdom, told Russian media that in their ceremonies always has a space support to the State and the President, “because that is the face of Russia”.
He also said that a witch should never speak ill of it.

The event and broadcast on local media raised criticism among sectors opposition after they knew that that same day the Russian authorities had sentenced to six years in prison for “extremism” a Danish citizen Jehovah’s witness.
Why Russia banned Jehovah’s witnesses?
This religious denomination is considered an “extremist” Organization, and it was banned in Russia from 2017.
But who is this women’s group that based its practices of witchcraft on the unconditional support for the Kremlin?
The witches of the ’empire’ he explains to BBC World Juri Maloverjan, correspondent for the BBC Russian service, group is composed of dozens of women who share the belief in created by Polyn rites.
The latter has been described by Russian media as “the most prominent Moscow witch” and asserts herself, his “ancestral”, inherited knowledge of his family, was the basis for the creation of the “largest group of wizards in the country”.
Its members usually change their names and use appellations to make allusion to magical elements or traditional ingredients of magic, such as Svetlana fat or Christina Mandragora.
Although the total number of membership is not known for certain, the group describes itself on its website as the “only organization for all those involved in the witchcraft and sorcery” worldwide and offers services ranging from tarot readings to remedies c against curses or spells to attract love.
That Yes, prices that are around losUS$ 80 and exceed the US$ 150 in some cases, depending on the service.
And that, in accordance with Maloverjan, the occult and all linked to horoscopes and witches is a practice widely popular in Russia and in its folklore, although it was frowned upon and even banned during the years of the Soviet era.
“I think it is much more popular here than in anywhere else in Western Europe”, says the BBC correspondent.
Hence, it is considered, many have found a gold mine in this to make money in recent years.
In fact, according to figures from the Ministry of health, quoted by the newspaper The Moscow Timesmore than 800,000 Russians were employed as healers, mediums, psychics and similar services in 2017.
But Russian analysts point out that, given the constraints that have faced other denominations and cults in Russia, many have seen that show their support for the current Government is a way to legally keep their rites.
And, also, an underhand form of marketing.
Religion and marketing after the return of communism, the Orthodox Christianity became the main in Russia: it is estimated that 75% of the population practices it. But that has not done that other faiths closer to the folklore are also flourishing in the country.
The President has been traditionally close to leaders of the Orthodox Church, which to a certain extent, entailed that Ukraine last year formally separated from this Christian current.
Maloverjan explains that Putin has never shown any inclination towards these occult practices – in Russia usually seen as a matter of women, although the fact that within them is requested by the President not only guarantee its legality, but also get other sectors of the population.
The President, who has served as President or Prime Minister since the beginning of the 21st century, won his most recent election in March with more than the 76.69% of the votes, according to official data.
And although his popularity fell to an all-time low for a time after an unpopular pension reform, it is still a remarkable support from various sectors of the population.
Why show support for it is also a way to ensure acceptance among those who support it, said the correspondent.
In fact, in Russian social networks have been questioned by many to the “Empire of the witch more powerful” for using her to generate headlines and get political pronouncements and more people, to the point that, as some say, have also prayed by Donald Trump.
The Group has been accused also mislead their clients or carry out deceptive practices.
“Polynin, along with another talkative with a no less ridiculous nickname educate people stupid and credulous to earn huge amounts of money”, reads the site Zhaloba-online.ru (which would literally translate as “complaints and comments” online).
So far, the move has already won praise in Russian official media, who have compared the support of witches to Putin with other rituals of rejection that other groups of sorcerers have organized against Donald Trump and his Government.
“Witches of the world planned a mass ritual against Trump and”all those who instigated it”in 2017,” recalled the broadcaster RT, who also mentioned the magical ritual to avoid that Trump’s nominee to the Supreme Court, Brett Kavanaugh took the post. 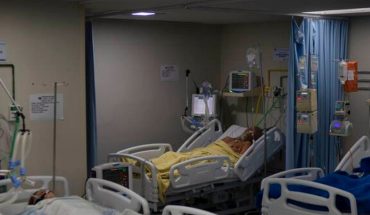 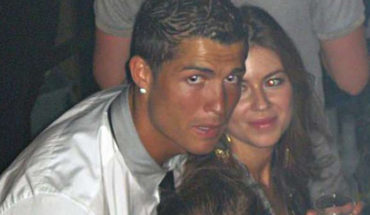 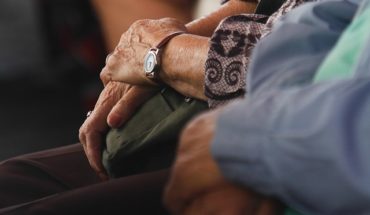 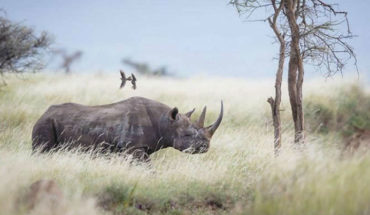