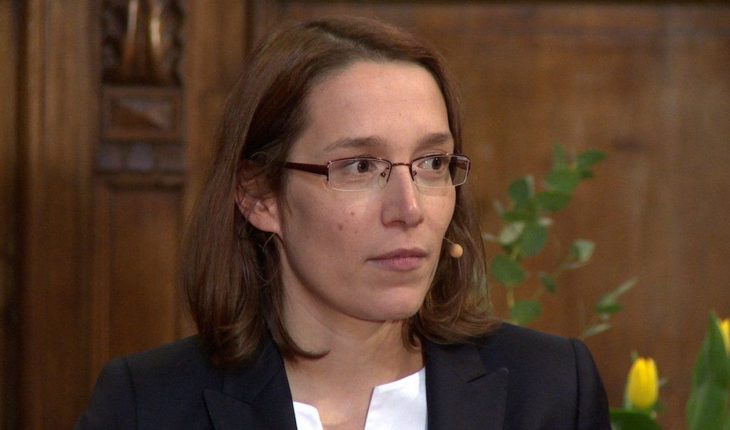 Getty ImagesEs first Francisco recognizes this kind of abuse. This week, the Pope Francisco admitted that clergy of the Catholic Church had sexually abused nuns, and in one of the cases, had kept them as sex slaves.
The latter case forced his predecessor, Pope Benedict, to close the community in which the nuns had been abused by priests.
It is the first time that the Supreme Pontiff recognizes these sexual abuse, a problem that said «still exists» within the institution and that the Church is trying to combat.
Rocío Figueroa and Doris Wagner-Resinger are two religious victims of abuses committed by members of the clergy.
Both appreciated the recognition of the sex scandal by the Pontiff, noting that, for too long, there had been a «culture of silence and secrecy within the hierarchy».
In a conversation with the BBC, women gave details of how the events took place.
«Spiritual guide»: Rocío Figueroa Dr. Rocio Figueroa testimony is theologian and Professor at Auckland, New Zealand, and survivor of abuse by a priest in Lima, Peru, said le the BBC.
Figueroa says that he joined the society of apostolic life within the Catholic Church when he was young and lived in a «very poor part of the world», because he felt «he had to do something».
«I was 15 years old and the founder asked me to take a spiritual direction with a pastor, who became my spiritual director.»
«After months in which earned my trust asked me to me and some young people that we trajésemos our sportswear to practice yoga».
«After some group sessions, it began with individual sessions. Then he told me that he would teach me exercises to develop my self-control over my sexuality…».
«I was very innocent, had no previous sexual experience. And then he started to touch me everywhere. I thought – mistakenly – that was good and the bad».
«I felt it was my fault. I felt very guilty and disoriented».
«Never raped me, but definitely committed sexual abuse from my point of view. The first time that I realized that was a victim of sexual abuse was 40 years old».
«The people that I trusted, who represented God, they were false».
Figueroa said he decided to talk after the man who abused her died.
He said that he felt that it was important to denounce it because at that time it still was considered as a holy man and a Saint by the people within their community.
«Came to my room at night, began to undress me and raped me»: the case of Doris Wagner-Reisinger «until they abused me sexually abused me spiritually: wouldn’t me want to read books, or talk to anyone about personal business», says Wagner Reisinger to the BBC.
«I lost confidence in myself, and I became very weak.»
«After five years in this situation, (a male member of the religious community) began to get close to me when I was working alone».
«He came to my room and stood to my side and I spoke.»
«Eventually he began to hug me and, at a time, came to my room at night and started to undress me and raped me.»
«It was a shock. I understood what was about to happen but couldn’t believe it. I knew it wasn’t right. It definitely did not want to happen. «But was absolutely convinced: it is a cure, this is a sacred community, this is impossible».
«I could understand that abuses occurred in this world, in this perfect world where he was living. «It took me years to realize that what was happening was a violation and that I could talk about it».
«I had a crisis of faith severe: my first impulse was to think that, if he spoke, damage to the Church, so God wants that it is quiet.» It was intolerable.»
«I don’t have to think about that kind of God.»
«Eventually I found another priest in the community with whom I spoke, and we gradually fell in love. I knew that if God exist… he had sent me to this person, someone who loved me».
Doris Wagner-Resinger abandoned his religious community in Germany and left religious life in 2011.
Now you can receive notifications of BBC world. Download the new version of our app and activate them so you don’t miss our best content.
https://www.youtube.com/watch?v=gp-BJURhOlA&t=43s https://www.youtube.com/watch?v=pa__B6ETqpo&t=13s thanks for reading! Help us to continue with our work. How? You can now subscribe to political Animal on Facebook. With your monthly donation, you will receive special content. Find out how to subscribe here. Check our list of frequently asked questions here. 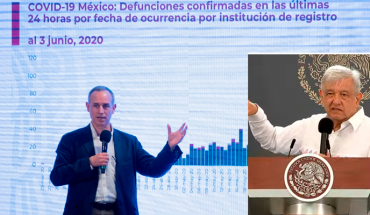 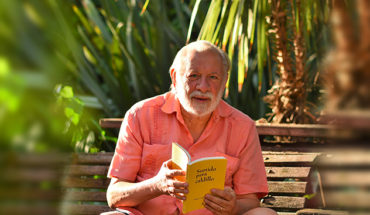 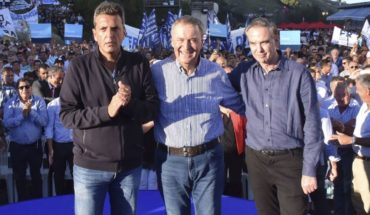