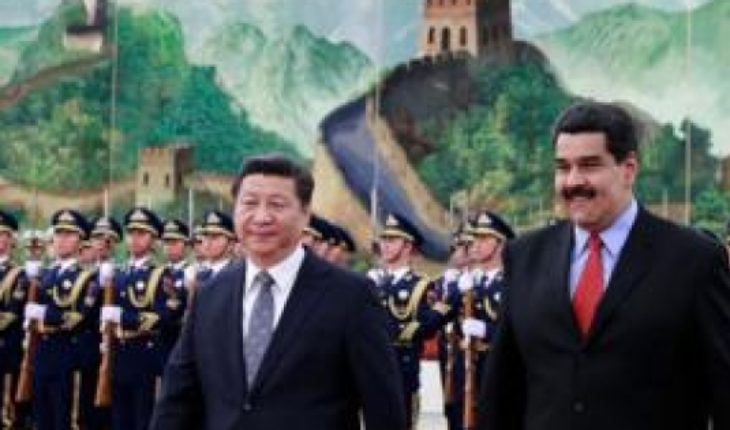 While thousands of miles separate them, China hasn’t lost sight what occurs in Venezuela.
Russia, Turkey and China have been Nicolas Maduro leading props in the institutional crisis facing, since opposition leader Juan Guaidó challenge to Nicolas Maduro proclaimed “interim President” of Venezuela.
While Beijing has not been so vocal nor live like the Russia of Putin, the Chinese Government’s statements are interpreted by observers of the local politics as a backup de-facto to mature.
“China supports the efforts made by the Government of Venezuela to maintain the sovereignty, independence and national stability,” said the spokesman of the Ministry of Foreign Affairs Hua Chunying at press conference, a day after the Act of guided in Caracas.
Nicolas Maduro in an interview with the BBC: “the Ku Klux Klan that today governs the White House wants to seize Venezuela” how much power has really Juan Guaidó in their dispute with Nicolas Maduro for Venezuela Hua control also stressed that Beijing “is opposed to the” interference foreign in the Affairs of Venezuela”, in an apparent message to Washington, the first Government to recognize guided and urge increased international pressure against Maduro.

Faithful to its policy of interference in Foreign Affairs, China has not been limited to call for calm, but his concern about the outcome of this situation does not cease.
And it is that Beijing, main creditor of the Venezuelan Government, is played much in the South American country, coincide all the experts consulted by BBC world.
Why?
Let’s go by parts.
The key to oil the close ties which have today between China and Venezuela are beginning to build early and mid-2000s, when the interests of both are aligned.
Caracas, with Hugo Chávez in power, is to diversify the countries that exported oil, its main source of wealth.
Beijing, which is in the process of economic growth after the opening started in the 1980s, began to look for new sources of resources to meet the demand of its vast population.
By then, China is already one of the main importers of oil, so the relationship seemed destined to be.
“Oil is the most fundamental reason why China and Venezuela joined. China needed much oil and Venezuela had it,”summed up in conversation with BBC World Matt Ferchen, academic of the Carnegie-Tsinghua’s global policy Center that studies the role of China in the developing world.
The relationship flourished since then and both built ties based on “financial arrangements” for oil, remember Ferchen, who considered an error that kind of relationship which Beijing cultivated with Caracas.
From 2007 to 2018, Beijing provided to the Latin American country more than $67,000 million, according to the latest data from China-Latin America that manages the Center for inter-American dialogue studies and finance from Boston University.

Loans granted by China to Venezuela during those early years, such cooperation seemed to thrive in benefit of both Governments, but the death of Chavez “things changed radically”, indicates the Carnegie-Tsinghua Center analyst.

The following year, the price of oil collapsed and the situation of the economy of Venezuela worsened dramatically, up to the current situation in which registered higher inflation worldwide and serious problems of supply of basic products such as medicines and foods.
This led to Caracas, already with Nicolas Maduro in power, to commit some of the deliveries agreed with Beijing and requested “grace periods”.
According to various sources, the South American country because even the $20,000 million Asian power.
“There is a great risk (for China in Venezuela)”, stands out for its part Cui Shoujun, director of the Center for studies Latin American of the Renmin Chinese University, one of the most prestigious in the country.
Cui agrees that Beijing is concerned about the situation and considered that “no one can guarantee” what will happen with the economic agreements between the two countries if there is a change of Government in Venezuela, despite the messages of calm toward China by the opposition Venezuelan.
Cui, however, is of those who think that the Executive is doing the right thing: “Diplomatically, China must support mature, is the legitimate leader of Venezuela,” says.
At the “Gates” of United States A difference from other countries that provide oil – for example, between East-, China developed a particularly close relationship with Venezuela.
And other interests behind this lies in the global geopolitical chessboard, according to some analysts.
Since coming to power in 2013, the President Xi Jinping promoted the expansion of china’s influence in Latin America and its strategy is seen by some experts as an attempt to “counterweight” to Washington in this region.
Expansion in Latin America and other 4 policies that define the Government of Xi Jinping, China’s most powerful leader in decades “in the last four or five years, the 11th President has tried to project soft power Chinese all over d” “the world, and has special interest in South America, because it is the backyard of the United States”, considered veteran Chinese politics analyst Willy Lam.
“It’s a way of intimidating Washington: say to the Americans that the people’s Republic of China is capable of influencing countries close to US”, explains.
Lam, Professor of the Chinese University of Hong Kong, aims also at the similarities in ideology between the two Governments, an issue that believes that moving the decisions of Chinese President and it reminds you to ties with Cuba.
Other sources in the Asian country, close to the ruling party, have rejected for years that ideology has something to do in the external relations of Xi and insist that power acts by pragmatism.
In any case, most is support in the international political arena both granted, especially at a time that Beijing tries to project as a leader in globalization.
Now what?
The crisis is still climbing in Venezuela and international pressure so ripe to abandon power is not reduced.
The Venezuelan President believes that it is suffering an attempt of coup d’etat orchestrated by Washington and dismissed the announcement of presidential elections, as he asks for the opposition.
Many questioned why the presidential elections in Venezuela in which Nicolas Maduro China, was famous for its part, seems to start to move.
In early February, the Geng Shuang Foreign Ministry spokesman said Beijing “has been in close communication with all parties in different ways on the situation of Venezuela”.
“No matter how the situation evolves, China-Venezuela cooperation should not be undermined,” called, without giving more details.
In conversation with BBC World, expert of the Renmin University in Beijing claims to have proof that the Chinese authorities have maintained some sort of approach to opposition, trying to open a sort of dialogue “channel”.
The American newspaper The Wall Street Journal published this week that there had been meetings in Washington between Chinese diplomats and representatives of the Venezuelan opposition.
At these meetings, according to the source, had spoken of “periods of extension” to pay the debt but also to apply more transparency about the agreements, a term that usually does not characterize the Chinese regime.
Asked for this information at a press conference, a spokesman of the Chinese Foreign Ministry considered them “false news”.

According to Margaret Myers, Director of the program on Latin America and the world from the center of studies inter-American dialogue, Beijing still maintains its support of mature simply by advocating for the stability and “protect your own assets”.
Recently, he says, the Chinese authorities have tried to involve more in the Venezuelan oil sector.
Myers recalls ripe China visit last year and says that during that Beijing agreed to grant another loan of $5,000 million to “improve oil production”, as they could confirm from your centre of studies.
The mature Government announced at the time that amount, but the Chinese regime remained silent.
In the words of Myers, “most of what China is trying to do lately is to try to ensure oil supply for existing loans they can afford”.
“It is not an indication of political support.” 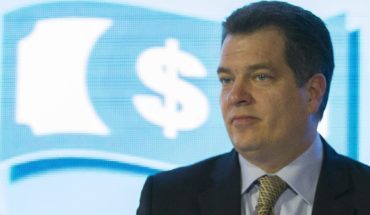 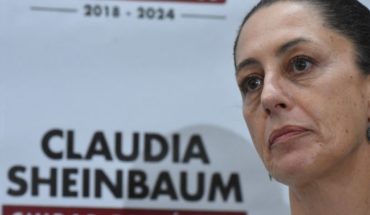 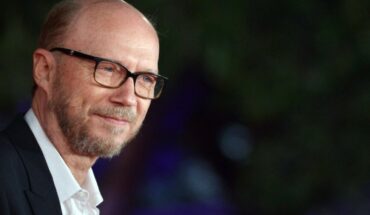 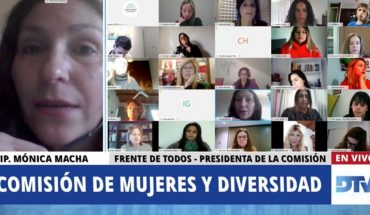