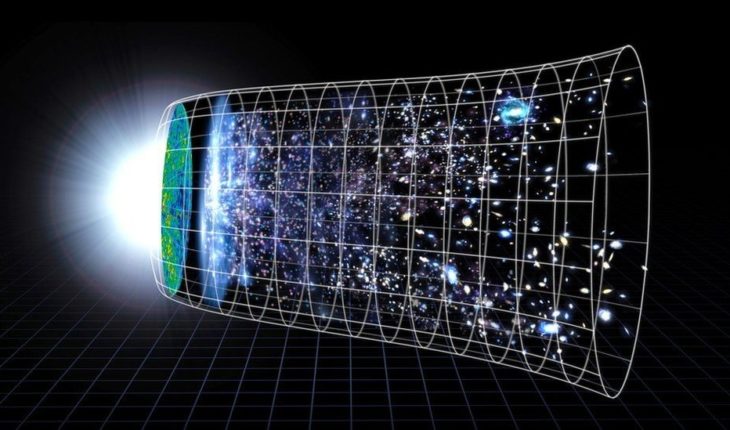 galaxies are are moving each other more and more… and faster.
They distance themselves as if one threw a coin into the air and, instead of falling back towards us, was directed to outer space at one increasing speed, according to the example that some physicists.
If something happens so strange we with a coin, most likely it would be that we ask ourselves surprised «what is pushing it away from us?».
This is the question asked, in a simplified way, the astronomers of the galaxies and their progressive separation, and who still fail to respond.
But in recent months, some scientists have presented different theories related to the mysterious «dark energy» that try to solve the mystery.
Inconstant steady pace with the expansion of the cosmos is measured with a number which is known as the Hubble constant, in honor of the astronomer Edwin Hubble, who in 1929 noticed that the more distant was a galaxy of us, faster seemed to get away.
The Hubble constant can be measured in two ways. One is based on the radiation from the Big Bang (cosmic microwave background), and the other, in the light emitted by the supernovae (exploding stars).
Getty ImagesLa supernovae light serves as a reference to calculate the expansion of the Universo.El problem today is that if you use radiation from the Big Bang, astronomers get a constant of Hubble (expansion rate) less you get if you look at the light from supernovae, says Vivian Poulin, researcher at the Johns Hopkins University, USA, to the BBC.
The researchers say that results from supernovae are more accurate than those derived from radiation, writes physicist and journalist Dennis Overbye in an article published Monday in The New York Times.
«These results are so good that now (scientists) dissent» measurements that shed a minor Hubble constant, says Overbye.
The difference between both results suggests that the universe is expanding faster 9% of what some scientists calculated.
Getty ImagesLa radiation that the Big Bang issued can measure up to our days. Though it appears small, this discrepancy between the formulas for astronomers is «quite serious», writes Paul Rincon, Sciences of the BBC journalist, in an article in January 2018.
So far, scientists do not know with security accounts to obtain rapid expansion or, in other words, is accelerating the separation of the universe.
New particles but have several theories to explain the Riddle, which imply the existence of still hypothetical physical phenomena.
«The rate of expansion of the universe depends on the energy density of the different bodies that compose it,» indicates Poulin to the BBC.
Then, if the pace of expansion of the cosmos is greater than that scientists can explain, it means that there is an additional energy density or an additional particle which are not including in the equation.
Getty ImagesLas galaxies are are moving each other faster and faster. One of these particles could be a new type of neutrino or «sterile neutrino», told BBC News in January 2018 Professor Adam Riess, of Johns Hopkins University, USA, and one of the three winners of the Nobel Prize in Physics in 2011 to discover that the expansion of the a iverso is accelerating.
«Ghost particles» or neutrinos are subatomic particles without electrical charge that interact so very weakly with matter. Scientists predict three types of neutrinos.
If present, the sterile neutrino, which would be the fourth would be a particle which would not interact with matter, but with gravity.
«This additional hypothetical neutrino would add energy density in the universe, and therefore would increase its rate of expansion in the early stages. This would change the value of the constant of Hubble we inferiríamos», says Dr. Poulin to the BBC.
Dark energy the discrepancy has also been attributed to the «dark energy» that comprises approximately 68% of the cosmos, but which is not yet known what exactly.
It is believed to exert a force of repulsion that makes the universe to expand.
Getty ImagesUna theories is that the higher rate of expansion of the universe is «dark energy». In January, the researchers Guido Risaliti, of the University of Florence, and Elisabeta Lusso, of the University of Durham, United Kingdom, published a study in Nature magazine that suggests that dark energy is not stable, but that «its density increases with the time» .
As you know, more density, increasing speed of expansion of the universe.
Poulin and a team of Johns Hopkins University also believe that the acceleration of the expansion of the universe is «dark energy».
But these researchers place it at the beginning of the universe.
I.e., it speaks of a «dark energy early» which is not necessarily equal to the current, and that «declines as the radiation» before 300,000 years the universe, according to a study published in November 2018.
GettyEl origin of the universe is one of the great enigmas of humankind «early ‘dark energy’ increases the rate of expansion of the universe in the first 300,000 years», explains Poulin to the BBC. This would allow current measurements to got with the current expansion of the universe.
If any of these theories were true, says Overbye in The New York Times, «the scientists would have to rewrite the history of the origin and, perhaps, the fate of the universe».
Now you can receive notifications of BBC world. Download the new version of our app and activate them so you don’t miss our best content.
https://www.youtube.com/watch?v=GFJ_N84JzUI https://www.youtube.com/watch?v=GpyJ8GP7PWg https://www.youtube.com/watch?v=o-FUmeEXFOI thanks for reading! Help us to continue with our work. How? You can now subscribe to political Animal on Facebook. With your monthly donation, you will receive special content. Find out how to subscribe here. Check our list of frequently asked questions here. 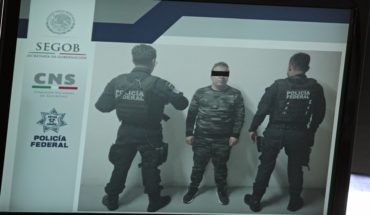 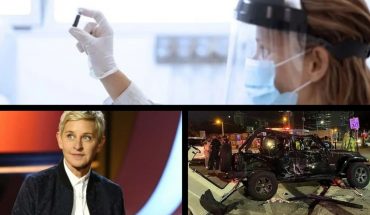