the President of Venezuela, Juan Guaidó came to Caracas, then Monday sent a message through social networks to their supporters in which summoning them from nue Vo mobilization and ensured that «very close» was already returned to Venezuelan territory. Guided has invited the opposition mobilization. However, upon him he weighed an order of no output of the country which has failed to comply, so it is feared a possible arrest. «Upon my arrival, no matter the way you take the dictator, we will continue», had signed up prior to their return to Venezuela.guaido after a tour by Latin American countries to strengthen the international support that has returned to his country. «I’ve toured the continent, looking for the highest levels of support for the restoration of democracy in our country and that mission has been accomplished. We have the support,»said before returning to Caracas.El opposition leader has also returned to charge against the President, Nicolas Maduro. «The usurper who usurps (Presidential Palace of) Miraflores will pretend as never to suppress us and disengaging ourselves, but in desperation will have made its last mistake.» It has made us stronger, more United and we are much more willing to put an end to oppression,»he said before arriving in their country.» We always raise the flag, we always go forward. We are going to achieve. I feel this strength being already very close to you. Are we or not ready for democracy? Are we or not ready to fight for the country? We are or not ready to make history? «, he asked. «The answer for me is very clear. It is time. We are going well, because brothers, let us all», concluded in a prior to his return audio message. Venezuela is mired in a political crisis since January 23, when the President of the National Assembly, the opponent Juan Guaidó, proclaimed himself President of the country after he denounced the illegality of the new mandate of President Nicolas Maduro, who It began on 10 January a new mandate. 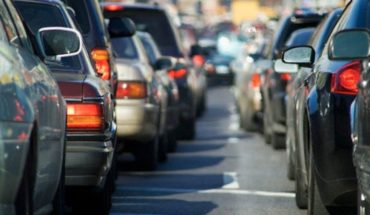