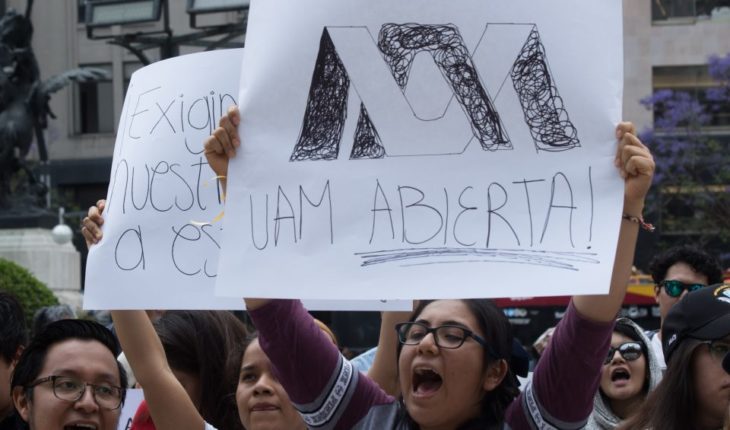 the labour dispute at the Autonomous Metropolitan University (UAM) meets this Saturday 64 days after initiating, with what will surpass the longest strike that has faced that House of studies in his his Toria and without affecting output to this labor-management problem.
Members of the independent trade union of workers of the Autonomous Metropolitan University (SITUAM) marched Friday from the Plaza de la Constitución to the Chamber of Deputies, as part of its action plan to the position of university authorities.
Read: 50-day strike in the UAM: affects 58 thousand students and paralyzes 3 thousand research leader of the SITUAM, Jorge Dorantes Silva, said that they are open to dialogue and the hopes that the rectory of the University made them an offer other than the 3.35 % wage increase and 3% adjustment to the tab.
He said that the authorities of the UAM «have fallen into an attitude of closure», while the Executive Committee and the strike Committee of the Trade Union have shown signs of flexibility and made proposals to achieve a decent wage increase, as well as solution to violations of the collective labour agreement.
He stressed that authorities summoned them to meet to discuss this Saturday at facilities of the Federal Council for conciliation and arbitration, however, in 17 strikes which has always faced the UAM, the negotiations have been public, so this afternoon the Strike Committee will assess whether it is appropriate or not to attend the appeal.
Lee: what ask workers and what answers the University?
So far both parties maintain their positions, while the Trade Union requests a wage increase of 20% negotiable, the Autonomous Metropolitan University offers 3.35% wage increase and 3% adjustment to the tab.
The labour dispute in the Universidad Autónoma Metropolitana affects more than 48 thousand students of Azcapotzalco, Iztapalapa, Lerma, Cuajimalpa and Xochimilco, units in addition to the staff of three child development centers and four of Cultural diffusion.
University accused false information authorities of this House of studies accused some members of the SITUAM have submitted information false or distorted, betting on the elongation of the conflict and destabilization.
In a letter to the Community signed by Eduardo Peñalosa Castro, general rector; José Antonio De los Reyes, general Secretary; Rodolfo René Suárez Molnár, Rodrigo Díaz Cruz, José Mariano García Garibay and Fernando de León González, rectors of the units Cuajimalpa, Lerma and Iztapalapa and Xochimilco, warned that the work stoppage has resulted in negative consequences for this House of studies and continue to multiply.

#Comunicado
rationalization in terms of jobs and economic resources has affected interests. The University will not reverse and will delve into those measures which safeguard the institutional life and the proper use of their heritage ➡ https://t.co/CWfMO9SBx4 pic.twitter.com/SrWBoBTcyn – UAM Iztapalapa (@UAM_Iztapalapa) April 6, 2019 recalled that in dialogue with the independent trade union of workers of the Autonomous Metropolitan University (UAM) matches in the vast majority of the issues raised in the location referred to the problems of compliance with the collective agreement have been reached in Work.
However, they noted, in relation to the salary increase, the University has submitted the highest bid within its possibilities, which exceed those of other similar institutions and is above the rate of inflation and the wage CAP, without putting at risk the viability of this House of studies.
«The current management is committed to the strengthening of the institution and is his duty safeguard as a priority the budget approved for teaching, research and the dissemination of culture, eradicating practices that involve onerous expenses,» he stressed the University in a statement.
This policy of rationalization in terms of jobs and economic resources, they warned, has affected interests whose reactions have been demonstrated during the strike.
They established that the University won’t reverse and delve deeply into those measures which safeguard the institutional life and the correct use of its heritage, against any improper attempt to obtain personal at the expense of the UAM advantages, although this causes fabrications against the authorities.
With information from Notimex thanks for reading! Help us to continue with our work. How? You can now subscribe to political Animal on Facebook. With your monthly donation, you will receive special content. Find out how to subscribe here. Check our list of frequently asked questions here. 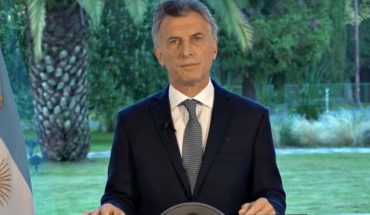