NEW YORK (AP) – New York City banned billboards for alcoholic beverages in municipal properties since drinking too much can cause health risks.» This order which prohibits advertising on municipal property reaffirms our commitment to the equality of health and our posture to protect the well-being of all New Yorkers», said Tuesday the Mayor Bill de Blasio.La ban, which will come into force from immediately, it covers bus stops, local magazines, wireless kiosks and recycling jobs. The places which allows the sale of alcohol, such as bars, restaurants, stadiums and theatres are exempt. The currently exposed fences may remain until expiry of their contracts.

The Commissioner of health of the city, Dr. Oxiris Barbot, stated that «there are too many alcohol-related deaths». The Director of health and social welfare of the city, Dr. Herminia Palacio, said that advertising influences how people consumed alcoholic beverages and the age in which they begin.
«This Executive order closes a gap and reaffirms the commitment of this Administration to develop policies that promote equality of health and building healthier communities,» said Palacio.

Spirits spirits Council said that the ban is «wrong and is not grounded in scientific research». The Vice President of the group, Jay Hibbard, added that: «the research is clear: parents and other adults are the most influential factors in the decision of young people to drink or not alcohol, not advertising». The City Health Department said that there were more than 110,000 income New York City emergency departments during the 2016. Almost 2,000 New Yorkers died that year from alcohol-related causes, including liver disease and deaths in road accidents.
The Metropolitan Transportation Authority banned the advertising of alcoholic beverages in all buses and subways in New York City in January of 2018.

Other cities in the United States have also eliminated the advertising of alcoholic beverages in municipal properties, including Philadelphia, San Francisco and Los Angeles. 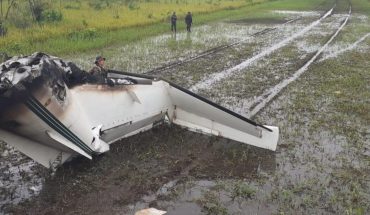