El Paso, Texas-this week, near a bridge between the United States and Mexico, a lawyer explained to about 50 asylum seekers formed in a huge circle, what might happen to them once they are in the custody of U.S. authorities. The lawyer, Jodi Goodwin, told them that they were likely to end up in one of the small stations of the border patrol, that migrants are referred to as «the cooler» because low temperatures. Goodwin advised them to wear the thickest clothes that had or have borrowed clothes of someone else. He also told them that they ate well before crossing the bridge.
What have to do on the day which will go up?: eat well and dressing well

The Council reflects the reality that exists at the border, where the lack of space means that some migrants must sleep on the floor of the border patrol stations, while others are sheltered in tents similar to the military next to a bridge in the city of El Paso, Texas.El Government soon will open two facilities that could begin to accommodate immigrants on Thursday.

A security guard next to a door of a temporary facility of the Bureau of customs and border protection in Donna, Texas, Thursday, may 2, 2019. Photo: AP

The new facilities in El Paso and the Rio Grande Valley will house 1,000 parents and families, which will expand the capacity of the border patrol to retain and process the wave of immigrants that has come in recent months and has overwhelmed authorities. Capacity could be expanded more sometime.» I hope it is enough,»said Carmen Qualia, Executive Director of the Rio Grande Valley of the patrol border sector. «We don’t know what we don’t know.» The installation will have bathrooms, recreation areas and sleeping quarters that will be divided by gender, families and children traveling unaccompanied by an adult. Detainees sleep on mats.

A border patrol agent stands next to a stack of mats during a tour for the media to a temporary facility of the Bureau of customs and border protection in Donna, Texas. Photo: AP

The complex in Donna, Texas, is divided into four modules, each of different colour. In each module there is a security guard.

The gray mats are stacked on one side, and the baths and portable sinks are lined up in another. The air conditioning system maintains each module at a pleasant temperature, but a constant buzz that can impair hearing. It is expected that stores remain in operation until the end of the year, at a cost of $ 37 million. 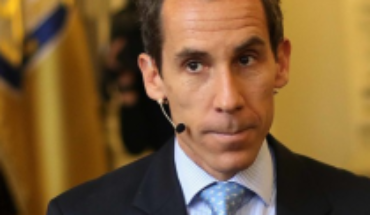 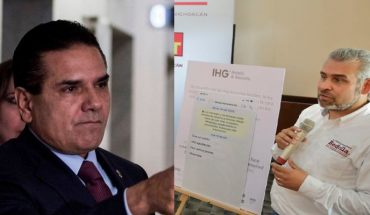 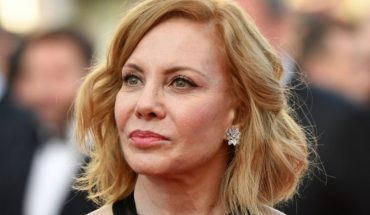