After the bursts of April 30 and May 1 by the movement called «Operation Freedom», came the first weekend in the streets of Venezuela with two different activities posed by Nicolás Maduro, President, and Juan Guaidó, who emerged as president In charge of the country. As for the sectors led by the latter, it called to be in the streets of the country in a peaceful way and to approach the militarized zones, in particular to the base La Carlota and to make delivery of the law of Amnesty so that the National Guard Bolivariana (GNB) was attached to L to national constitution.
In some of the marches scattered by Lara, Caracas, Nueva Esparta, among other cities, there was repression by the militias, while in others they allowed the rapprochement of the civilians, who read the law before the presence of a press, but that was not received By the leaders. One of the most tense situations was lived in La Casona, when a man gave the paper presented by Juan Guaidó to a military and this without hesitation set it on fire in his face, in a clear demonstration that there will be no new leaks on the fronts.
On the other hand, Nicolás Maduro had activity in training center «G/J José Laurencio Silva», where military exercises were carried out, and also marked with them in a clear gesture of unity of the armed forces with the President.

We are advancing victorious military march, touring the Venezuelan plains along with the military youth of the Fatherland, the Superior staff of our glorious #FANB and the regional authorities. An indissoluble unit for defending sovereignty and national dignity. pic.twitter.com/KiBAciYDTe — Nicolás Maduro (@NicolasMaduro)
May 4, 2019

On the other hand, he left a message to those who «switched sides» in the last time. «A handful of traitors who sell themselves to the interests of the United States. AMERICA, it won’t taint the nation’s military honor. Our FANB is deeply committed to the protection of the people, the defense of national sovereignty and the Constitution, «said Maduro. In this note: 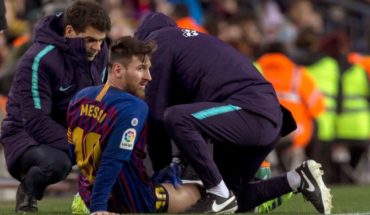