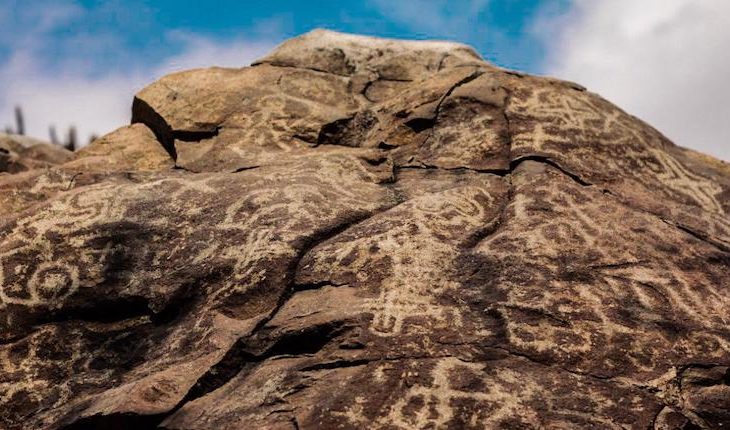 For several years the Petorca Valley suffers drought both because of natural effects, due to the susceptibility That it has the zone by the origin of the water, mainly by precipitations, as by anthropic effects, ie, caused by the human being.
This scarcity of water, added to the increase in the area destined to monoculture of avocado, walnut and citrus, which consume a lot of water, for example 389 liters of water per kilo of avocado, made the area was named as a water shortage area 14 times Consecutive from year 2008 to date.
A little more than 200 km north of Santiago, in the region of Valparaíso, is the valley of Petorca, surrounded by mountain ranges and landscapes that over time have been changing, in large part, because of the industrial development of the last 200 years.
The intensive agriculture model currently employed, threatens water reserves and free access to it; Natural goods are exhausted quickly, committing the wellbeing of their people and taking with them the culture, the mythology and the richness of the area.
All this, coupled with the decrease in job positions and the migration of inhabitants from rural to urban areas, project a little encouraging future for the commune, leaving Petorca today as a symbol for the struggle of water and poverty.
«The 2015 had more rainfall, the river went down and most of those who had lost their plantations in the drought re-sown, so the river basin was re-intervened, deforesting areas with native forest, making new deep wells and pools of Water accumulation. To this day the basin is exhausted, «says Vladimir Vicencio, geologist and master of the University of Chile, founding member of the Petorca Valley Geopark.
«There are communities that do not have direct access to water that are supplied by trucks cisterns and settlers that cannot irrigate their traditional orchards due to lack of water that, however, adjoin with large and green agricultural, where there is no shortage of water resources. This inequality is visibilizó, and that is why Petorca is considered a symbol against the usurpation of this vital resource, very scarce for some but very abundant for others, «Vladimir says.
The Petorca Valley Geopark is born as an alternative that seeks to reverse the situation, encouraging new economic and social mechanisms for the area.
«What we are looking for is to build a local development alternative, understood as a sustainable and sustainable development that will allow us to cope with the times of crisis and scarcity. This alternative aims, in the long term, to restore balance in the watershed, both in its physical, social and economic dimensions, relative to the use of available resources, «Vladimir adds.
For this the team behind this new Geopark is articulated from a different look at how things have been done in the area.
«We seek to obtain information and precise data that can be useful to generate a model of work in the territory. The idea is to seek a principle of sustainability and responsibility with local communities and the ecosystem, which fosters sustainable social and economic development, different from the one that exists today, «explains Claudia Montero, an archaeologist who is a member of the team.
«By working together with the communities, we want to generate a conscious transformation of the habitat, because people become aware of what they do, what they do, what they do, and the consequences of this,» he adds.
The dream behind these multidisciplinary professionals is that through the geopark of Petorca is achieved to forge a milestone towards a more sustainable future, marked by the craving for a social well-being that reintegrates the ancestral worldview of previous cultures with the Current community and where at the same time visualize the impact of over-exploitation in all the Latin American territory and mainly in Petorca, the cradle at this point of the plundering of the water by economic groups that without scruples has to people without access to the Water in the 21ST century.

Community methodology
The project Geopark Valle de Petorca, arises from the need to feel the inhabitants of the valley to put in value the natural and cultural heritage of their environment, provided that this is retained, is an educational tool for both neighbors and visitors and impulse An economy linked to the tourism of special interests emphasizing the sustainability of the activity.
Where the law of the fittest has been imposing for years, these professionals propose a new methodology to link with the environment and the people who inhabit it.
«In addition to working together, we do some community activities and meetings, where we present our work to people who still do not know the project or generate spaces to articulate and deepen the local links and networks, either from Producers, of people associated with services for tourism or local educators, among others, «says Camilo Acuña, team member engineer.
Devil’s Staircase
The idea is that, gradually, the emergence or strengthening of economic, cultural, scientific and innovation activities of the people living along the Petorca Valley will be articulated, «in addition to promoting an educational system focused on sites of Scientific, tourist and patrimonial interest, those that show key information about the history of our hills and valleys, and the life of our ancestors, «explains Michelle Covarrubias, a team member anthropologist.
«Many people in the valley are looking for an opportunity and tools to become independent and start some tourism-related venture. The valley has great potential and that is what we exchange in the meetings, in a reciprocal way. One of the bets is to achieve that in the next few years, a community tourism system will work based on the richness of the territory, that is inclusive, in some sector of the valley and that its success motivates the people who are undecided, «emphasizes Vladimir.
Archaeological sites and geological interest with recognized scientific importance, framed in a permanent process of research, socio-environmental education, conservation of patrimonial elements and tourism of special interests, arise as the Main areas of action and work together with the community, academia and representatives of local communities and organizations.
Scientific Interest
Petorca has great potential to perform interpretative guides based on its elements of the landscape, because these allow to rebuild the history of the territory since its beginning in the geological past. The rocks that make up the hills that we see today in the valley, are volcanic rocks created more than 100 million years ago by the volcanoes that existed back then.
The rocky deposits in the river tell us about the evolution of this in countless floods and droughts; The petroglyphs tell us part of the history of the Indians who inhabited this valley, who lived and witnessed earthquakes, floods, droughts and many other things in their more than 10,000 years of occupation of the territory.
Finally, the peoples that exist in Petorca speak about their history, their culture and their identity, mainly mining and agricultural, allowing to analyze interesting social phenomena like the migration field-city or the syncretism of the cultures pre and post Hispanic. All these elements are inputs for a learning experience based on the attention and connection of these elements to understand something about the functioning of our territory and our role in it.

Funding for student residences
Through a crowdfunding campaign recently completed through the Idea-me platform, it was financed by 34% of what was stipulated for the project.
The research residencies that began in the summer of 2017 require external support to continue growing, with the aim of creating an associative model conducive to an exchange of knowledge between the community, academia and the civil, public and private sectors, Promoting sustainable tourism at the same time in order to diversify and expand the employment opportunities of the inhabitants of the valley.

«The need for funding remains dormant to pay for the days on the ground and the needs of the team during their research, in addition to conducting workshops, excursions and activities in conjunction with community associations and local producers, as They are the main engine of the Geopark, «explains Diego de la Fuente.
«Thanks to the collaboration of the various actors, the project is forged on a slow fire, but surely. However, the resources are still limited, a fact that slows the development of the Geopark, but does not compromise its continuity, because it is a necessary and radical change in this reality, ‘ concludes Camilo Acuña.
* Geopark information in RR. Ss. https://www.facebook.com/GeoparquePetorca/ 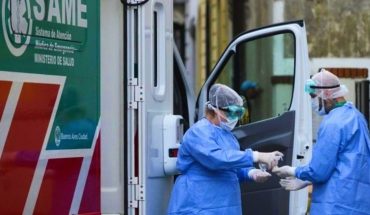 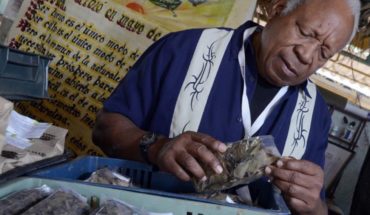