Austria.-Dolores Delgado, Spanish Minister of Justice, revealed the collaboration of the dictatorship of General Francisco Franco in the deportation of thousands of Spaniards to the Nazi extermination camps during the Holocaust. » The Holocaust, although silenced for years, was one of the shames of the Franco regime, «Delgado said in the concentration camp of Mauthausen, where he participated today in the commemoration of his release, 74 years ago. Delgado recalled that in September 1940 Ramón Serrano Suñer, then Minister of the governorship of Franco, held a meeting with the Nazi dome, after which the order of deportation of Spanish Republicans to the Nazi camps was dictated. An order, said the minister, so that those Spaniards «were exterminated.»
In fact, the first Spaniards who arrived in Mauthausen were a group of exiles who lived in France occupied by Nazi Germany. » This means that Franco was not a passive observer of what was happening in the extermination camps, but that the order was given to the Nazi regime to end the life of the Spaniards, of our fellow Democrats, he denounced. Delgado pointed out that the Republican prisoners in Mauthausen, called the «field of the Spaniards», were identified with a blue triangle and a letter S which marked them as «Spanish stateless».
The minister was «proud» to refer to them as «compatriots» and claimed that «those killed by Nazi horror were anti-fascist Republicans and fighters of democracy and freedom.»
They sacrificed themselves for us to enjoy our democracy

He also recalled that the Spanish Government has just passed on May 5 as an official day of remembrance for the Spanish victims of Nazism. » We have had a very selective memory and a little memory, first with the military coup, then with the Civil war and then with the dictatorship, and especially with the exile, which is the great forgotten, «the minister said to the media. 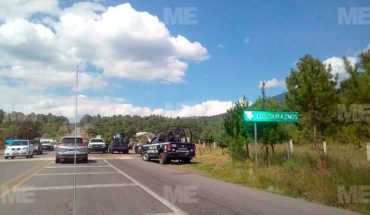 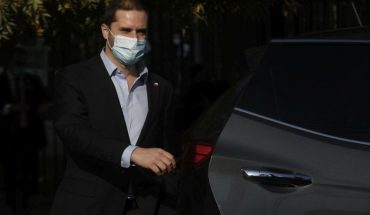