Mexico.-The President of Mexico, Andrés Manuel Lopez Obrador (AMLO), defended his policy on Friday after an article in the New York Times that says he has not transformed the country as promised and makes mistakes of his predecessors.
They have every right to express it. I do not share this point of view, even though it is the New York Times, of a famous newspaper, it refuted this Friday.

Andrés Manuel López Obrador said that his administration, which took office on 1 December, no longer tolerates corruption and has advanced much in other respects. » I’m just going to give a tip to the New York Times, and hopefully record it, «he noted before recalling that during his term of office, corruption has been typified as a felony, while in 1994 this was eliminated from the Penal Code.

With dedication to the newspaper, he said at the end of his reflection.

Two mouth refinery:
Lopez Obrador declared this Thursday deserted the bidding for the construction of the refinery of Dos Bocas, in the southeastern state of Tabasco, and announced that instead Petroleos Mexicanos (PEMEX) and the Secretariat of Energy (Sener) will take charge of the work, about 8000 Million dollars. Faced with the negative impact of the advertisement on the markets, he said that with this work and the rehabilitation of the six existing refineries the country will achieve the self-sufficiency in petrol.
But we will do the refinery in time, form and according to the budget, he added.

Apprenticeship Program:
The morning conference provided a report on progress four months after its implementation of the «Youth Building the Future» program. This program, one of the government’s main programs, offers assistance to 18-to 29-year-olds who are unable to study or who were unemployed to enter as apprentices in workshops and trade, and receive a scholarship.

The head of the Ministry of Labour and Social Welfare (STPS), Luisa María Alcalde, reported that more than 500,000 young people have been enrolled in the program, and that this year’s goal is to reach the million. 58% of apprentices are women and 42% men, mostly from 22 to 24 years, who work mainly in micro-enterprises, although there are also large companies that have joined the project.
Mexico benefits from the energy and talent of its young people, he said.

Mother’s Day:
On Mother’s Day, commemorating the 10th of May in Mexico, the leftist leader congratulated all the mothers of Mexico. » With all our love to moms, to those who live, and remember forever those who are no longer with us, «said Lopez Obrador, who directed the message to all Mexican mothers, from those who live in rural areas to those living in cities.

Questioned by the press, he said that his government has a priority to reduce the rates of violence, which have led to thousands of mothers suffering the disappearance or death of their children. In addition, to celebrate the mothers, there was a musical act in the National Palace, with the presence of women close to the president.
We are going to talk about love, of eternal love, remembering Juan Gabriel, was not that song very beautiful? Let’s celebrate the mothers!, exclaimed López Obrador.

The Secretary of the interior, Olga Sánchez Cordero; Writer Elena Poniatowska; The director of Google Mexico, María Teresa Arnal, and the same wife of López Obrador, Beatriz Gutiérrez Müller, joined the president. It was then that a dozen mariachis burst into the room to fill it with music for about 10 minutes interpreting variations of mythical songs from Mexico, such as «Las Mañanitas». 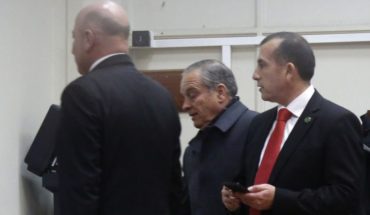 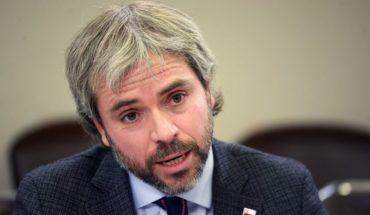 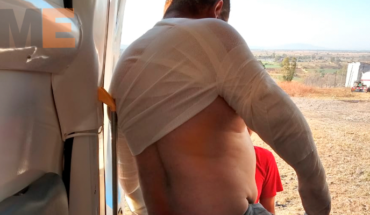