MEXICO City.-The Government of Mexico City warned the population on Sunday not to leave after wildfires covered the metropolis with a layer of smoke that has alarmed even many who are accustomed to pollution. The outdoor activities on the Paseo de la Reforma, the main avenue of the city, were not suspended, although less capital than usual went out to ride a bike, skate or practice aerobics on this road that is usually closed on Sundays for people is exercised. About 22 million people live in the capital city and in the surrounding metropolitan area.
The air is contaminated with high levels of solid particles, such as ash, which can cause respiratory problems and other illnesses due to prolonged inhalation, said the Megalopolis Environmental Commission. In the last few days it has been Sent to 258 firefighters to turn off 13 bush fires, four fires in dry cultivation plots, two in houses, a forest fire and a fire in an industrial warehouse in Mexico City.

In the nearby state of Mexico, 992 firefighters have been sent to fight 30 fires.
At the same time, in the southern states of Oaxaca and Guerrero, fires emerged that, combined with a high pressure system, resulted in the arrival of more pollutants in the Valley of Mexico, noted the Commission. And in Tepoztlán, a popular tourist town in the south of the capital, the authorities shut down access to their archeological ruins over the weekend while shutting down fires that consumed more than 80 hectares (200 acres) of grasslands, scrubs and other plants Flammable. The hashtag #HumoEnLaCDMX was a trend on Twitter, and circulated an image of the statue of the Angel of Independence with a gas mask.
Olivia Meza, 28, was travelling on skates along with her dog despite warnings for contamination.
‘ ‘ I am accustomed to the air, in some way, ‘ he said, shrug.

Meza says the growing levels of air pollution in the city are due to climate change. In recent years the dry season in Mexico City has spread, so it has rained less during the summer and temperatures have risen. In addition, the capital is in a valley, which traps dirty air and particles, and millions of cars contribute to their escapes.
And now the fires. In the last days the city has been covered by clouds of smoke, which has reduced visibility in the streets, especially during the night. Parents of children have reported that infants wake up with nocturnal nosebleeds. ‘ ‘ Last night smelled like burnt, «said Michelle Serralde, 40, who accompanied Meza with skates on Sunday despite the bad air quality ‘ ‘ because it’s a few days you have free. ‘ ‘
Nearby, an aerobics session organized by the city ended by the day. Irene Cruz, a 60-year-old woman who weekdays courses on how to use extinguishers, took part in the class for four hours despite warnings. Saturdays are to go to church, he said, and on Sundays to do outdoor exercise.
Pollution ‘ ‘ is something we live on every day, ‘ he added, and joked that it would rust if he ever left his hometown. 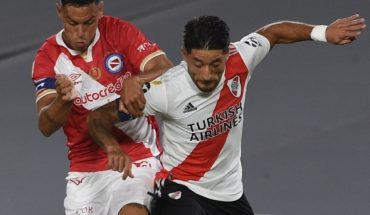 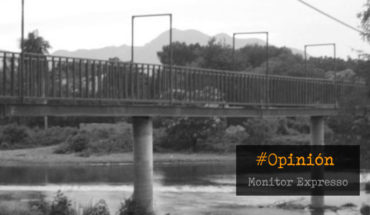