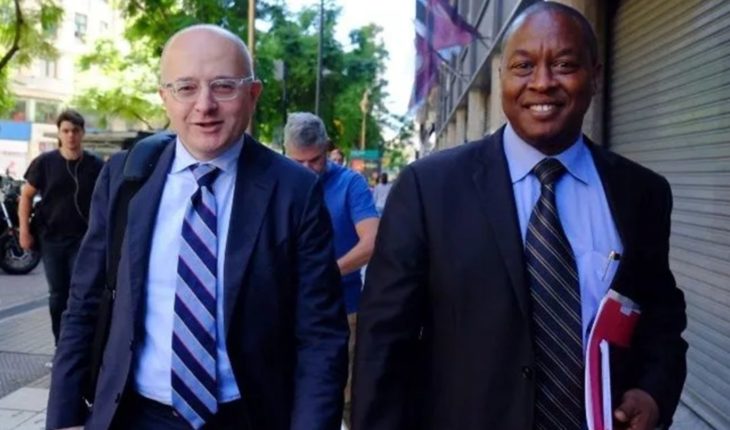 «We believe that the worst has happened, that growth should improve, inflation should fall in the coming months,» said Monday, following a meeting with leaders of the General Confederation of Labour The Head of the mission of the Monetary Fund in Argentina, Robert Or Cardarelli. And consulted on an eventual electoral triumph of Cristina Fernandez de Kirchner, the auditor replied: «We have no fear of anything.»
«Clearly there are risks, but the worst has happened,» said Cardarelli and on a renegotiation of the agreement with Argentina, «it is too early.»

Before the Italian economist and another envoy, Trevor Alleyne, the CGT reported that it rejects the basic premises of the Government for a dialogue with the various sectors and opposed the need for a «serious and inclusive» Economic and Social Council. The «Mesa Chica» of the Confederation of Workers met for more than an hour with the technicians of the IMF at the headquarters of the Workers ‘ Union of Construction (UOCRA) that leads Gerardo Martínez, in Belgrano 1870 of the city of Buenos Aires. As it went down, the leaders exposed The Union’s position on the progress of the Government’s economic policies, almost three months after the last meeting with the officials of the International Credit agency, pointed out the guild sources.
«In the country there was a serious deterioration of the economic, social, labor and productive variables and all the economic forecasts of the government and of the own fund were breached,» the trade unionists said.

They indicated that «it is necessary to convene a serious and inclusive Economic and Social Council to discuss and agree on a prior basis the issues to be addressed and not an official ten-point-book model.» The government’s ten-point call is late because it does not generate a framework of trust and credibility, «said Cegetistas leaders, who asked foreign officials whether» the IMF participated in this initiative, especially with Issues of labour and pension standards, «what Cardarelli denied. The CGT expressed its «concern» with «the Campaign of economic fear launched against the electoral process from the concept» if the current government does not win the country will face the economic abyss. » And he emphasized that «this methodology is extorsiva and tends to condition the sovereign will of the electorate», to which Cardarelli said «not to share» this procedure and noted its «willingness» to maintain «dialogue and future collaboration with this or any other government» .
«The combo inflation-devaluation is explosive, erodes the purchasing power of salaries and conditions economic growth,» they said to the ejectivoss of the Fund.

It was reported that Cardarelli coincided with the trade union movement in the implementation of «a joint recomposition scheme accompanying the inflationary process in order to avoid the loss of Adqusitivo wage power». However, for the mission of the World Credit Agency «the current exchange rate is competitive», although it expressed «concern» because «they do not yield inflation rates». The trade unionists also proposed renegotiating the terms of the agreement with the Fund, since so far «80 per cent of this agreement was disbursed, economic variables were not improved and the possibility of meeting those debt maturity is worrisome for A future government of any sign. » This Tuesday, the board of Directors of the CGT will deliberate to discuss the possibility of declaring a national general strike towards the end of May or early June.
In addition to the host Martínez, Secretary of International Relations of the CGT, participated in the meeting in the UOCRA the trade union leaders Andrés Rodríguez (UPCN), Enrique Salinas (UOM), Mario Caligari (UTA), Omar Maturano (the fraternity), Julio Piumato (Judicial) and Rodolfo Daer (food). In this note: 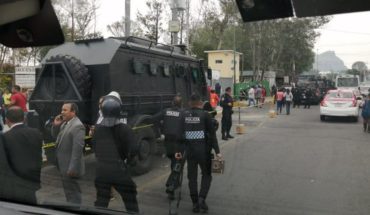 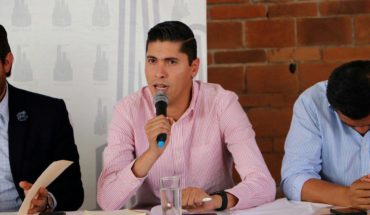