Tucson.-The tightening of the measures established by the Government to detect fraud of migrants illegally crossing the southern border with minors is causing new cases of separation of families, denounce affected and aware of this situation. Guatemalan Carlos A. Gutiérrez claims to be the victim of these measures after the Border Patrol refused to give him to his stepdaughter, a girl five years of which he does not know where and under what conditions. Gutierrez crossed the Arizona border last week to seek asylum in the company of his daughter, Abigail Gutierrez, 17, and her stepdaughter, Ximena Alarcón. The migrant told EFE that from the first moment he assured the authorities that little Ximena is not his daughter Biological, but that his wife, and mother of the youngest, already lives in the United States and had authorized him to travel with her.

The new measures are causing new cases of separation of families. Photo:

To show that everything was in order, the Guatemalan presented the uniformed the birth certificate of the minor.

“The migration agent told me that there was no problem, that the case of both (girls) was going to get together in one and that in the end we would leave the three, several times I asked and that’s what I was told. They lied to Me, “said Gutierrez. After two days of detention, a time when he was separated from the two minors, a Border Patrol agent informed him that they were” coming out “, but when they were about to transport them last Friday to a hostel in Tucson She found out that Ximena hadn’t left, only her 17-year-old daughter. ” No one knew me say anything, the reason I did not give it, where I was, what we do to recover, nothing, just ask here at the hostel, “said the Guatemalan migrant waiting for news in the old Benedictine convent of Tucson. Volunteers of this hostel that receives weekly dozens of undocumented told EFE that this type of cases are being given very often and that they consider that the migratory authorities are using any “pretext” to separate the Families.

They take measures set by the Government to detect fraud of migrants. Photo: AP

Earlier this month, President Donald Trump’s administration announced stricter measures to avoid cases of fraud that have been detected among asylum seekers who continue to arrive in large numbers at the border. And national Security Research Leaders (HSI) of the Department of Homeland Security said there are cases of minors being “rented” by traffickers to facilitate the release of undocumented asylum seekers, as Children cannot stay in detention for a long time. These measures include DNA testing of migrants and biometric data such as fingerprinting in minors to try to identify those who impersonate members of the same family. Since the beginning of the fiscal year, the immigration authorities have claimed to have identified more than 1,000 cases of families who have been in immigration fraud, over a total of 248,197 people who illegally crossed the border as part of family groups. Activists consider that the new measures do not take into account the different circumstances that families live, in some cases the minors have grown up with their grandparents, uncles or in this case like that of Gutierrez with his stepfather. In the case of this family, the hostel told them that it may be several weeks before they re-unified with Ximena, as they may be sent to a shelter for migrant minors. Last week was the first anniversary of the implementation of the “zero tolerance” policy towards irregular immigration by the administration, which affected thousands of migrants for family separation. Although Trump ordered the end of this separation last summer, after bitter international controversy and within his own party, numerous activists insist on their allegations that there are still cases in which minors are removed from their families once They cross the border. 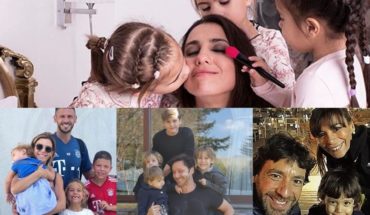 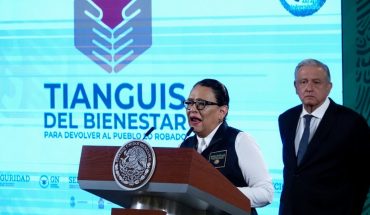 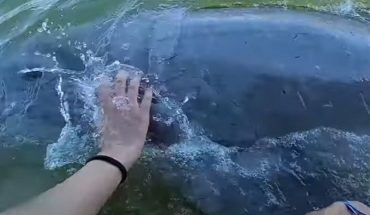