Guamúchil, Sinaloa.-an average of 1,000 students at the primary and secondary levels attend 120 community education leaders (LEC), better known as teachers of the National Council for Educational Promotion (CONAFE), said the coordinator Academic Odair Montoya. Since its founding in 1971, the institution has played a key role in education, not only in the formation of students, community work, combating illiteracy, but in the training of public service teachers and Private. Over the years, however, the dissemination of this important programme has been reduced. In addition to this, the change of government caused anxiety about its future, so uncertainty grew if it would continue to operate. But so far the institution has not been affected in its operation. In the case of the Évora region, the academic coordination was consulted to know the conditions in which it is found. The Coordinator reported that there is no uncertainty that Conafe disappears, because there are no problems in payments or operations, there are only changes in formats and updates.

Even in the last year there was an increase in the registers of new income, «said Odair Montoya.

Regarding the alleged merger of federal scholarships to young people with the Conafe, announcement made by the state delegate in his visit to Guamúchil, so far the delegate has not reported further details, so it can not be confirmed if this merger will take place. The Council is currently in promotion for those wishing to be part of the 2019-2020 school year. «Persons aged 16 years and older and without age limit may be incorporated.» They can be registered online on the Conafe page. The requirements that are requested are: birth certificate, CURP, certificate of Last degree of studies, medical certificate, four child-size photographs, voter credential and proof of address. Preferably carry copies of each document. This program provides a monthly scholarship for three years to those who culminate their service for one year. On the dates of the training courses, they have not yet been defined. 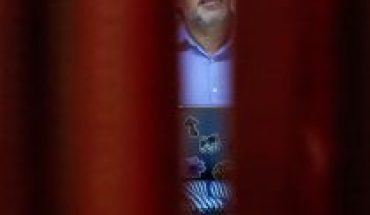