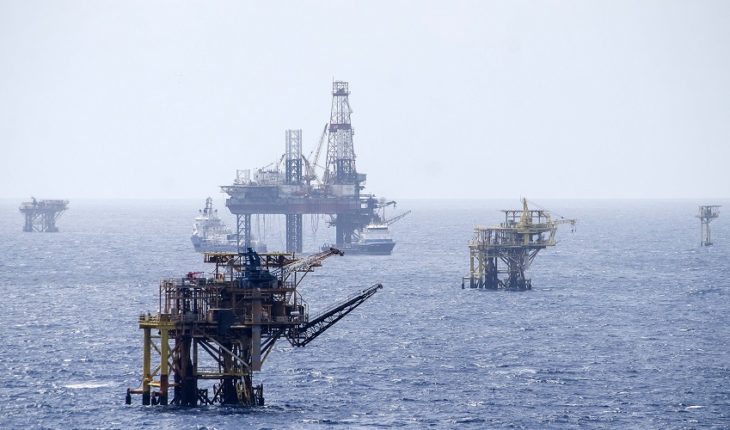 One of the main bets of the government of Andrés Manuel López Obrador is the energy sector and the rescue of Pemex; However, the most recent official data show that this effort, at least at the meeting of the first quarter of 2019, still It fails to lift oil production, a key indicator for the company.
In fact the trend has been negative a couple of months to the thread, and in the first quarter of the year Mexico’s oil revenues fell by almost 25%. Still, the government defends to have an ace under the sleeve: the exploitation of a score of oil fields, in waters and in the terrestrial zone of Veracruz, Tabasco and Campeche.
The energetic emphasis of the government of López Obrador-that different critical voices cross out of outdated, for betting on the production of fossil fuels and not on clean energies-is seen in the figures of the Treasury.
While spending in the health sector, for example, fell 12.2% in the first quarter, and the IMSS increased just 3.9%, compared to the previous year, The Energy secretary had an increase of 254.6%.
It is the federal unit that had the greatest variation in spending, upwards in real terms. The official explanation is that more resources were allocated to energy policy coordination programmes in hydrocarbons; To energy diversification funds, and Research and technological development in oil-related matters.
In addition, last May 3, the government of Andrés Manuel López Obrador announced new austerity measures, including more staff cuts, and the Treasury Secretary, Carlos Urzúa, said that The savings would be destined to Pemex, Company with a debt of more than 100 billion dollars. The world’s most governament oil company. It’s usually said in every report about this company.
This Sunday, in Salamanca, although the company has these financial problems, the President said that with the support he will give his government-estimated 100 million pesos additional budget compared to last year-, Pemex will be from 2022 a «lever» development For the country.
«When we already have a strengthened company, that is the purpose, to achieve it in three years… Pemex will have enough income to help us, to finance development, in the second half of the government, «said the president.
«That is the strategy, until 2021 we support, supporting, strengthening Pemex. Once it is consolidated, already 22, 23 and 24, Pemex begins to support and becomes a lever of national development, that is the purpose, «he added.
Stability… Down
In previous releases, Pemex insisted that the current federal administration had managed to «stabilize» the decline in oil production.
«From January to March, It was possible to stabilize the fall in the production of crude oil in 1,690,000 barrels daily «, said Pemex on 30 April.
«The energy sector is going well and especially Pemex, where It was able to stop the fall in the production of oil and stabilize it in an average production of a 1.7 million barrels daily «, he referred the company, quoting the president, on May 21st.
But the most recent data, on April, once again showed a decline in crude oil production. Whereas in April of 2018 the production was of 1,868,000 barrels daily, in April of this year it was of 1,675,000 barrels daily. A drop of 10.3%.
When comparing with month to month, April 2019 compared to March, the decline in crude oil production was almost 1%.
On average, so far this year, production has been 1,672,000 barrels a day. To stay that way, it would be the lowest figure since 2014. In 2018, the average annual figure was 1,813,000 barrels per day.
The best month so far this year was February, when we recorded 1,701,000 barrels a day, but The next two months, March and April, have been downwards consecutively.

As for the production of petrol, the figures also fell. Last April, the production of 196,900 barrels per day was recorded, while in April of 2018 it was 276,800 barrels per day. 28% less.
By comparing April 2019 with March, the decline in petrol production was 1.8%. Meanwhile, the importation of gasoline from abroad-which the government of López Obrador promises to reduce to reach self-sufficiency-in the same period increased 6.7%.
If you compare the first quarter of this year with the first quarter of 2018, The country’s oil revenues fell 24.7%, Staying at 179,034,000 pesos.

Pemex, with the government of López Obrador, It was raised as a goal that for 2024 its production is of 2.2 million barrels daily, on average yearly.
To that end, Hacienda announced fiscal stimulus for Pemex, which would allow at least this year to have 30 billion of additional pesos, and allocate them «to increase investment in exploration and production, as well as to improve their fiscal balance.»
What do you bet the government of AMLO
The bet of Pemex and the government of López Obrador is that 22 extraction fields, whose development they presume to have detonated, serve to initiate a positive or constant upward trend; 12 of them will start production in 2019, as reported by the company.
The forecast of the federal administration is that, between October and November, these fields begin to generate barrels.
«Everything related to the infrastructure of this year’s 20 new fields is one hundred percent and running. While the infrastructure for the fields Onel and Yaxché is in the process of bidding and is expected to have it contracted in July this year, said on May 21 the director of Pemex, Octavio Romero.
«It is expected to develop between 20 and 40 fields per year throughout the period of this administration. This allows us to estimate with a good degree of certainty that we are going to achieve the objective of increasing production in the coming years. »
Sixteen of these fields, according to the government, are in shallow waters, in the sea, correspond to the coastline of Tabasco and the Sonda de Campeche, and four to land, three in the state of Tabasco, and one in the state of Veracruz, Ixachi.
Never developed in a year 20 new fields, presumes this administration.
«Here we see that it is the 2003 the year in which more fields were developed, eight and from that year, four, four, three, two, as well until reaching the year 2015, in which only a field was developed, and 2016, 17 and 18, not even a field. That also explains the fall in production «, explained the director of Pemex at a morning conference.
The oil activity estimated for the next few years, Romero said, will be a decisive trigger for the economy in our country.
READ: Fitch ratings low credit rating of Pemex; AMLO accuses the agency of hypocrite
«It is estimated to drill around 500 wells, build more than 100 marine production platforms and install more than four thousand kilometers of pipelines, which will generate about 47000 average jobs per year.»
Another key element in the project of López Obrador, is the rescue of six refineries and the construction of a new one in Dos Bocas, Tabasco, although according to a study of the IMCO, that investment only has a 2% probability of success. In addition, it would be ready for three years, if it is fulfilled what the chief executive promised.
READ: Is it feasible to build two mouths in time and shape as AMLO says? Analysts see risks
While Pemex figures show that there is still no «detonation» of crude oil production, the government on the other hand presumes that there are already results in another energetic item, that of combating fuel theft.
As President Lopez Obrador said on 25 May, the so-called Huachicoleo was already reduced to 95%, and this year there would be savings of about 50 billion pesos.
«We are encouraged and will support Pemex even more,» said the president.
From his stage of candidate, López Obrador criticized that previous governments dismantled Pemex, and that the energy reform implemented by the Government of Enrique Peña Nieto, which opened the door to private for oil exploration and production, was a «failure» For the country.
READ: The Hound: AMLO says that energy reform is a failure, but what has he left in favor and against his approval?
While the president said his government would not cancel the contracts established with privates, it did challenge those companies to increase their production, and to compete with what Pemex does, that without corruption would improve its results, he promised on March 18.
«To explore and drill wells where there is oil, not as previous governments did, which invested in deep water where it is not
Sure that there is oil or the extraction costs are very high. »
Both the OECD and the Bank of Mexico have pointed out that Pemex could jeopardize the country’s macroeconomic stability, as it affects public debt and could lead to a reduction in sovereign qualification; Qualifiers and analysts have criticized disdain for private investment, or a millionaire investment in Dos Bocas refinery, instead of focusing on the business of exploration and production.
On the other hand, President López Obrador insists on his commitment to Pemex and the rest of the energy sector, to give extraordinary fiscal stimulus and spend at least 8 billion dollars in the refinery of Two mouths, to propel the Mexican economy. At the end of his administration, the figures will speak for themselves.
Thank you for reading! Help us get on with our work. How? Now you can subscribe to the political Animal on Facebook. With your monthly donation you will receive special content. Find out how to subscribe here. Check out our list of frequently asked questions here. 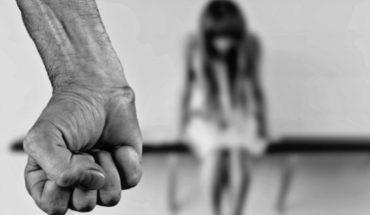 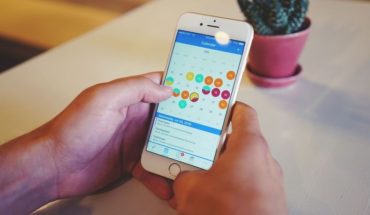