The shipwreck of a ship carrying South Korean tourists in the Danube as it passed through Budapest left seven dead and 19 missing, and both Hungarian and Seoul media alluded to the hypothesis of a collision. The authorities of South Korea and Hungary announced the death of seven passengers of the ship, which was on a tour of the Danube in the Hungarian capital, a city that attracts many tourists from all over the world. According to the South Korean Ministry of Foreign Affairs, on board the vessel there were 33 nationals of the Asian country, of which 19 are missing, while seven people were rescued. » Seven people were hospitalized in a stable situation with hypothermia and commotion symptoms, «said Pal Gyorfi, spokesperson for the rescue services, during a meeting with the press on Thursday morning at the intervention site.

Troops of rescue services along the Danube river in Budapest, May 29, 2019. Photo: AFP.

«Our services found the death of seven other people,» he added.

Two Hungarian crew members were also on the boat. Mihaly Toth, a spokesman for the company that owns the boat, told the Hungarian press agency MTI that the boat had no technical problems. » It was a routine tourist visit, «he assured. «We don’t know what happened. The authorities are investigating. All we know is that it sank quickly, «added Mihaly Toth.

Possible collision
According to the Hungarian media, the 26-metre boat sank after colliding with another boat near the point where the Hungarian Parliament’s headquarters building is located. Seoul also spoke of a collision with a cruise ship, but no official Hungarian source commented on the causes of the accident. An eyewitness told the Index.hu information site that the ship, with a total capacity of 60 passengers, received a blow on its back from a large cruise ship. The search work continued during the early morning hours and the divers intervened in a large area of the river, said Pal Gyorfi. The heavy rains recorded on Wednesday and since the beginning of may increased the levels of the river waters and their currents, which It complicated the rescue work. The boat was found after several hours of searching near the Marguerite bridge, which connects the Old City, Buda, and the Pest district, according to local media. The accident occurred around the 22H00 (20H00 GMT) on Wednesday in a very popular area for pleasure trips along the Danube river, from which you can see the city and parliament building, illuminated at night. The authorities blocked access to the area, according to local television. South Korean president, Moon Jae-in, ordered «to deploy all available resources» for the bailout, according to the presidential office. The Hungarian Minister of Health, Ildiko Horvath, visited the place of events to express his condolences to the families of the victims. Workers from the Korean embassy were also present to assist rescue services. 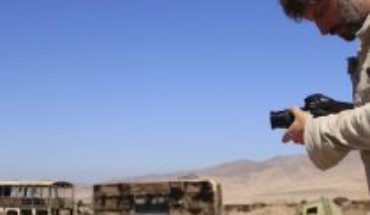 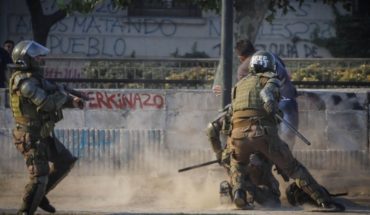