Julius Mbah is 32 years old and was a father for the first time last month. You don’t know your daughter. The birth happened when he fled somewhere in Panama. It is native to South Cameroon, an Anglophone territory in conflict with the Government of its country, dominated by the French-speaking majority. He says he was being pursued by the authorities and decided to escape a month after his first daughter came into the world.
Mbah arrived in Tapachula, Chiapas, two days ago. It remains outside the 21st century migration station without knowing exactly what the process is to start. He still loads his backpack with the few items he loads on his long route. He’s not the only one. The place looks like a refugee camp transported from a far away, a Babel tower at ground level.
The vast majority of the people here are black. Some come from sub-Saharan African countries such as Angola or Cameroon. That’s the case with Mbah. Others are native to Haiti, much closer. There are also Cubans and some Central Americans who wait to dream of the impossible: to get a family member out who fell into the hands of the National Institute of Migration (INM).
Read: In the rain, migrants sleep on the street waiting for asylum in Mexico
Everyone here wants to get to America. Although Haitians still consider making a stopover in Tijuana, where their community has built “Little Haiti” since the first advance arrived in Baja California in 2016.
Julius Mbah, the Cameroonian, is part of a migration that does not occupy covers such as the Central American exodus, which lacks as much tradition as the one that comes from Guatemala, Honduras and El Salvador, but that makes its way because human beings always find a route Alternative.
This flow has been at least since 2016. There have been thousands of migrants from faraway places like Cameroon, more than 11,000 kilometres in a straight line. Political Animal asked the INM about its plans for this group, but received no response. That same day, the commissioner, Tonatiuh Guillén, was submitting his resignation.
The paradox of wanting to be locked up to go free
Every day in front of the 21st Century Station there is a paradox. While the terror for Central American migrants is being arrested in an INM detention, locked up in the immigration station and deported to their country, there are many people here who are asking to please put you inside the detention center for foreigners.
They know they cannot be returned because there are no consulates that will identify them or deportation agreements with their countries of origin, so the role in which they are required to leave Mexico in 20 days serves as safe passage to move north.
Mbah has just arrived, barely two days, and still does not know the procedure well. So keep a line, like the rest of your countrymen.
“Living in Cameroon is terrible. There are dead, anything can happen, if the police see you can shoot you just because you’re a man,” he says.
The conflict in Cameroon is complex and originates in the European colony. The Anglophone part, to which Mbah belongs, is marginalized by the French-speaking majority. There are even those who argue that they must form an independent state, known as Ambazonia. In the African country more than 200 languages are spoken, but the two that divide communities to the point of causing civil confrontation are French and English, originating in the metropolis.
Lee >> Governorate estimates that 50 thousand migrants wait for their asylum in Mexico
“The state began to persecute me. They put me in jail. I went to the hospital, managed to run away and i’ve been on the run then,” Mbah says. With this background, it wouldn’t be difficult for him to access the asylum in Mexico. I could go to the office of the Mexican Commission for Refugee Aid (Comar), as collapsed as the outside of the 21st century, but you don’t want that. He wants to get to America. “I don’t even speak Spanish. I couldn’t find a job here,” he says.
The tour the Cameroonian faced would be a challenge for Phileas Fogg, the protagonist of “The Round the World in 80 Days” that Jules Verne imagined.
Cameroon to Ecuador. From Ecuador to Colombia. From Colombia to Panama. From Panama to Costa Rica. From Costa Rica to Honduras. From Honduras to Guatemala. From Guatemala to Mexico.
There is still the most difficult step: reaching America.
The final destination is an anomaly if we think of the traditional path of sub-Saharan migration, which looks more at Europe, even if it is closer.
They are the young people who try to jump the fence surrounding Ceuta and Melilla, two Spanish enclaves in the north of the African continent turned into fortresses that separate opulent Europe from North Africa. Or the families who play their lives aboard precarious boats and who have turned the Mediterranean into an immense aquatic mass grave, with European governments even putting obstacles in the way of volunteers organizing rescue expeditions.
Julius Mbah decided to play it on another route.
The costly was the ticket from Cameroon to Ecuador. From there, walks, long marches, some rides, put yourself in the hands of people who can accommodate them, camaraderie on the road and dangers at the borders. Every migration, no matter the route, has common denominators: vulnerability, scarcity, put in the hands of others.
Neither Mbah nor any of the companions he keeps rowing with outside the 21st century claim to have paid a single peso to some human trafficking network. But that’s what they say, and if it were the opposite, they wouldn’t say it either. Every route has its deep explanation. Always, absolutely in all cases, there is someone who draws slices of the desperation of those who leave everything behind.

“In the jungle it’s full of corpses”
“Here it’s all misorganized. You don’t know when they’re going to search you. We wait, but we don’t know when we’re going to get the data and lead to arrest,” says Angele, 35. This is a strong woman who speaks French at a “devilish” speed. He comes from the Democratic Republic of the Congo and is not one of the top of the line, but has moved on to protect himself from the inclement sun. She’s locked in a hallway with fences on both sides. This is where you wait to apply with Migration. There are only women in the row.
“We spend our time here, waiting. They told us to come today, but they just said they’re not working today and we’re coming next week,” Angele says.
Read >> AMLO’s government’s policy is war on migrants, denounce out-of-prison defenders
She knows that making an appointment means that at some point, they’ll stop her. But he doesn’t care. Entering the center where migrants are locked up for not having the papers is the beginning of the next phase of the journey for people like her. There is no embassy to recognize it, and if there is one, there are no agreements with Congo to return the migrants. The Migration Act dictates that, in these cases, a person may be enclosed for a maximum period of 60 working days. So since one is stopped in the center, a countdown is started that ends with the exit office in the hand, which in Angele’s case amounts to a safe conduct.
“We are migrants, we have no money, we have to pay rent, food,” the woman protests. The 21st century station is collapsed, well above capacity. That is why inM has enabled the Mesoamerican Fair, a complex that houses a palenque and that has capacity for more than a thousand migrants. This infrastructure was already launched in October, on the occasion of the arrival of the first caravan from Central America.
“There are always problems in my country,” says the woman, who has to raise her tone of voice above the crowd of children running around her.
Suddenly, a stir.
Federal Police officers arrive and report that the next appointment with the INM will be on Thursday. I mean, they have to wait a week. Too many days for people who have the exit ticket in hand, who fulfill the procedure but who are eager to leave Tapachula.
Some women protest, others resign theself, and most men are heard elsewhere.
Aware that today will not be the day when you can process your case, Angolan stalks its story. He says he worked in a small shop in Kinshasha, capital of the Democratic Republic of the Congo. Things weren’t going well for him and he made the decision to leave. His journey is even more tortuous than that of Julius Mbah, the Cameroonian. From the Democratic Republic of Congo to Angola. From Angola to Cuba. From Cuba to Ecuador. And from there, the route north again.

“The road is very hard,” she says. His eyes are wet. He’s talking about the jungle, the transit from Panama. “It’s very hard, you find corpses, there are people who can’t stand it,” he says.
Angele claims that her cousin Liliane, 24, was one of those who stayed along the way. He claims he dated her but that on the road, in the jungle, he started to feel bad and stayed there. “You have to walk and you see corpses,” he insists.
The great concern of this tower of Babel before the 21st century migrant station is to be stopped as soon as possible. However, this process, which was previously fast, was broken in recent months, according to Salva Lacruz, head of advocacy at fray Matías Center for Human Rights. The defender says that now that path of arrest-lock-safe conduct is no longer so automatic.
Read: The Keys to Mexico’s New Border Plan
The alternative found by the immigration authorities is to offer this group the visitor card for humanitarian reasons. This is the same document that more than 12,000 Central Americans received in January, when the first caravan of the year arrived at the Rodolfo Robles bridge, which divides Guatemala and Mexico.
To obtain this card you have to ask the Comar for asylum. This causes dozens of African migrants who do not want to seek refuge to join those seeking the protection of the Mexican state and help make the institution even more collapsed.
Although the agreements andMexico and the United States speak explicitly about Central American migration, it is more than likely that this flow has also appeared in the talks. The Mexican government argues that all those involved feel in a multipolar forum. There, they believe, should be Ecuador, as it does not require visas for migrants from countries such as Cameroon and this allows the arrival of migrants.
Human beings always find routes that make their way. Mbah and Angele’s goes on to turn herself in to Migration so she can continue on her way.
Thanks for reading! Help us get on with our work. How? You can now subscribe to Political Animal on Facebook. With your monthly donation you will receive special content. Find out how to subscribe here. Check out our list of frequently asked questions here. 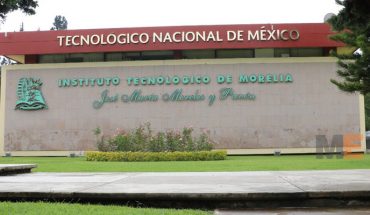 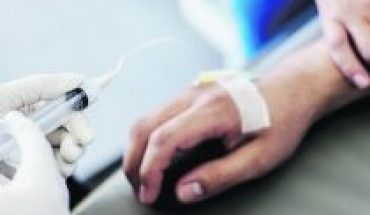