QUITO (AP) — An Ecuadorian court on Thursday ordered the release of a Swedish computer expert close to WikiLeaks founder Julian Assange. Ola Bini was released from prison before midnight after more than two months held on charges of alleged piracy in the Andean country. The Pichincha Provincial Court, with a split vote of its three judges, accepted a habeas corpus that allowed the release of Bini prison, who left a prison in the north of the capital after 71 days in prison after his lawyers processed the order.

“I want to thank the people of Ecuador, everyone in the world, my team, everyone for believing in me, today I’m going to prove my innocence (…) I’m going to continue until I prove my innocence,” Bini said in his early statements. The computer also thanked the judges who “could see that this process is illegal and that I was unlawfully arrested.”
Lawyer Mario Melo, who represented Bini in this trial, noted that the programmer was being prosecuted “without any particular charge, he has committed no crime. The prosecutor has not been able to determine in any way that has intervened in any computer system, so his detention was always arbitrary and illegal.” In a statement, his defence noted that “this decision will allow Bini to defend itself freely and demonstrate to the national government that it has not violated any system as the authorities have repeatedly stated. Bini will remain in the country until he fully proves his innocence.” Bini, 36, who lives in Quito, was remanded in custody on April 11 at the request of the prosecution, which had required a 90-day deadline to investigate him for alleged hacking, conspiracy against the government and closeness to WikiLeaks.Between the elements that triggered the alerts is that Bini visited WikiLeaks founder Julian Assange on 12 occasions during his seven-year asylum at the Ecuadorian embassy in London and having coincided on many international trips with the former Ecuadorian chancellor and opponent Ricardo Patiño, currently fugitive from justice. Bini’s defense asked the prosecution to show evidence of the allegations within the judicial process, but failed to do so. 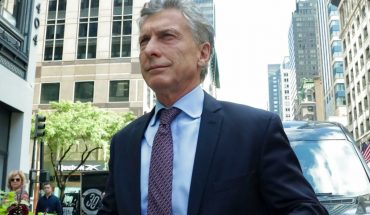