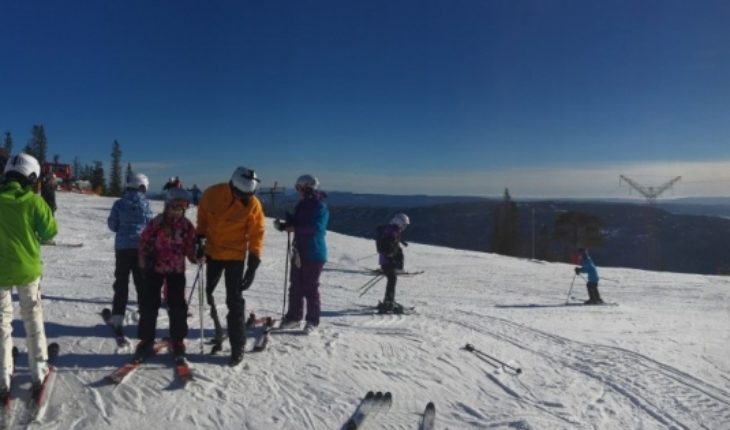 Farellones Parks was the place chosen this year to give the go to the 2019 Ski Season. The ceremony was led by the Tourism authorities and representatives of the 12 winter centers associated with the guild: Portillo, La Parva, El Colorado, Parques de Farellones, Valle Nevado, Nevados de Chillán, Volcán Antuco, Corralco, Ski No Limit, Antillanca , Osorno Volcano and Club Andino Punta Arenas.
According to figures from the Association of Ski Centers of Chile (Aceski), for this year it is estimated that 1 million 100 thousand skiers and 1 million 250 thousand visits to the mountain centers, which corresponds to an increase of about 10% compared to the previous season.
In this regard, the Under-Secretary of Tourism, Monica Zalaquett, argued that «in Chile we have a wide offer associated with snow tourism, both in the Metropolitan Region, as in Valparaiso, Uble, La Araucanía, Los Lagos, Aysén and Magallanes, where tourists tourists nationals and foreigners will be able to enjoy the varied alternatives offered by the mountain.»
Chile Esquía
During the activity, in addition, the program «Chile Esquía» was launched, an incitement created by the Association of Ski Centers of Chile that seeks to bring Chileans closer to white sport with affordable prices in tickets and classes.
The program is worth $15,000 and includes the daily ticket, classes and equipment and will be open for two days in August. There are 5,500 seats that are delivered through online registration, where you must select the ski center throughout the country.
«We want all Chileans to enjoy every corner of our country and the mountain range is no exception. Enjoying the snow is an excellent panorama for this winter holiday,» said the tourism headline about this plan that democratizes and encourages more people to enjoy this natural appeal.
For her part, the national director of Sernatur, called for all visitors to enjoy mountain tourism during this winter. «There are multiple experiences to enjoy the mountain range. In addition to white sports, there are trekking, climbing, hiking, ideal for adventure lovers as well as natraleza.»
Meanwhile, Aceski President James Ackerson noted that «Ski centers are an important source of employment in winter months. There are about 5,000 people who are directly hired and another 10,000 indirectly, delivering important job opportunities, especially to young people and at a time of year where temporary employability, such as agricultural activities and downside considerably.»
For his part, the director of Parks of Farellones, Mike Izquierdo highlighted the work they are doing to attract the whole family to the snow. «This year we are playing it for the little ones, we have created activities like the mini park, ranging from 3 years to come with their parents, and in addition, we have our classic activities such as sledding, canopy, tubing, fatbikes, the panoramic chair to enjoy a great winter’s day,» he said
What’s New Ski Resorts 2019
Portillo: (Valparaiso Region)
Ski Portillo turns 70 years old and is renewed. This year, snow-making capacity was increased with 25 new machines. In addition, the Family Departments of the Hotel were remodeled, reaching 90% of the total renovation of their rooms.
La Parva (Metropolitan Region)
New restaurant and ski service areas. This year La Parva will have 7 new restaurants that join the emblematic El Montañés and La Marmita de Pericles.
New pisten with winch, which will reinforce the flattening of the snow on black or red tracks, with steep slopes, in which this machine has a much better finish than a traditional machine.
El Colorado: (Metropolitan Region)
New track The Hawk.
New progressive sector snowpark.
New Ski &Snowboard classes. New calendar events.
New restaurant charters
Farellones Park (Metropolitan Region)
New double sleds
New mini-park sector for children
New Fat Bikes and Sleds
New family Tubing
New calendar events
Snow Valley: (Metropolitan Region)
Bike Park, opens in December 2019.
Randonée program with rackets.
SnowY Art Valley experience (snow sculptures
Hard Rock nights.
Wine week and food week.
Chillán Snowy (Region of Uble)
Remodeling of cafes, implementation of technologies for walkarivels and access to lifting means, purchase of two pisten bully, one with winche to improve quality of the slopes. New and improved slopes will show off Chillán’s Nevados ski center.
Corralco (Region of La Araucanía)
This year a new trawl will be inaugurated located at the base of the ski center, which will allow to continue operating when the snow and wind conditions do not allow the cornisa chairlift to operate. In addition, it allowed to duplicate the learning zone, considered one of the best in South America, due to its soft slope and its extension. Finally, the most advanced skiers will be able to access the middle area of the ski center much more expeditiously.
This season also renovated the 1600 café, turning it into a pizza and beer restaurant, which offers a wide selection of exquisite artisan pizzas that fuse local ingredients with the whole tradition of Italian cuisine.
Regarding the hotel, the renowned chef of the restaurant Valle Corralco, Miguel Catricheo, has a new menu proposal for lunch and dinner, which seeks to surprise all guests.
Ski No Limit (La Araucanía Region)
New Andarivel School of 50 meters and high-end skiing for rent.
Antillanca (Los Lagos Region)
Renewed Gastronomic Offer;
New andarivel link Medium and high mountain area;
APP to track the season.
Osorno Volcano (Los Lagos Region)
New grant of shelters. Restaurant and Event Center La Burbuja and Refugio Mountain Hostel.
Club Andino Punta Arenas (Magellan Region)
The Club has been prepared with a renewed Nordic ski slope, which will allow to carry out national and international federated novel races, giving the opportunity to enhance this discipline of snow in our country. 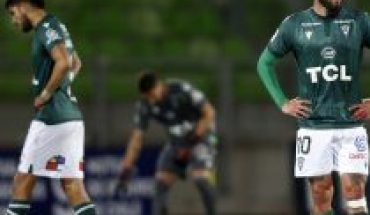