Washington — U.S. President Donald Trump lashed out on Monday at black pastor civil rights activist Al Sharpton, spawning new accusations of racism against the president following his recent attacks on black lawmakers and other ethnic minorities. Trump, seeking re-election in 2020, harassed Sharpton after a weekend marked by his attacks on Elijah Cummings, a highly critical black Democratic congressman of the president whose district represents much of Baltimore, a black-majority city.

«Al is a con man, a agitator,» Trump said on Twitter, after the religious announced a visit to Baltimore. «He hates whites and cops!» added the representative about Sharpton, who ran for the Democratic Party’s 2004 presidential nomination. Click the Google News star and follow usSharpton replied, accusing Trump of playing «the card of racial division.» «It has a particular poison to blacks and people of color,» he said, when consulted by journalists.

You can say whatever you want, call me an agitator. Yes, I caused problems for the fans, as far as I’m a con man, if I really thought I am I’d nominate myself for your cabinet, he added

The controversy broke out Saturday, when Trump called the Cummings district a «rat-infested» place where no one would want to live.» Baltimore, under the leadership of Elijah Cummings, has the worst crime statistics in the nation. 25 years of talk, no action!» tweeted on Monday, Trump. «Now, Reverend Al will come forward to complain and protest. Nothing will be done for people in need. Sad!» Baltimore, a historic 600,000-population port city, with wealthy neighborhoods but also poverty-torn districts, has one of the highest homicide rates in the country. Trump’s accusations against Sharpton and Cummings come less than two weeks after the House of Representatives condemned Trump for «racist» comments for attacking four Democratic congressmen, known as the «Squad,» who belong to ethnic minorities and are in the most progressive wing of the party.
If Democrats are going to defend the radical left’s ‘Squad’ and the King of the Failed Baltimore Elijah, it will be a long road to 2020, Trump wrote Monday.

Trump’s diatribes provoked a storm of criticism, not only from Democratic congressional leader Nancy Pelosi, but also from Democrats seeking his party’s nomination to face Trump in the 2020 presidential.Former Vice President Joe Biden , a favorite in the polls, deemed Trump’s attack «despicable.» «Once again, he has proved incapable of holding office,» he tweeted Saturday. Senator Bernie Sanders said Trump is a racist again: «This is a disgrace,» he said Sunday on CNN. The two black senators in dispute, Cory Booker and Kamala Harris, also deplored what happened. Harris, in particular, said «proud» to have the headquarters of his campaign in the Cummings district.Trump’s comments are seen as a calculated but risky move, directed both at the base of disgruntled working-class targets that contributed to bringing him to the White House in 2016, like other whites who have not decided who to support in next year’s election. After Trump’s comments against the «Squad» his approval among Republicans increased by five points, to 72% according to a Reuters-Ipsos poll.
On Monday, Sharpton accused Trump of attacking Cummings and the people of Baltimore «in the most intolerant and racist way.»
He attacks everybody. I know Donald Trump. He’s not mature enough to get criticism. He can’t help it, he’s like a child: someone says something and reacts, he said. 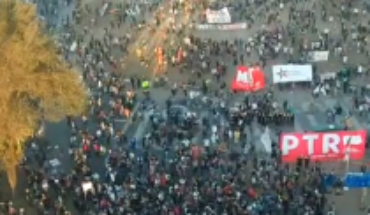 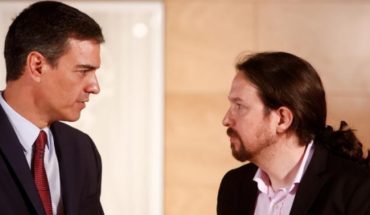