Lima, Peru.- Fifty-two years after Mexican Fernando Vallés won ring gold at the 1967 Pan Americans, his compatriot Fabián de Luna regained the scepter for his country, even if he had to disrespect an Olympic champion , Brazilian Arthur Zanetti. There was a meticulous distribution of medals in the first round of finals for artistic gymnastics apparatus of the Lima Games: five finals, five countries. Brazil, Mexico, Chile, Canada and the United States went on to collect gold.
Arthhur Zanetti, 2012 Olympic ring champion and runner-up in 2016, failed in his attempt to repeat victory at the Pan American Games by posing difficulties he failed to overcome, forcing him to cede the summit of the podium to De Luna.The favorite committed swinging excessive arms and had verticality problems that lowered his grade to 14,400, a tenth less than De Luna, safer in his movements on the apparatus considered more difficult on the men’s show. A veteran of the rings such as Argentine Federico Molinari also took to the podium, back in the upper class after tough injury seasons (14,066). Help… Click on the Google News star and follow usIf the Pan American Games had to settle a debt with some gymnast, it was with the Chilean Tomás González.One of the few South Americans who can boast of having been three times Olympic finalist did not, however, have, however, no gold at the Pan American Games. Neither did his country on the gymnastics board. All those outstanding bills were settled on Tuesday in the 70 seconds of his floor exercise. He raised a level of difficulty of 5,900, the second highest of the eight finalists, but none of them came close to the 8,700 execution points he deserved from the judges.

After the 2007 bronze and 2011 silver, absent in 2015 due to injury, he finally put his name atop the podium of what is his great specialty. The three-time Olympic finalist (jump and soil in London 2012 and jump in Rio 2016), 33, won with a score of 14,600, followed by American Robert Neff (14,166) and Colombian Andrés Martínez (14,100). The Mexican Daniel Corral, who departed from the final of the full contest for a ailment in the right man to reserve for the finals by apparatus, went out to the tapestry with a cumber in his articulation and left an excellent impression, master of the pirouette , which he tarnished with a pair of hesitations in the final stretch.

He was rated fifth with 13,933, behind Brazilian Arthur Nory Mariano, who hit the ground all but the last series and exhibited jump power and control over his own strength (13,966). Another Brazilian, Carlos Barretto, prevailed in the final of horse in arzones and increased the harvest of triumphs of his team in these Pan Americans of Lima.He had never won a gymnast of his country this specialty, traditionally dominated by Cubans, although in the the last edition was shared by Colombian Jossimar Calvo and American Marvin Kimble.

Barretto scored 13,533 and beat American Robert Neff, 13,466, and Colombian Carlos Alberto Calvo, 13,233.The women’s finals handed out golds to Canada and the United States.Elsabeth Black, the full contest champion, added another title in the jumping specialty with a score of 14,450. Cuba’s Yesenia Ferrera (14,391) prevented the Canadian double and moved Shallon Jade Olsen to bronze (14,183).
This women’s jump final had the historical anomaly of not having any American gymnasts. In contrast, the first two in asymmetric bars were of that nationality, Riley McCusker (14,533) and Leanne Wong (14,300). Black won his second medal of the day, this time in bronze (14,000). 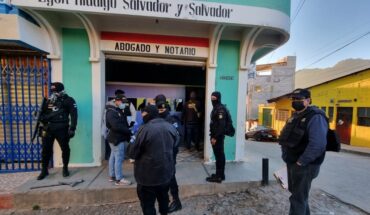 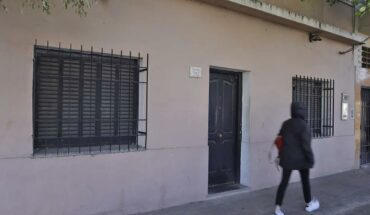