Morelos authorities found the body of Rogelio Barragán, journalist of the portal Guerrero al Instante, inside the trunk of a vehicle with several injuries to the face and head.
The State Prosecutor’s Office discovered the communicator’s body around 6.20pm on This Tuesday, July 30, when elements of the General Coordination of Expert Services, went to Circunvalación Street, in Colonia Benito Juárez in the municipality of Zacatepec. Rogelio’s body was located in a gray Jetta car, with HCM-21-96 circulation plates from Guerrero state.
Although Mexico climbed three spots is the 144th out of 180 th80th in the world
The news portal mourned the death of his companion. «God have you in his holy glory, a strong embrace to heaven,» the site posted on his Facebook account.

During Peña’s six-six years, Mexico became the most dangerous country to practice journalism in AL: Article 19
«The victim’s mother recognized the body of the one who in life named Rogelio «N» 47 years old,» said the Prosecutor’s Office who initiated a research folder for the case.
Read more: Norma Sarabia, the red-note reporter in Tabasco who wanted to be a teacher
With the murder of Rogelio, so far in the recent administration, 10 communicators killed. The last case was that of Norma Sarabia Garduza, media correspondent Tabasco Today, killed by bullets in the municipality of Huimanguillo, when she was outside her home.
What we do in Animal Político requires professional journalists, teamwork, dialogue with readers and something very important: independence. You can help us keep going. Be part of the team.
Subscribe to Animal Politician, receive benefits and support free journalism.#YoSoyAnimal 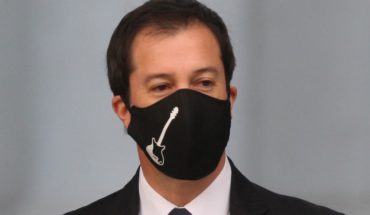