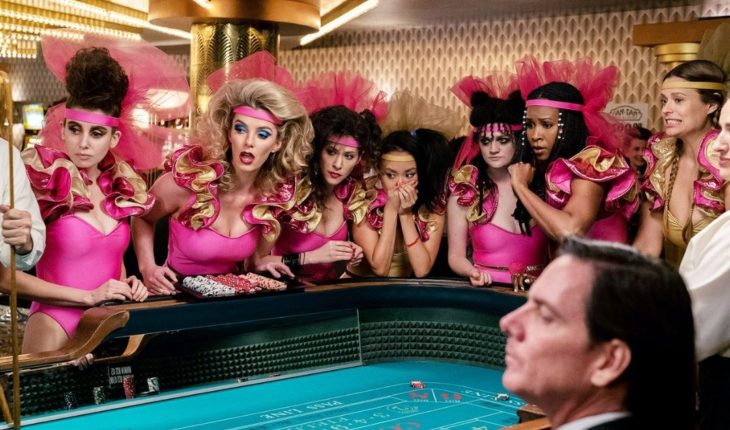 In addition to the television premieres we have already announced, August brings with it a flock of returns long awaited by the public. Many series start saying goodbye this season, and others continue to go the way to success. Dramas, comedies, police, a little animation and terror, always so well received, say present to delight us with new and old stories.

THE TERROR: INFAMY (AMC, Monday 12)The AMC anthology series, which mixes known historical facts with a rather terrifying context, leaves expeditions to the Arctic aside, to focus on a nefarious event that crossed the United States during the World War II, and it plays quite closely with the Trump administration’s current political. After the attack on Pearl Harbor, the Japanese-American community became the enemy and ended up in confinement centers. In this scenario there will be a series of rather strange deaths, and it is the fate of a young man (Chester Nakayama), to understand and fight the malevolent and supernatural entity responsible. George Takei joins in, so everything is positive.

On the Hunt for the Killer

MINDHUNTER SEASON 2 (Netflix, Friday 16)In 2013, David Fincher opened the Netflix original series game with “House of Cards” and four years later made a challenge with “Mindhunter,” a dramatic thriller based on the book “Mind Hunter: Inside FBI’s Elite Serial Crime Unit” by Mark Olshaker and John E. Douglas. The police drama centers on two Federal Bureau of Investigation officers (Jonathan Groff and Holt McCallany) who, in 1977, decide to interview different jailed serial killers to discover patterns of behavior and be able to solve other archived cases . Yes, all very much in the style “Silence of the Innocents”, but with that touch of macabre realism that adds up to the “true crime”. Anna Torv is the third leg of this team that during the new season jumps a little in time to get into the ‘Atlanta murders’, which occurred between 1979 and 1981.

THE AFFAIR FINAL SEASON (Showtime, Sunday 25)Ruth Wilson and Dominic West must deal with the consequences of their torrid romance. This dramon of Showtime could look like any Mexican soap opera, if it weren’t for the incredible performances of its protagonists, its multiple storylines and views presented brilliantly and intelligently, and that twisted, sexy and crude form of explore the truth and desire of two lovers who never sought to be, but that was the way the circumstances came. The creation of Sarah Treem and Hagai Levi swept through several awards in its first season, and has since gone a little unnoticed. Still, he arrives laden with praise and tension to this unpredictable ending.

To shine my love

GLOW SEASON 3 (Netflix, Friday 9)The eighties are still fashionable and, apparently, female professional wrestling, neither. The Gorgeous Ladies of Wrestling (GLOW) return for their third season, and this time they take Sin City by storm. This means new job opportunities, but also new adventures and conflicts for Ruth Wilder (Alison Brie), Debbie Eagan (Betty Gilpin) and the rest of the team. The comedy-drama created by Liz Flahive continues to explore the personal and professional life of this group of women who do anything in the name of the good show and, by the way, let out a few conjunctural themes regarding feminism, and that constant struggle for re epeto and equality. Sorority at the maximum power and adhesion of Geena Davis. What more do you want?

The Word of God

PREACHER FINAL SEASON (AMC, Sunday 4)As Evan Goldberg and Seth Rogen invade our retinas with “The Boys,” their other adaptation of Garth Ennis (this time with Steve Dillon), “Preacher” begins to tour his final stretch with Dominic Cooper. It all starts with the Reverend Jesse Custer, a preacher from Texas who, after losing his faith, discovers that God left his place in heaven and thus all his responsibilities. As if that were not enough, Jesse is possessed by an entiti (result of the union of an angel and a demon) that grants him the divine word and a few problems. Now, the preacher is on a mission to seek God, a simple task he will accomplish with the help of his ex-girlfriend and a vampire.

I have the power

SHE-RA AND THE PRINCESSES OF POWER SEASON 3 (Netflix, Friday 2)We neglected each other a little bit and the princess of Etheria has already put in three seasons. For those unprepared, we clarified that this new version has nothing to do with the fictionalized character of the 1980s. Instead, this animated reboot by Noelle Stevenson – a young illustrator and comic book writer who loaded the project on her shoulder – made the heroine a real role model for a new generation. Stevenson’s story doesn’t stray too far from the original, but it changes the angle and focuses entirely on Adora, orphanreceived by the Hordians (also known as the “Evil Horde”) and Hordak; raised and trained to become captain of the force to defeat the Shining Moon rebels, that is, the powerful princesses of the title. Of course, then he dispatches himself with true truth and begins to seek his own destiny, discovering that the world around her is not black and white, but is riddled with grays.

Give me all the power

POWER SEASON FINAL (Starz, Sunday 25)The Curtis Jackson-produced crime drama, better known as the rapper “50 Cent,” comes to an end after six seasons full of violence, ostentation, gangsters, cute women and loud music. The series created by Courtney Kemp Agboh (producer of “The Good Wife” and “Hawaii Five-0”, among others) follows the experiences of James “Ghost” St. Patrick (Omari Hardwick, Detective Marcus Williams of Kick-Ass), a wealthy African-American from New York, owner of a New York Successful nightclub, father of family and loving husband, who has achieved everything that has been proposed in life, partly thanks to its “parallel” businesses, being one of the most important drug distributors in the city. As you can imagine, all of this has its consequences.

To the gilit yelled neither room

DEAR WHITE PEOPLE SEASON 3 (Netflix, Friday 2)Justin Simien followed the thread of his eponymous 2014 film and dispatched with this satirical comedy-drama centered on a group of African-American students attending a school where most are white: boys face social injustices and all kinds of discrimination, each from their side. A proposal that did not fall so well at the outset, among those who do not understand its sarcasm (they even called a boycott because it was considered a racist series), but not even bad publicity managed to stop its advance, which even guaranteed this third installment.

SUCCESSION SEASON 2 (HBO, Sunday 11)Adam McKay and Will Ferrell continue to prove their most serious and dramatic side in this new HBO move, which returns for their second season. The duo makes a ympla with writer-producer Jesse Armstrong (“The Thick of It”) and, following the vein of “The Big Short” (2015), they give us this television drama that takes full into the Roy family and their media empire. At the forefront of it all, we have Patriarch Logan Roy (Brian Cox), a man of character and few scruples, who over his eighty years has forged a dynasty and the fifth most redeemable company in the United States, and is about to cede the throne to his son Kendall (J eremy Strong), or so everyone believes. A divine family that only makes themselves hate, in case they didn’t like people with a lot of money.

INVADER ZIM / ROCKO’S MODERN LIFE (Netflix, Friday 9 and 16)Thanks to Netflix, two Nickelodeon animated classics return to the screens, a little removed. On the one hand, “Invader ZIM: Enter the Florpus”, the story of an alien from the planet Irk, who is sent on a secret mission to Earth to conquer us. Here, Zim discovers that his leaders only wanted to get rid of him, causing him to lose his confidence and expose himself to being discovered. On the other, we have “Rocko’s Modern Life: Static Cling”, the friendly Australian wallaby who, after spending several years with his friends in space, must continue to adapt to his modern way.  In this note: 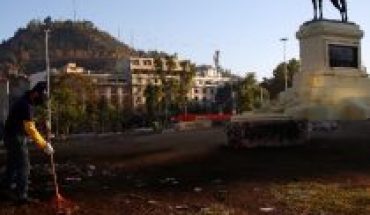 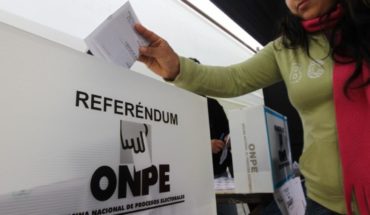 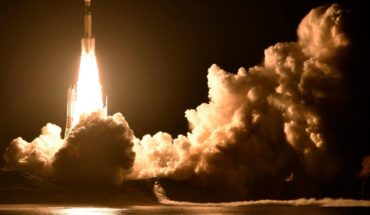