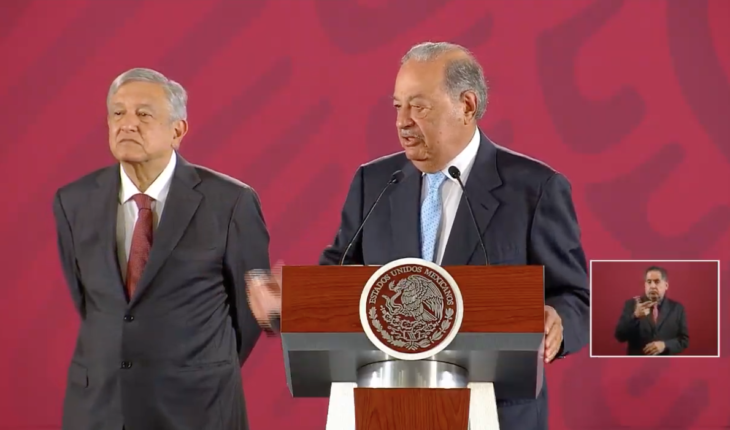 Entrepreneur Carlos Slim supported the projects promoted by the government of Andrés Manuel López Obrador, even said that it is “inconsequential” whether or not economic growth is recorded because this will be seen when public investment starts.
During the president’s morning conference, Slim Helú emphasized that the government’s investment in projects such as the refinery and the Maya Tren will generate economic activity and employment.
“What we are lacking is to make the mass investment that generates economic activity and employment. That is what the president points out, work is being done, the moment that very important investment program is laying out, things will be very different,” said Mexico’s richest entrepreneur and listed as the fifth in the world.
Read: Launches government plan to face slowdown and give ‘push’ to the economy
Mexico’s economy grew 0.1% in the second quarter of the year, fueling the recession, according to Inegi data. However, Slim said that “there are great chances of growth” and it doesn’t matter if it’s zero or -2%, because the important thing is that the government is ready to invest and generate supply and demand.
“I am convinced that we will grow well, and soon, not this year, probably this year, I do not know if we grow or not grow, it is inconsequential, what is relevant is that there is a potential and great potential for growth as has been posed through these great investments and that the projects are there and the resources are there,” he said.
Read more: IMF lowers economic forecast to Mexico; have no moral quality, says AMLO
Slim stated that there is confidence of entrepreneurs to invest in Mexico. He emphasized that at the moment Mexico is a “paradise” for investment, as entrepreneurs can access better interest rates than in other places like the United States or Europe where it is negative.
On the re-construction of the airport of Texcoco – in which he was an investor – and abandoning the project of St. Lucia, the entrepreneur noted: “That will already tell the future, I do not know, but it is one of a thousand 600 projects (government infrastructure)”.
What we do in Animal Político requires professional journalists, teamwork, dialogue with readers and something very important: independence. You can help us keep going. Be part of the team.
Subscribe to Animal Politician, receive benefits and support free journalism.#YoSoyAnimal 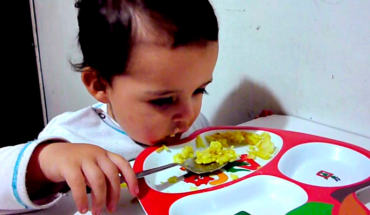 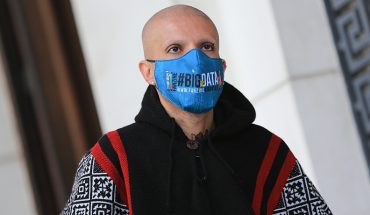