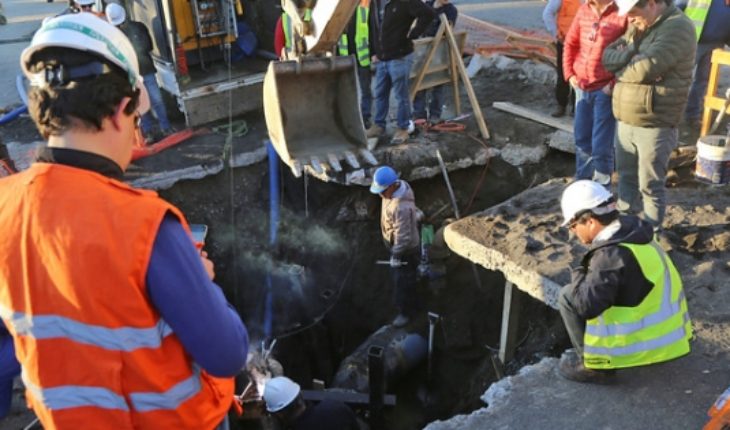 As the health company Essbio had committed, in the early hours of Sunday, it began to restore the supply of drinking water – cut since yesterday afternoon – in some sectors of Chiguayante. Unfortunately, during the replenishment process the main union failed, which resulted in a delay in the replacement time, which will now be subject to technical evaluations and will be informed during this day.
According to radio menu Biobío, at a slow but constant flow, at this hour drinking water is being injected into the Chiguayante piping system, as part of Essbio’s tests to restore supply to the 80 thousand people affected in the commune , after almost 36 hours of no service.
After 7:30 p.m. the so-called Plan A on the fault zone began to be tested, at the intersection of Cochrane and San Martín streets, a mechanical solution that would allow service to be returned to neighbors on Sunday night.
“We are the only ones responsible, this outstrips us”
After the crisis generated and four sessions of the Emergency Committee (COE), Claudio Santelices, client manager of Essbio, decided to face the questions of the press.
“It hurts us that we have not been able to restore the service yet. We are responsible, in fact, solely responsible. That’s why we apologize. Our obligation is to deliver a service that is available 24/7, so the pain is both for us and for our customers,” he said in a radio interview.
The executive indicated that if the first plan did not work, they would move to plan B, consisting of a bypass-type bridge, with which they could start pumping water between 2 and 3 a.m.
“We are hurt by a situation that surpasses us in technical aspects. This is not our standard. The authorities are angry and rightly so. We delivered a good service and demonstrated it during the earthquake, where in less than a month we were able to restore the service despite having 58 megacuts similar to this one,” he said.
Confirm suspension of classes
After a fifth session of the Emergency Committee (COE), the Bio Bío Education Seremi, Fernando Peña, confirmed the suspension of classes for tomorrow Monday at the 11 educational establishments in Chiguayante, due to the uncertainty that still exists water supply in the commune. 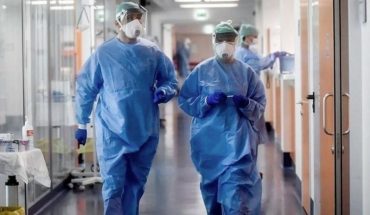 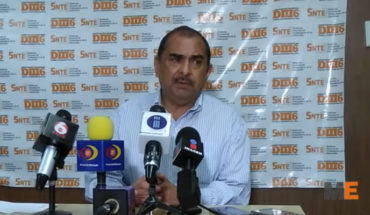