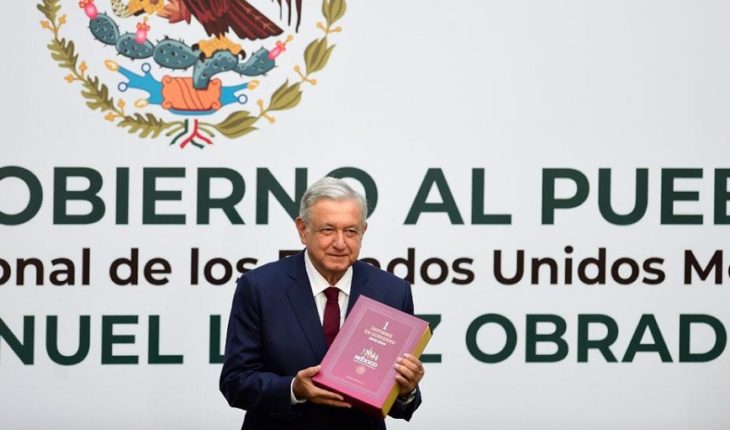 The president of Mexico, Andrés Manuel López Obrador, acknowledged this Sunday in his first government report that the economy is growing little and that the results in the fight against insecurity have not been good, although on the other hand he emphasized that there is better redistribution wealth among citizens, and that there is unity with state governments to face crime, without betting on the “war of extermination.”
In his hour-and-a-half speech at Palacio Nacional, López Obrador said that his government has worked to put aside, little by little, the “tenocratic obsession” of measuring everything based on “simple economic growth.”
The fundamentals, he mentioned, “it is not the quantitative thing but the equitable distribution of wealth,” as the ultimate goal is to achieve people’s happiness.
Read more: Austerity is not enough, economic growth is the outstanding subject: AMLO
Economic growth, he insisted, it makes no sense as an objective in itself, but as a means to achieve a higher goal, the general well-being of Mexicans. On several occasions he emphasized that the country has sound finances, that there is no recession, that the debt has not been increased, and that there was no increase in taxes or new levies for people in this period of its administration.
The head of the Executive presumed that so far in his government savings of 145 billion pesos have been achieved, with different measures, such as consolidated public purchases, avoiding the corruption and “luxurys, opulence and disrepairs” that were previously available for the public servants.
Recognizes the problem of violence
López Obrador acknowledged that, as far as his government goes, “the results are not good” in the task of dealing with the crime, so the claim of the people is justified.
“We still suffer from insecurity and violence”, the president said, although he also noted that this is an inheritance of previous administrations, who bet on the use of force, with a “catastrophic result,” of the dead, missing and a human rights crisis.
Read more: First half of 2019 leaves new homicide record; violence hike in 4 years already exceeds 70%
In his government, he said, a change of strategy has been implemented, not to bet on a “war of extermination”, but to create better living conditions for people, with jobs and education.
“We are working together with state governments and the federal government, there is no reason for divisions,” he expressed about combating violence and insecurity, which he described as his main challenge, but he also said he was confident that it will be possible to pacify the country.
“Morally defeated”
In the final part of his speech, López Obrador said that his government has been lucky enough, as those he regards as his “adversaries” have failed to conform so far “a group or a faction with the strength of the reactionaries of other times” and “are morally defeated.”

His opponents, he added, are “nervish or even out of the way,” although on the other hand most Mexicans, he said, are happy and he remains optimistic.
Defends NAIM cancellation
The federal representative reported that the outstanding contracts on Texcoco Airport or NAIM, cancelled by his government, were already settled and argued that it was the best decision, as that work would have been doomed to suffer from “constant collapses”.
Read more: Government paid 71 thousand mdp to cancel airport contracts in Texcoco: Jiménez Espriú
By betting on the construction of the Airport of Santa Lucia, the improvement of the Toluca airport and the current International Airport of Mexico City, in the end savings of 100 billion pesos will be achieved, said López Obrador, and will also achieve solve the problem of user saturation.
The role of entrepreneurs stands out
The president, on at least a couple of occasions, highlighted the role of the business sector, as he said they are cooperating and investing, with greater social commitment, creating jobs and paying the corresponding contributions.
Specifically, he thanked Carlos Slim, Carlos Salazar of the Business Coordinating Council and Antonio del Valle of the Mexican Business Council for giving preference to the national interest, in the controversy with the Federal Electricity Commission (CFE) for gas pipeline contracts, and their renegotiation.  On this subject, he also highlighted what he considered to be a “firm and propositional stance of Manuel Bartlett”, Director of the Commission.
“After long and patient negotiations it was agreed to recognize the contracts signed by the past administration, but the fee was reduced and a savings of $4.5 billion were achieved for the Federal Electricity Commission,” López Obrador said.
“This was how legal proceedings were to be avoided in international courts. Companies accepted the principle that the national interest should be above the particular interest, however legitimate it may be,” he added.
Savings
Among the savings highlighted by the president, in what he was in charge of the Executive, is the end of what he called “abusive assignment” of offices and vehicles for officials, suppressing “meaningless travel” abroad, and closing 51 representations of the country in different countries, as part of ProMexico.
He mentioned the cancellation of million-dollar pensions for former presidents, the end of private health care for senior officials, and a 50% reduction in government advertising spending.
Another point that stood out is the end with the forgiveness of taxes to large corporations, which was an “offensive privilege.”
On the other hand, López Obrador gave the figures of people who have benefited from the programs Young Building the Future, Sowing Life and welfare batches, in addition to scholarships for students. Out of every 10 households in the country, he said, at least 5 are already receiving support.
“In indigenous communities, out of every 10 households, supports are coming to nine households, and before the end of this year it will be to all the homes of the indigenous communities of Mexico,” he said.
Call to Congress
López Obrador, in his message, called on Congress, which begins a new regular session, to approve the reforms of revocation of mandate, popular consultation and elimination of the jurisdiction, starting with that of the President of the Republic. 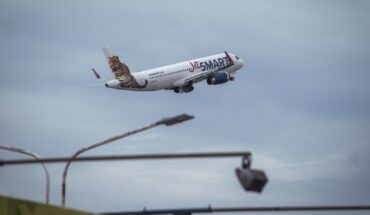 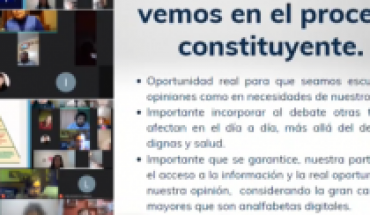 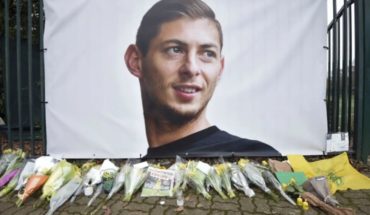